Andy Burnham under pressure over 'untold scandal' of scrutiny failings 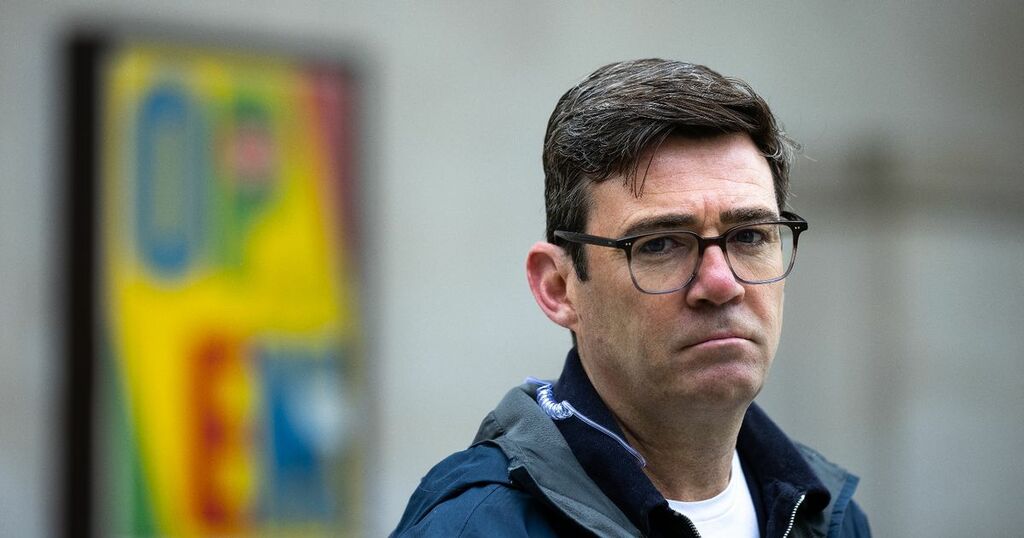 Andy Burnham is under mounting pressure over the ‘untold scandal’ of Greater Manchester’s ‘failure’ to scrutinise decisions and hold those in power to account.

Blistering attacks on the mayor and the combined authority (GMCA) were made by Lib Dem and Tory chiefs at the latest full meeting of Stockport council.

The criticism comes against the backdrop of a new HMI report that says GMP - already in special measures - is now performing so poorly it is putting public safety at risk.

To compound that, the last three meetings of the GMCA's corporate issues and reform scrutiny committee have been abandoned as not enough Labour councillors showed up.

The GMCA insists it is ‘committed to ensuring robust scrutiny’ and that the mayor makes ‘every effort’ to attend meetings - giving notice in advance where not possible.

Coun Mark Hunter, leader of Stockport’s Lib Dem group, told the meeting the city region's scrutiny arrangements were ‘broken’ and should be addressed as a matter of urgency.

The former MP said: “It’s an absolute scandal of the combined authority that scrutiny arrangements are not working and yet nobody - least of all the mayor’s office - seems particularly concerned about it.”

Coun Hunter said the problems pre-dated the pandemic, and although Mr Burnham had agreed to undertake a review, there had been ‘no progress’.

He added that the issue was more pressing than ever, given that GMP is scrutinised by the police and crime panel, and was ‘clearly performing at an unacceptable level’ by admission of the new chief constable.

“It’s a scandal and, frankly, it’s about time the mayor did something about it,” he said.

“It’s in his control, it’s up to him to sort it out - this is a massive problem.”

The Bramhall South and Woodford councillor claimed Mr Burnham had failed to attend a recent GMCA scrutiny meeting ‘at the last moment’ - having promised to be there to answer questions on strategy and be held to account as mayor.

He continued: “What’s more, for the Labour mayor and Labour councillors to continually fail to turn up to be held to account and to scrutinise combined authority work against a background of failure at GMP, HMI warning public safety is at risk, and the mayor arguing for yet more powers and money to be entrusted to him - despite the lack of functioning scrutiny- is an appalling abandonment of their responsibilities.”

Coun McGahan also criticised Mr Burnham for choosing to attend the COP 26 climate conference in Glasgow next month rather than a scrutiny committee.

“Being held to account and scrutinised is essential to democracy, wafting around conferences is not,” he said.

GMCA scrutiny committees must include 15 members and be chaired by an opposition party councillor (ie not Labour).

Ten members have to turn up for meetings to be ‘quorate’ and proceed on a formal basis.

Responding to Coun McGahan’s criticism, a spokesperson for Greater Manchester Combined Authority (GMCA) said: “Of the 10 committee members that confirmed their attendance at the corporate issues and reform overview and scrutiny committee meeting on Tuesday, October 5, one did not attend, meaning the meeting was inquorate. An informal meeting was held instead.

“Apologies were received from the mayor and from one Labour, one Conservative, and one Liberal Democrat member of the committee.

“The mayor gave his apologies ahead of the meeting on Friday October 1 as he was due to be speaking at a number of events at Conservative Party Conference and meeting with ministers to promote Greater Manchester’s comprehensive Levelling Up Deal, which has cross-party support and is backed by business leaders in the city-region. Notice was immediately given to the committee chair of the Mayor’s apologies.”

GMCA has also issued a statement on the wider issue of how political scrutiny is dealt with in the city region, as raised by Coun Hunter.

It reads: “From May 7 central government required all meetings to take place in person, and while this has had an effect on the ability of some members to attend, the majority of scrutiny committees have continued to meet regularly both before and during the pandemic.”

The GMCA has also confirmed there will shortly be an ‘independent review’ of scrutiny processes and how these can best provide ‘transparency and accountability for residents across Greater Manchester’.