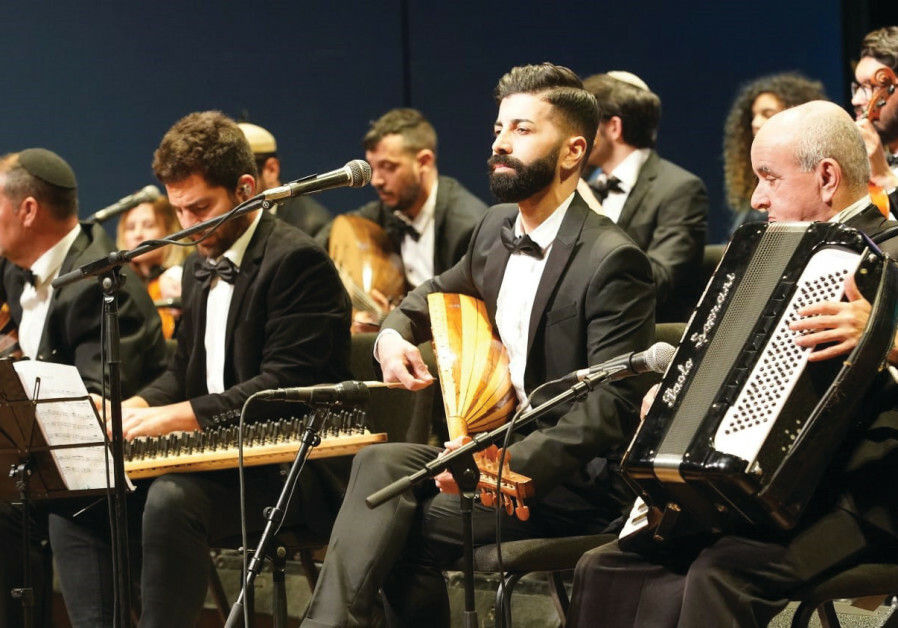 It is a time for forgiveness, and the requesting thereof. The selichot season is open, as observant Jews around the world go to the synagogue earlier than usual in the morning, to accommodate the liturgical extension to the regular weekday services.

The programmatic stretch not only involves some scheduling tweaking, but it also enhances the musical element of daily life, as the liturgical texts – or piyutim – are intoned by cantors and congregants alike.

In recent years the melodic material has made its way out of the cloistered quarters of the synagogue and, increasingly and particularly at this time of year, is proffered to the general public which makes up audiences of auditoria up and down the country.

Next up are shows in Modi’in and Kiryat Motzkin on Monday and Tuesday (both 8:30 p.m.).

While Tsabari is probably best known for his ethnic-pop and rock-leaning output, including synergies with A-listed acts such as Ester Rada and Berry Sakharov, it turns out he is pretty adept on the liturgical front, too.

Meanwhile, anyone who has ventured into the environs of the liturgical performance genre over the past three or four decades could not miss Louk’s commanding presence.

BORN IN Casablanca, Morocco, in 1942, Louk has been musically inclined, and active, ever since he can remember.

“I was in a choir from the age of five,” he recalls, adding that a leading member of the local Jewish community was instrumental in not only providing a protective wing for the youngster, but also setting him on the road to a lifetime of music-making.

“The choir was for orphans, and Rabbi David Buzaglo suggested I join it,” Louk explains. Louk’s father had died the year before. “God sends a spiritual father to care for children who don’t have a biological father,” says Louk. “He adopted me, and took me into the world of piyut.”

Buzaglo was feted as a master paytan – liturgical cantor – and composer of piyutim. He also lost both parents in early childhood, which presumably made him even more sensitive to Louk’s circumstances.

The youngster quickly began to make strides in the realms of vocal delivery, and his stylistic palette expanded appreciably when, as a teenager, he first set foot outside his native Morocco and enrolled at Schneider’s Yeshiva in the ultra-Orthodox London district of Stamford Hill.

That must have been quite a cultural shift as he was introduced to the very different milieu of the Yiddish language and the associated cantorial scores. It was a multilayered odyssey for the 14-year-old.

“For starters, we had to do a bit of wheeling and dealing to get me a passport,” Louk chuckles.

It seems the transition over to the Ashkenazi side of the Jewish world was not as challenging as one might assume.

“There were a lot of Sephardim at the yeshiva,” says Louk. The like-minded social support group must have helped, particularly when homesickness set in, but he managed to tough it out, and also came to terms with the musical challenges.

Louk was brought up on the maqamat, modus-based musical system of Andalusian music, while Ashkenazi cantorial material incorporated Western scales. “It wasn’t easy, but I did all right with that,” Louk notes. “I managed to combine them,” he adds, breaking out into a convincing cantorial trill.

Considering the progress he made in Ashkenazi cantorial climes and the kudos he garnered, that clearly smacks of more than a modicum of modesty.

It was well remunerated, too. “The Ashkenazim paid well, much better than the Sephardim,” Louk laughs.

Louk may have achieved a more than decent handle on the European cantorial approach to liturgical music, but the piyut was core to his personal and artistic DNA. “You could say I grew up with piyut, and with Rabbi David Buzaglo, of blessed memory. He was the most important paytan. Everything I have and know is from him.”

Buzaglo died almost half a century ago, but the Andalusian Orchestra audiences are currently getting some idea of his vocal gifts.

“Rafi Biton is so talented, and he has integrated recordings of David Buzaglo in the Yom Kippur selichot we perform,” Louk explains.

The orchestra’s patrons get a good return for their ticket money and also get in on the act themselves. “Rafi includes recordings of original music from synagogues, and the members of the audiences sing along with us. They complete sentences from well-known piyutim.”

Louk says audiences are primed and more than ready to join in. “This is a special time of the Jewish calendar, and people are so hungry for the music, and to take part, especially after the past coronavirus year when we weren’t able to give any concerts. In the past we have performed for audiences of 150-200 people, but now we are getting 600 people and more.”

The 79-year-old seasoned campaigner says he is particularly happy to see how the next generation or two are joining the piyut bandwagon. “It is wonderful to have [47-year-old] Shai Tsabari on the stage with me, and I see so many youngsters in the audiences.”

And it is not just Louk’s voice that has retained its youthful resonance and sonority; his mindset is just as fresh. “I am always looking for new material and new approaches. It is important to keep the music alive and vital, and attractive to new audiences. The art form has to evolve.”

Long may Louk continue to thrill and inspire us all, and keep Andalusian music at the forefront of creative and entertainment endeavors.