Analysts: 8 Companies About To Double In Size Are Still Dirt Cheap 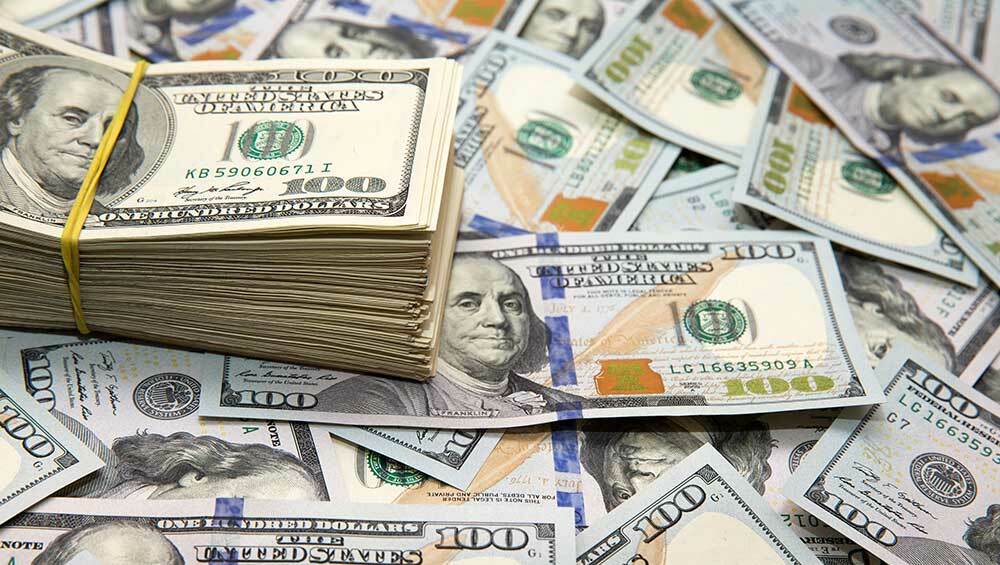 Everyone loves fast-growing companies in the S&P 500 — they just don't want to pay up to own them. And that's where some analysts are finding still-cheap companies in growth mode.

Eight stocks in the S&P 500, including health care company Moderna, energy firm Pioneer Natural Resources and consumer discretionary Caesars Entertainment, are all expected to post 100%, or much higher, revenue growth for 2021 in coming weeks. And yet, all of them are still trading for less than analysts think they'll be worth in 12 months, says an Investor's Business Daily analysis of data from S&P Global Market Intelligence and MarketSmith.

"Expectations are for strong growth," said Brad McMillian, chief investment officer for Commonwealth Financial Network, about the S&P 500. "With the economy hit by the winter delta wave and the start of the omicron wave, the question is how much damage was done."

But analysts think some S&P 500 companies are growing right through the turbulence. And worth every penny you pay for their shares.

Earnings reports to tally up 2021 are now coming out from S&P 500 companies. And investors are widely calling for another year of big growth.

Companies in the S&P 500 are expected to post 15.9% higher revenue in 2021 than they did in the previous year, says John Butters, earnings analyst with FactSet. Much of that's due to off-the-charts revenue growth in 2021 by S&P 500 energy firms. But it's important to note all 11 S&P 500 sectors are seen putting up higher revenue in the year.

And actual revenue growth could finish even stronger still. Just 4% of S&P 500 companies have reported their fourth-quarter 2021 results, Butters says. And of those, more than 90% topped revenue forecasts.

That "is above the five-year average of 68%," Butters said. "If 90% is the final percentage for the quarter, it will mark the highest percentage of S&P 500 companies reporting a positive revenue surprise since FactSet began tracking this metric in 2008."

And brace for some even bigger revenue jumps.

You won't find any company in the S&P 500 growing any faster than Moderna, maker of one of the world's premiere Covid-19 vaccines.

And part of that's backed up by fundamentals. Analysts also think Moderna's profit will jump another nearly 5% this year on nearly 19% higher revenue of $20.7 billion.

Growth From Going Back To Life As Normal

Another big theme of revenue growth is the boom in going back to some semblance of normal following the Covid-19 outbreak. Caesars Entertainment stands to gain from people going back to gathering in public.

Already, growth is seen showing up in revenue of companies putting on live events. Las Vegas gambling king Caesars is seen putting up more than 180% top-line growth to hit $9.7 billion in 2021. Analysts think the company's shares should be worth more than 131.50 apiece in 12 months. If that's right, it would mark more than 55% upside in the stock. And that's a bit of catch-up given that shares are only up 10% in the past 12 months. Caesars is due to report on Feb. 22.

Analysts also think concert promoter Live Nation Entertainment's revenue will soar more than 200% in 2021 to $5.6 billion. But they think this show is played out. They're calling for the stock to flatline in the next 12 months to 110.92.

Energy: More Where That Came From

Where are the fast-growing energy companies in the S&P 500? Four S&P 500 energy companies, Pioneer Natural, ConocoPhillips, Diamondback Energy and Coterra Energy, are all seen doubling revenue in 2021 from the previous year. Even with the stocks up so much already, analysts think all are still cheap.

It seems you can still find opportunities in fast-growing companies in the S&P 500, if you know where to look.

Fastest Growing S&P 500 Companies You Can Still Profit From