Analysis-Mexican president turns up heat on lawmakers after vote win

Mexican President Andres Manuel Lopez Obrador quickly sought to leverage millions of votes he received in a Sunday referendum on his leadership, urging lawmakers to pass an electricity bill, arguing that not backing it would be tantamount to "treason."

Having initiated a recall referendum on whether he should stay in power, Lopez Obrador was backed by over 90% of voters, even though the vast majority stayed at home.

Celebrating the unprecedented vote as a "total success" Lopez Obrador congratulated the public for supporting him, saying the tallies had historic importance, contrasting them with past votes for the opposition.

"I need to get a move on, we all do, so as not to leave works incomplete, to consolidate the process of transformation," Lopez Obrador told a news conference on Monday.

Analysts expected the president to use 15 million voters' seal of approval as a platform to step up plans to carry out economic and electoral changes that could concentrate more power in the hands of the state.

Roy Campos, head of polling firm Consulta Mitofsky, said Lopez Obrador would aim to harness his victory to underline he had been elected twice by the people, and to press ahead with plans to weaken the country's electoral body.

Lopez Obrador is due to conclude his term on September 2024, and the next president will be elected that June.

In the run-up to the ballot, the president kept pressure on opposition lawmakers and judges to support legislation he has championed to tighten state control of Mexico's electricity market.

This week Congress is due to vote on his constitutional reform to enshrine the dominance of state power utility the Comision Federal de Electricidad (CFE) over private operators.

The opposition has already said it would not support the bill, which requires a two-thirds majority in Congress, and a ruling last week in the Supreme Court has opened the door to another of his power laws facing more legal challenges.

The reform includes a provision to nationalize Mexico's lithium. If the constitutional overhaul does not pass, Lopez Obrador said that he would send another bill to Congress to secure Mexico's lithium, so as to ensure that at least part of the bill succeeds.

Jorge Buendia, head of polling firm Buendia & Marquez, expected the president to resort to decrees and other extra-parliamentary measures to circumvent checks on his power.

Ongoing legal uncertainty could keep new projects in the power market in limbo, thereby giving the CFE de facto control for the rest of the administration, Buendia said.

Lopez Obrador blamed Mexico's election authority, the National Electoral Institute (INE), for the 17.8% referendum turnout, accusing it of acting "undemocratically" and trying to suppress the vote by not setting up more polling booths.

The INE denies this, but the president, who has accused electoral authorities of conspiring with his rivals to deny him the presidency in 2006 and 2012, late last month set out plans to radically overhaul the institute.

His attacks on the INE have alarmed even onetime allies, including Sergio Mayer, who served as a federal congressman for Lopez Obrador's National Regeneration Movement (MORENA) from 2018-2021 during the first half of the administration.

Mayer said he hoped Lopez Obrador would work to forge consensus with the opposition if he did not get his way in Congress. But he felt more polarization was a likelier outcome.

"His ideology and his movement mean more to him than the country," Mayer said. "Mexico does not deserve to be divided." 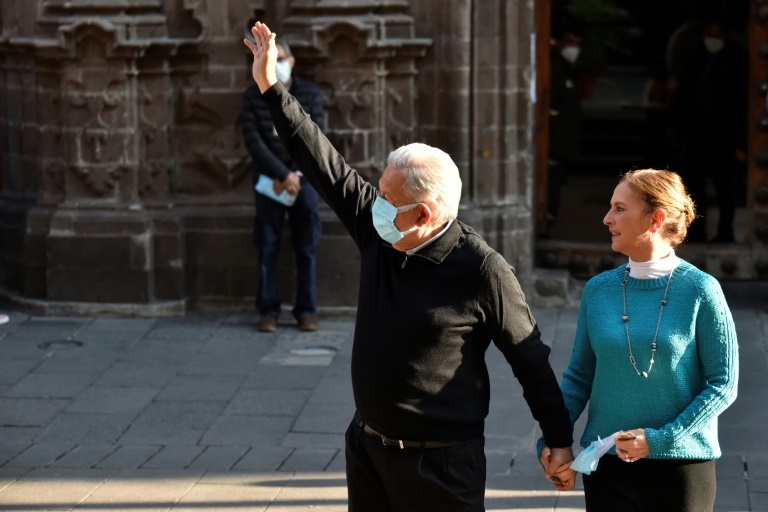 AFP
From analysis to the latest developments in health, read the most diverse news in one place.
Mexican president wins 90% backing in leadership vote he sought