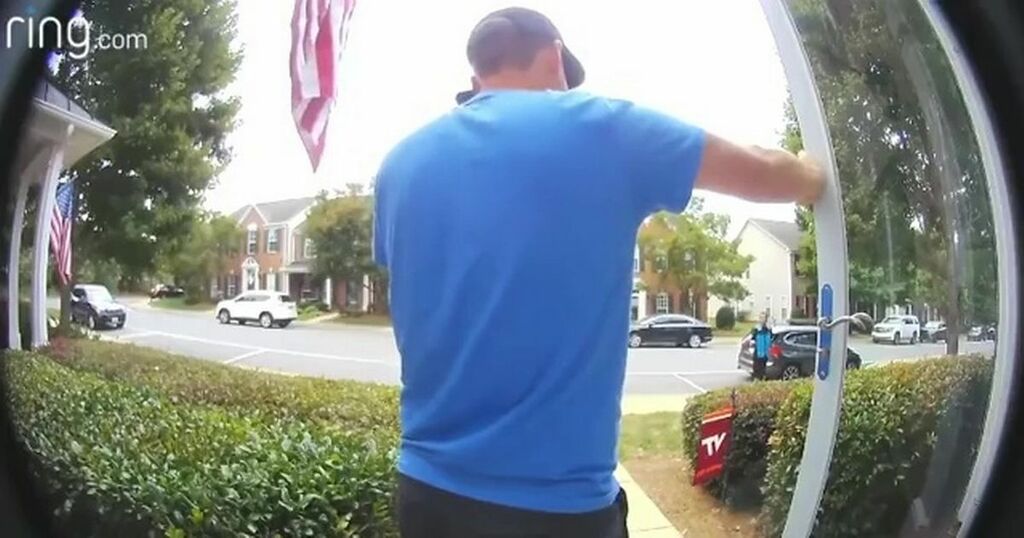 An Amazon manager has reportedly been fired after yelling abuse at a delivery driver from his own company who was dropping off a package.

In the video, captured on a Ring doorbell, he can be heard ranting at Nikolas and telling him to "walk the f*** away," while on the phone.

Nikolas's sister and influencer Heather Rose claimed that he was initially suspended from work following the incident in Cornelius, North Carolina.

She posted the footage online, adding: "Anyone who knows my brother knows he is the most quiet person & stays to himself!

"Yesterday while on the job for @amazon he was delivering a package to this man in Cornelius, Carolina.

"He begun to take pics of my brother and calling Amazon filing a complaint.

"We later found out it was Because the man didn’t like the way he parked his @amazon truck. My brother asked him why the pictures, because it’s never happened to him."

She added: "My brother is now out of a job with a brand new car and apartment! I’ve called Amazon 100 times making a complaint, I’m asking that you do the same. Or tell me something better I can do!!!"

Boynton was allegedly sacked after the video went viral on social media, and he faced claims he had racially abused Nikolas.

But in a statement to the Daily Mail, Amazon said Boynton was saying, "Nader, Nader," while speaking on the phone with "someone by the name of Nader."

His LinkedIn page - which has been removed - said he was employed as a program manager for key initatives in Amazon's transport division.

An Amazon spokesman said: "We were deeply concerned by what we observed in the video and opened an investigation into the incident.

"After speaking with both parties and working quickly to understand exactly what transpired, we took immediate action.

"We do not condone bullying or harassing behavior of any type and as a result of our investigation, we’ve terminated the individual shown bullying our delivery partner.”