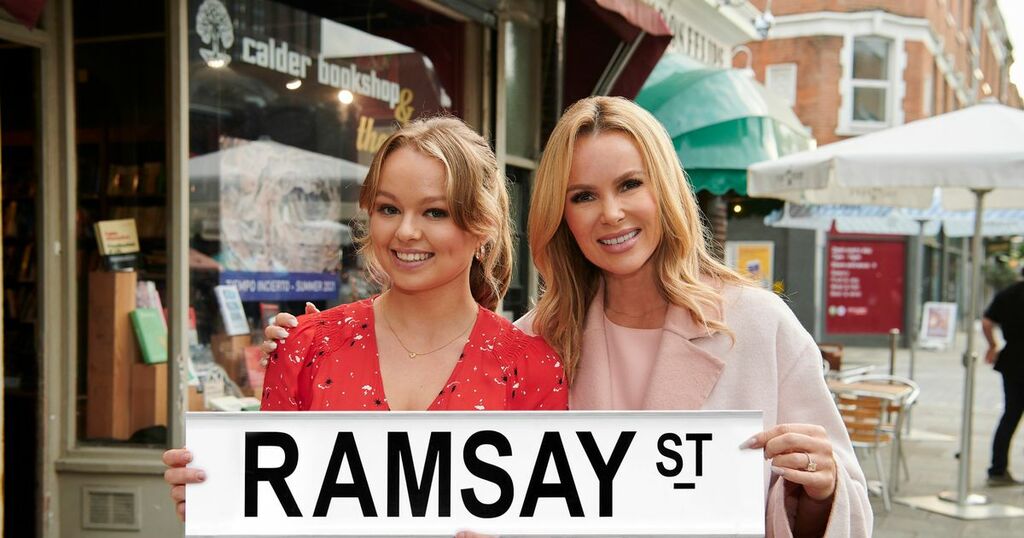 Amanda Holden has been snapped on the set of Neighbours as she films her new role in the Australian soap.

The Britain's Got Talent judge and Heart radio host will guest star in a London-based Neighbours storyline, as Harlow Robinson's aunt, Harriet.

Pictures taken on set show Amanda posing with Jemma Donovan, who plays her on-screen niece Harlow and in real life is the daughter of Ramsay Street icon Jason Donovan.

“My first day on set was such a fun and surreal experience," Amanda told PA News.

“If I’d told my 12/13 year-old self I would one-day appear in Neighbours I’d have never believed it.

“So many people were beeping in their cars and passers-by assumed that Jemma was my real daughter because we look quite similar.

“I can’t wait to continue the journey of my character Harriet.”

In Amanda's storyline, Harlow and Harriet reunite in London to solve a family mystery about Hardlow's mother and Harriet's sister, Prue, who was played by Denise Van Outen back in 2019.

Amanda's first day of filming took place in London’s Waterloo area, with her scenes due to air in the UK and Australia next spring.

Neighbours airs in the UK on Channel 5.