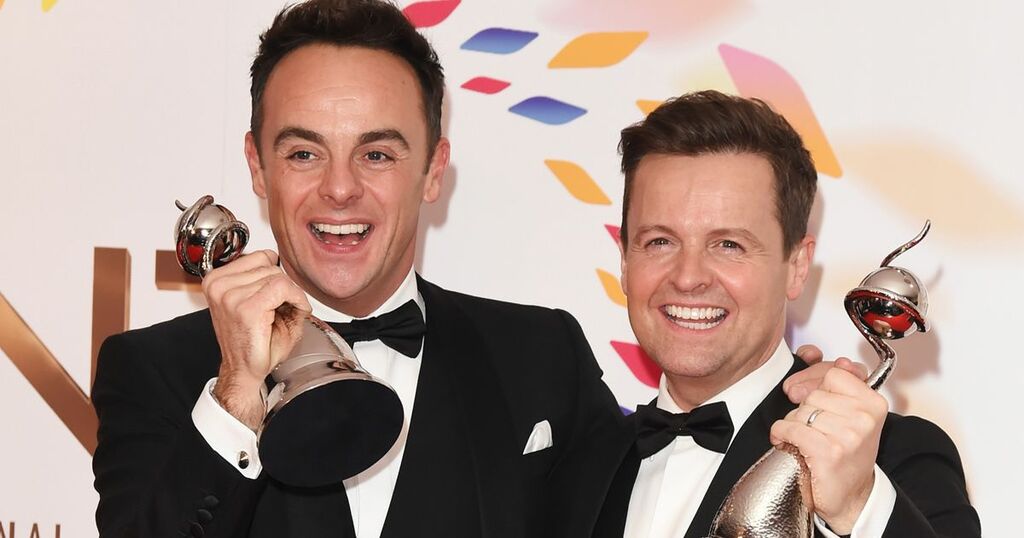 Ant McPartlin and Declan Donnely are no strangers to the National Television Awards having won the Best Presenter gong a whopping 19 times, however as the bash returns tonight their pal Amanda Holden has revealed the duo are 'terrified.'

The Geordie pair, who have a string of TV hits under their belts from I'm A Celebrity... Get Me Out Of Here! to Ant and Dec's Take Away are up for Best Presenter again, but Amanda says they're not counting any chickens.

Speaking on her Heart Breakfast show today she said: "I spoke to them about this at David Walliams ' [birthday] bash and they said they're always ever so nervous every year because at one stage they're not going to win it."

Amanda's co-host Jamie Theakston suggested that as it’s the 20 th year, the NTAs should retire the category altogether and just call it the Ant and Dec Award

Amanda suggested an alternative saying: "Or they should say 'This is the last time we want to win it. Just take our names out of the hat.'"

Someone who won't be hoping the pair waltz off with another gong is outspoken broadcaster Piers Morgan.

Piers says he is determined to beat favourites Ant and Dec and win the Best Presenter gong at tonight’s Awards.

Piers, 56, has urged viewers to vote for him if they are outraged he was forced to leave the Good Morning Britain show for 'expressing his opinion'.

He said that Ant and Dec, both 45, would also be horrified if he bags the award – joking that the duo would need a medical team on standby.

Piers added: “I deserve to win because everyone’s sick and tired of Ant and Dec automatically winning this award, which bears no relation to reality.

“They’ve done nothing special in the last year, even they would admit that.

“I think it’s time the procession came to a shuddering halt and the Morgan bandwagon was rewarded with glory.

“We can’t have those two little vain-glorious Geordies standing there for the 20th consecutive year."

And referring to Ant's drink driving charge in which he took a hiatus from his presenting duties Piers quipped: "“Ant got one one year when he hadn’t even worked. It’s ridiculous."

The ubiquitous pair will be back on our screens soon as the new series of I'm A Celebrity launches once again from Wales.

Ant, Dec and a host of hopeful celebrities will be returning to Gwrych Castle as Covid restrictions put paid to any travel to Australia.

The National Television Awards are on tonight on ITV from 7.30pm.

Heart Breakfast with Jamie Theakston and Amanda Holden is on weekdays from 06:30 – 10:00.