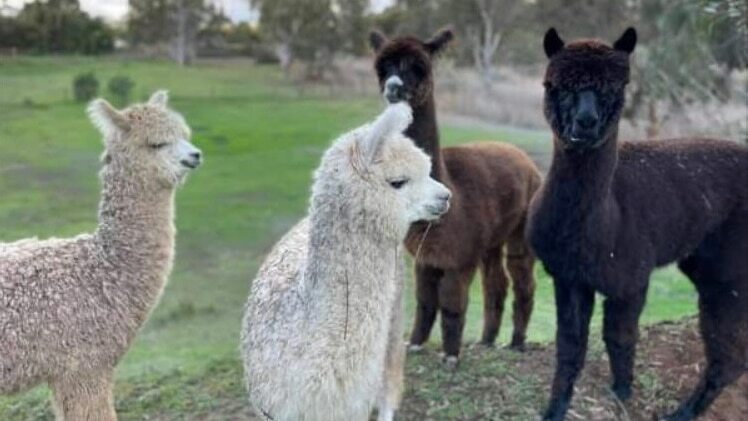 Children at an Adelaide Hills childcare centre have been left devastated after three of the site's much-loved alpacas were mauled to death, with staff now desperately trying to identify the dogs and the owners responsible.

Mandy Dolman, who runs the Callington Family Day Care centre, told ABC Radio Adelaide she had discovered the scene of "carnage" on Monday morning, minutes before children started to arrive.

Only one of the centre's four alpacas, all males, survived the attack, with one found dead and two others put down because of the horrific extent of their injuries.

"[It's not] anything anyone needs to see, especially the children," she said.

"If you own those dogs then you need to be responsible, because it could be a child next."

It was one of a number of dog attacks around Adelaide in recent days, coming after a pedestrian was mauled at Cowandilla on Saturday and a woman was seriously injured in Gawler after being set upon by a neighbour's French mastiff.

Ms Dolman, who lives on-site but "heard nothing", fought back tears as she described the scene.

The incident has been reported to two councils in the area, and Ms Dolman said efforts were now underway to try to identify the dogs and the owners believed to be responsible.

"We've had the vet out and she's done an extensive look into the injuries, she said it's definitely a dog attack. Alpacas generally are herd animals and they will protect each other," Ms Dolman said.

Surviving alpaca Jasper was taken back to the property of local breeder Jodie Burr, who owns Mioshi Park Alpacas and raised the four animals from birth.

Ms Burr said she received a call on Monday morning from Ms Dolman, who was "extremely distressed".

"The four alpacas had been attacked by a dog. One of them was dead and two of them were lying on the ground in agony with blood all over them," Ms Burr said.

One of the animals was immediately euthanased and another alpaca had "massive injuries, so the vet put him to sleep as well".

"At this stage, I've got the only survivor alpaca back at my property. He's in with my little baby alpacas," Ms Burr said.

"They wouldn't have hurt a fly, they were just perfect for the kids and the kids absolutely adored them.

The childcare centre is a 2-hectare site next to the local school, kindergarten and oval.

Ms Burr, who has been breeding alpacas for about eight years but has never witnessed anything like it before, said her concern was that "next time, these dogs could kill a child".

She said local authorities were investigating.

"The owners definitely know who's killed the alpacas because their dogs would have arrived home covered in blood. They've obviously gone into hiding but they need to come forward," she said.