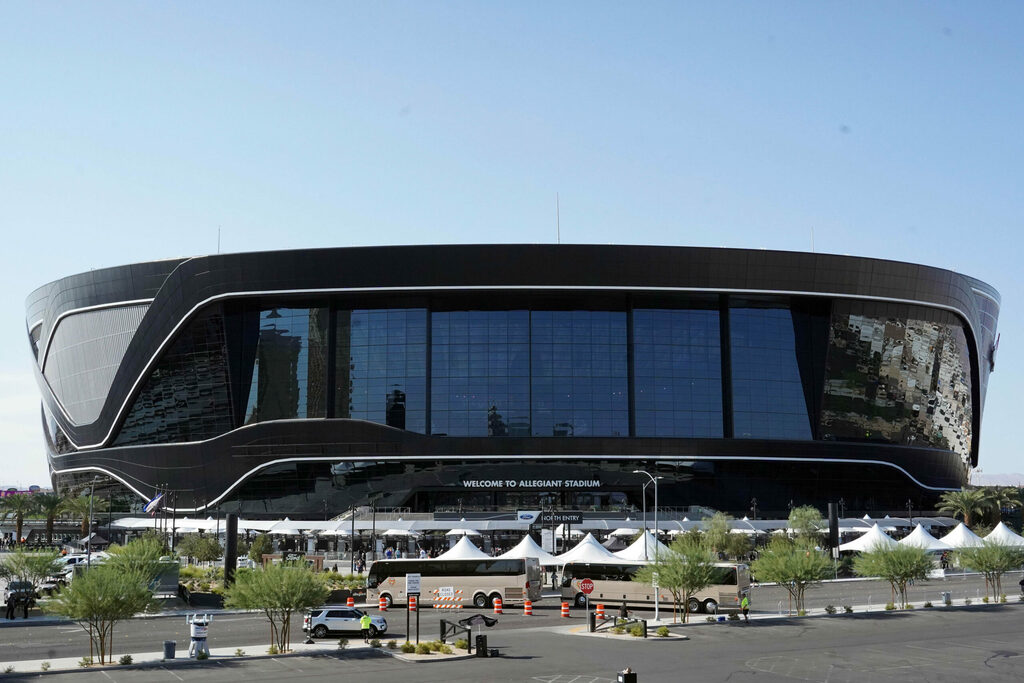 We’ve said many, many times how awesome Allegiant Stadium in Las Vegas is, from its Death Star look to how cool it looks all lit up to how it looks like a Roomba from above.

And now, there’s a new feature coming — the exterior video board looks like it’s going to be operational after it was tested last year but wasn’t fully functional, per the Las Vegas Review-Journal.

The only thing is … it really looks like it could be distracting to drivers passing by the home of the Las Vegas Raiders. So: PLEASE be careful if you’re driving by.

Check out the footage of what it’ll look like when it’s all up and officially running:

The media mesh screen on @AllegiantStadm appears to be about ready for showtime. pic.twitter.com/ukfLKswg99 #vegas #raiders #stadium #raidernation

We can finally watch football while driving on the highway! pic.twitter.com/WUIECos7GO