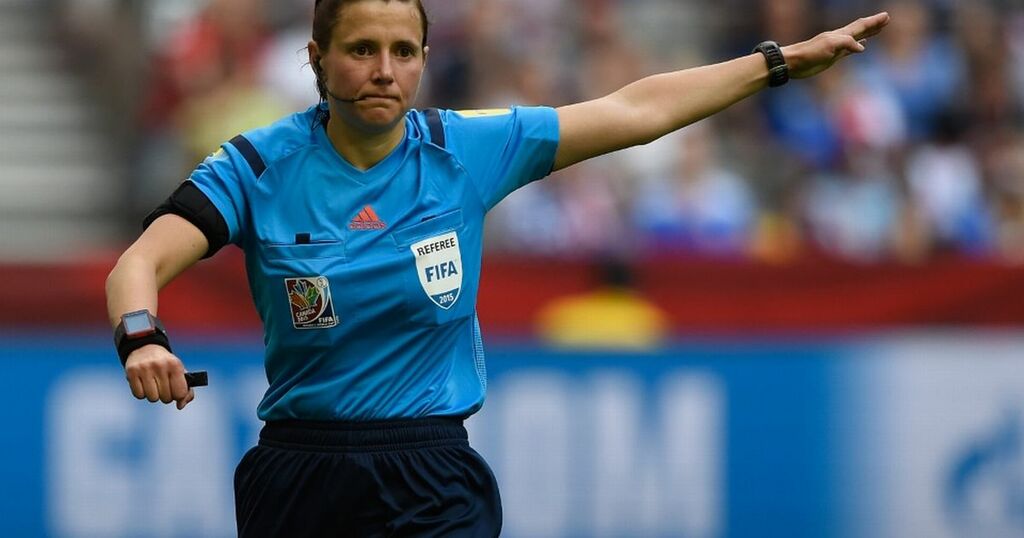 England 's clash with Andorra on Saturday evening will be officiated by an all-female refereeing team for the very first time.

Kateryna Monzul has been named as the referee, while fellow Ukrainians Maryna Striletska and Svitlana Grushko will line up as her assistants.

Monzul has previous when it comes to taking charge of senior men's international football, when she was an integral part of the first all-female refereeing team to officiate when San Marino faced Gibraltar in the Nations League in November of last year.

The 40-year-old is also well-versed with the most high profile women's matches, featuring in both Women's World Cups and European Championships as well as a regular staple in the Ukrainian men's Premier League.

And she will now lead an all-female set of officials taking charge of England men's team for the first time at the weekend.

Though the fourth official and assistant VAR are both male in Denys Shurman and Viktor Matyash respectively - Frenchwoman Stephanie Frappart will take charge of VAR duties.

Frappart herself has made history in recent years when she became the first female to officiate in a men's Ligue 1 clash, before she went on to be handed the responsibility of the 2019 UEFA Super Cup between Chelsea and Liverpool.

The all-English affair made Frappart the first woman to officiate in a major men's European match.

The English game has also seen a female official oversee a men's game this year, after Rebecca Welch made history as the first woman to take charge of an EFL game.

Welch was the referee for Harrogate's 2-0 home defeat to Port Vale back in April.

In terms of the game's consequences, England are currently top of their World Cup qualifying group but could potentially extend their lead with a win against minnows Andorra.

Gareth Southgate's side have enjoyed a near faultless qualifying campaign thus far, taking 16 of a possible 18 points in Group I.

HAVE YOUR SAY! Should Southgate have recalled Abraham and Tomori? Comment below.

There have been a number of changes in terms of personnel for this round of fixtures, with Tammy Abraham earning his first call-up since 2019 after impressing since his Serie A switch to Roma.

Fellow former Chelsea star Fikayo Tomori has followed a similar pattern, leaving Stamford Bridge for the bright lights of Italy, the central defender excelling at AC Milan and earning a call-up in the process.

Southampton's James Ward Prowse is also in the squad, the Saints midfielder one of the few unlucky players to be culled from the final squad for Euro 2020 after being named in the provisional side.