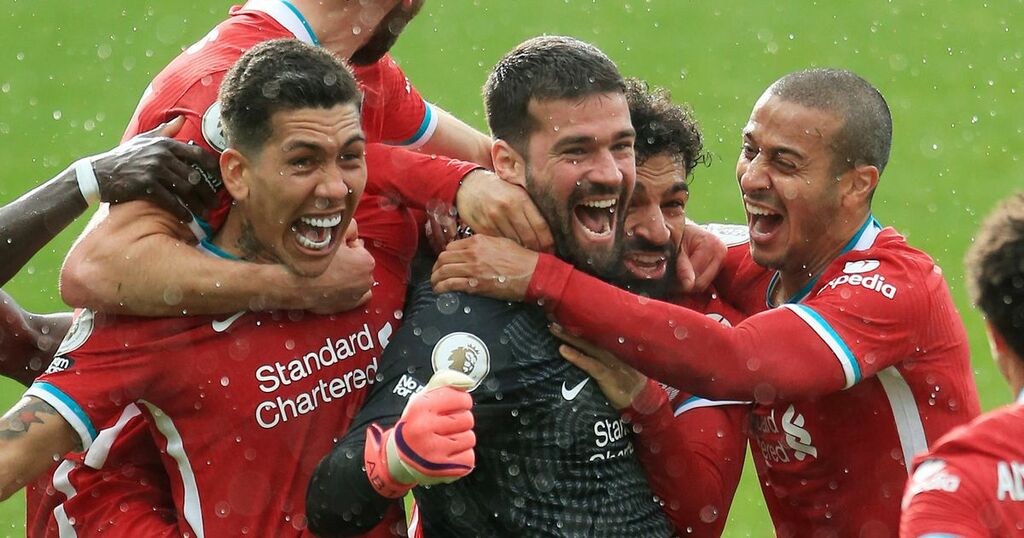 Alisson Becker outlined Liverpool's desire to win the Champions League again as he reflected on his match-winning contribution that helped them qualify.

The Brazil international became the only goalkeeper to score in 129 years of club history when he headed home a corner in stoppage time to seal a vital three points at West Bromwich Albion in May.

That victory helped Jurgen Klopp's side book their place in this season's European Cup as they eventually went on to finish third by winning eight of their last 10 games.

The impressive header was wildly celebrated at the Hawthorns and Alisson was asked again about the famous moment when he faced the media ahead of Wednesday's visit from AC Milan in the Group B opener at Anfield.

"It is really hard [to win the Champions League]," Alisson said.

"Myself and my team-mates, we will try again really hard and it starts against AC Milan.

"It's a really hard opponent but we have our goals and our targets.

"First, it is to go through to the next phase and obviously the biggest goal is to win the Champions League."

On his goal at West Brom, he added: "That was good, huh? It was a good feeling!

"I think everyone has a good feeling who is not a Liverpool supporter. I think I made a lot of people happy.

"But yes, it was really important for us as a team.

"I told the team after I scored the goal, I said it would be even more important if we qualify for the Champions League and we are here now.

"I am happy about that and I am really sure that what helps more wasn't just that goal, but what the team does in every game to try and achieve the victory and the three points.

"It wasn't just my goal that brought us here to the Champions League, but [also] what we did during the season and that was really difficult for us with everything."

Liverpool's No.1 also detailed his happiness at seeing the defensive ranks in front of him benefit from more consistency this season in terms of personnel.

The Reds were forced to name 20 different centre-back partnerships last time out because of long-term injuries at the heart of the defence but Klopp has named just one so far with Virgil van Dijk starting alongside Joel Matip.

He said: "It's really good to have them back on the team, not only for me, but for everybody.

"Virgil, Joel, Joey (Gomez), they are the kind of players that give you the feeling of safety and they can help us to bring some consistency that is the main part of our way to play.

"To play to win titles you need a team of consistency, who plays and defends in a consistent way. If you can have a clean sheet, you are halfway to victory.

"So counting on them is really important for everybody. Joel has shown in the last match (against Leeds) that he can contribute as a playmaker!"