Alice Cooper, Rob Brydon, Diversity and Katherine Ryan among the first acts to to perform at Swansea Arena 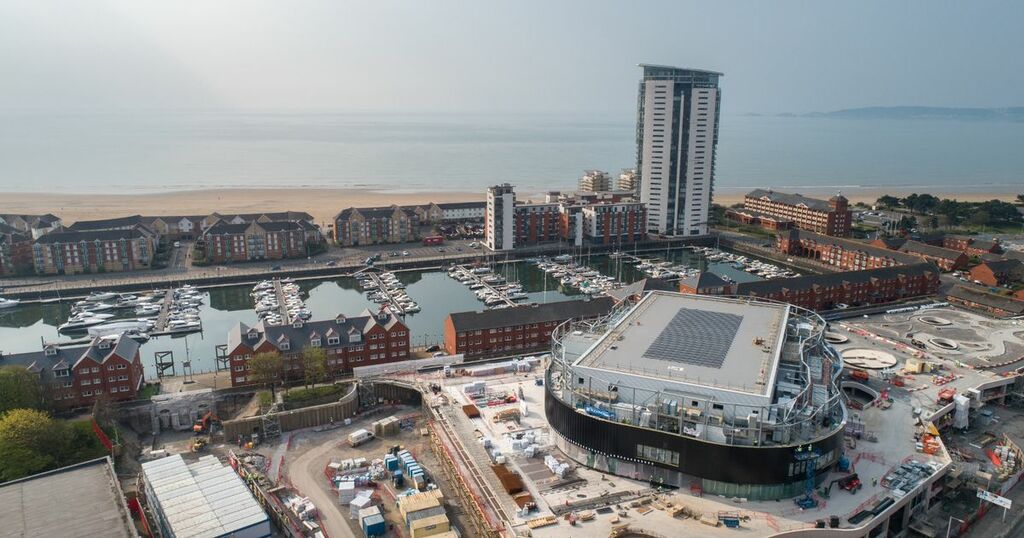 Alice Cooper and The Cult are among the first big name music acts coming to the brand new Swansea Arena.

The veteran American singer will be joined by the English rockers on a double headline tour which arrives at the venue on May 23 next year.

And they will be preceded by performances from comedians Rob Brydon and Katherine Ryan.

The headline opening act planned for the arena will be named in the coming weeks.

The artists are the first to have been confirmed at the 3,500 capacity venue under construction on Oystermouth Road, as part of the first phase of the £135 million Copr Bay district being developed by Swansea Council.

Read more: The big events, concerts and gigs in Wales planned for 2021 that have been rescheduled again or even cancelled

Work on the arena is due to be completed this autumn and will open its doors early in 2022, hosting music, comedy, theatre and conferences.

Ambassador Theatre Group, which operates the arena, has finally made the first announcements on the big name stars who are due to appear at the venue.

Tim Batcup, critic at Classic Rock magazine, said: "This is a real coup for the new arena, with two big names from the classic rock gentre.

"It's a strong start whichever way you look at it".

Rock legend Alice, the man behind anthems School's Out and Poison, had a top 5 UK album chart hit with Detroit Stories last year, and is famed for his spectacular stage shows involving snakes, guillotines, monsters and gore. The Cult meanwhile celebrated the 30th anniversary of their Sonic Temple album with a sold-out world tour.

Rob Brydon, who hails from Baglan, will bring his ‘Night of Songs & Laughter’ to Swansea on Saturday, April 30, while Katherine Ryan will present her brand-new show ‘Missus’ on Friday, May 13.

Dance fans will be able to watch Diversity take to the Swansea stage after the group added an extra date to their 'Connected' 2022 tour due to the demand and they will perform on Tuesday, June 7.

The theme was created by Diversity's lead member Ashley Banjo, 'Connected' centres around the world of social media, the internet, and the digital era we now live in, which connects us all.

Swansea Arena is expected to play host to 200 performances across music, comedy, esports, sport and conference events for an estimated 230,000 visitors each year.

General Manager, Lisa Mart said: “We’re absolutely over the moon to reveal some of the amazing artists that we are bringing to Swansea Arena next year. These are some of the most high profile music, comedy and entertainment acts out there, and for most, aside of course from the wonderful South Wales born Rob Brydon, this will be their first show in Swansea.

“This is the beginning of something truly special; we will be sharing news of further shows over the coming weeks and months, including our yet to be revealed opening act. Watch this space for further announcements!”

The arena forms part of phase one of the £135 million Copr Bay, which is being advised by development managers RivingtonHark, also includes a 1.1-acre coastal park, a landmark bridge over Oystermouth Road, car parking, new homes and spaces for leisure and hospitality businesses.

Councillor Rob Stewart, Swansea Council Leader, said: “We’re delighted that the arena tenants and operators ATG have already secured acts of this quality for Swansea Arena. Many of the acts have never performed in Swansea before, so this shows the impact our new arena development is having.

“This will help build excitement towards the announcement of many more acts in coming weeks and months, including the main opening act for Swansea Arena.

“At the heart of the city’s emerging new £135m Copr Bay district, the new arena will be a world class destination for local people and visitors to the city. It’s one feature of a multi-million pound regeneration story unfolding across Swansea that will create well-paid jobs for local people and attract significant further investment as Swansea is transformed into one of the UK’s best cities to live, work, study and visit.”

The arena also forms part of the Swansea City and Waterfront Digital District project which is being part-funded by the £1.3 billion Swansea Bay City Deal.

Tickets for the shows will go on general sale from Friday, September 17, at 10am on swansea-arena.co.uk