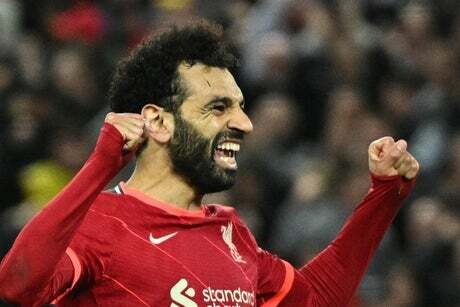 Premier League top scorers 2021/22: Salah, Son and Ronaldo in race for Golden Boot - full goals and assists
As the gripping battles for title glory and Champions League qualification reach their exciting conclusions this week, so too does…

The Portuguese winger has been exceptional en route to Scottish Premiership title glory and a £6.5m agreement is understood to be close.

McLeish admits any early fears Jota would be style over substance were quickly eased as the 22-year-old thrilled Parkhead punters with goals and assists.

And now he expects the wide man to be an integral part of the Celtic side who will go straight into the Champions League group stage.

“Even though I’m a Rangers fan, you just look for a player like that to get on the ball. You think he can do really good things with it. With his contribution and scoring, he looks like he is ready to go to an even higher level.

“That would be a great, great business. It seems as though he’s happy, he says the right thing in his television interviews. You would think he would want to stay at Celtic.

"Maybe produce that level of football for the next couple of years. Hopefully, Rangers and Aberdeen keep him quiet.

“At first you thought: ‘Ah, he is just a fancy Dan,’ as he did tricks and stepovers, things like that.

“But no, he’s got a hell of a lot in his locker. He’ll have gained confidence over the year after the season he’s had with Celtic.”