Alcohol is actually GOOD for you – but only if you're over a certain age, says study

By Malvika Padin
AlcoholInstitute for Health Metrics and Evaluation

Moderate alcohol consumption is often thought to have some health benefits. However, according to new research, alcohol only benefits older people.

The global study by the Institute for Health Metrics and Evaluation was published in health journal Lancet and looked at alcohol risk by global geographical region, age, sex and year, analysing 30 years of data on people aged between 15 and 95 across 204 countries.

Here's what you need to know about the study and the impact of alcohol on health.

Is alcohol good for health?

No amount of alcohol is healthy if you're younger than 40, according to a new study. This is mostly due to alcohol-related deaths by auto accidents, injury and homicide.

However, if you're 40 or older and without any underlying health conditions, the study found that small amounts of alcohol may reduce your risk of cardiovascular disease, stroke and diabetes.

Senior author Emmanuela Gakidou, professor of health metrics sciences at the Institute for Health Metrics and Evaluation, explained: "Those diseases just happen to be major causes of death in a good chunk of the world. So when you look at the cumulative health impact, particularly among older adults, it shows that a small amount is actually better for you than no drinking.

"For all other causes, it's harmful at all levels of consumption."

Despite benefits against a few diseases, alcohol consumption doesn't help many other illnesses like tuberculosis, hypertension, atrial fibrillation, liver disease, epilepsy, pancreatitis and many types of cancer.

How much alcohol is healthy for you?

The study analysed the risk of alcohol consumption on 22 health outcomes, including injuries, cardiovascular diseases and cancers, using the 2020 Global Burden of Disease data.

Using these figures, researchers estimated how much alcohol a person can drink before they take on excess health risks. They found that the level of alcohol that could be consumed without increased risk to health went up throughout our lifetimes.

Meanwhile, for those aged 40-64, the safe alcohol consumption levels were higher, ranging from around half a standard drink a day to nearly two drinks.

Among those aged 65 or older, the safe level was even higher at a little more than three standard drinks a day. 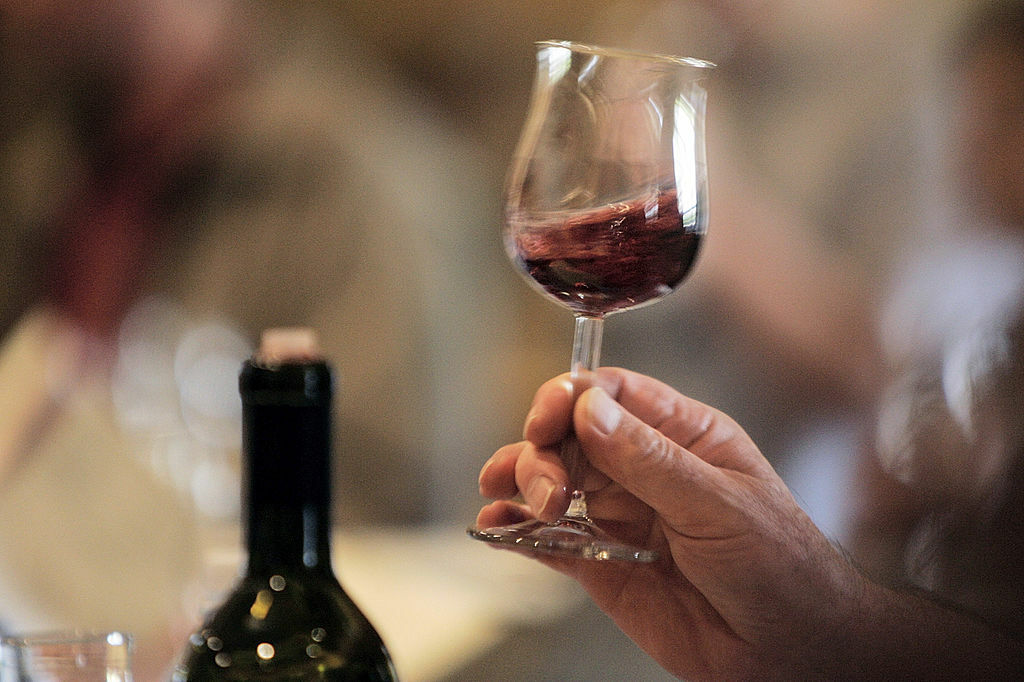 Older Adults May Benefit From Drinking Small Amounts Of Alcohol
This is the first study to report the risks of alcohol consumption by age, geographical region, sex, and year.

Zenger
From analysis to the latest developments in health, read the most diverse news in one place.
Hangover cure: Probiotic pill claims to prevent feeling bad the morning after drinking

The pill is aimed at those who do not want a hangover after drinking the day before. But can these…

Consumption among the heaviest drinkers in Scotland has increased since the measure was introduced, researchers say.

Researchers have found that feeling young can increase the chances of successful rehabilitation from medical conditions, such as stroke.

The New Daily
Being single could increase your risk of stomach cancer, study claims

With 4,000 new cases of stomach cancer every year in the UK, recent research claims that a single relationship status…

Daily Mirror
One place to find news on any topic, from hundreds of sites.
Risky Business: A Glass Of Wine A Day May Lead To Alzheimer’s

Consuming just seven units of alcohol a week - half the recommended maximum - fuels iron in the brain.