THE Alba project “must be over” after a disappointing council election which saw the party fail to win a seat, one of the country’s top political experts has said.

Professor John Curtice was speaking after Alba failed to return any of its 111 candidates to a Scottish council, including the party’s general secretary Chris McEleny.

McEleny (below), who had been seen as the party’s best chance of winning a seat, won 126 first-preference votes in his ward of Inverclyde West.

However, the Alba man insisted his party had “much to be positive about” and that they were “fully committed to continuing our campaign for independence”.

Curtice said that the party, which has sought to carve out a space for itself from the significant pro-independence voting block dominated by the SNP and Greens, had “completely failed”.

He said: “Alex Salmond has completely failed to split the nationalist movement. That attempt to re-road the SNP’s dominance did not work and it must now be over, surely.”

He added: “They’re averaging 2% of the vote. It’s fought two elections and frankly achieved nothing.

"I imagine that, at the moment, its two MPs are going to be out on their ears at the next General Election.”

Alba has two representatives at Westminster in Neale Hanvey and Kenny MacAskill. However, both were elected under the SNP banner and defected ahead of the Holyrood elections in 2021.

Asked if Alba might be laying a solid base on which to build future success and see councillors or even MSPs elected 10 years down the line, Curtice was dismissive.

“They could,” he said. “If they survive that long.

“I think it’s true that you can still find in local government elections Liberal Party candidates, there is still the Social Democratic Party, but these guys do not have any impact or any influence.”

Asked if he was comparing Alba’s future to those two parties, Curtice said: “Well, at least the SDP had some success for a while.”

Responding to Curtice’s comments, McEleny said: “Although we didn’t get the result we hoped for, there is much to be positive about. We successfully fielded 111 candidates across Scotland only a year after we formed.

He went on: “Alba are the only party that is putting forward a thought-out plan and a positive vision for independence. For as long as there is inaction on independence and the mainstream parties fail to address the serious nature of the cost-of-living crisis then Alba will be here putting forward the ideas and the policies that Scotland needs right now.

“The SNP have promised that there will be a referendum on independence next year ‘no ifs no buts’, therefore we are fully committed to continuing our campaign for independence as we aim towards that. This is something the SNP must deliver and if they do then the entire Yes movement will unite to campaign for Scotland’s independence.” 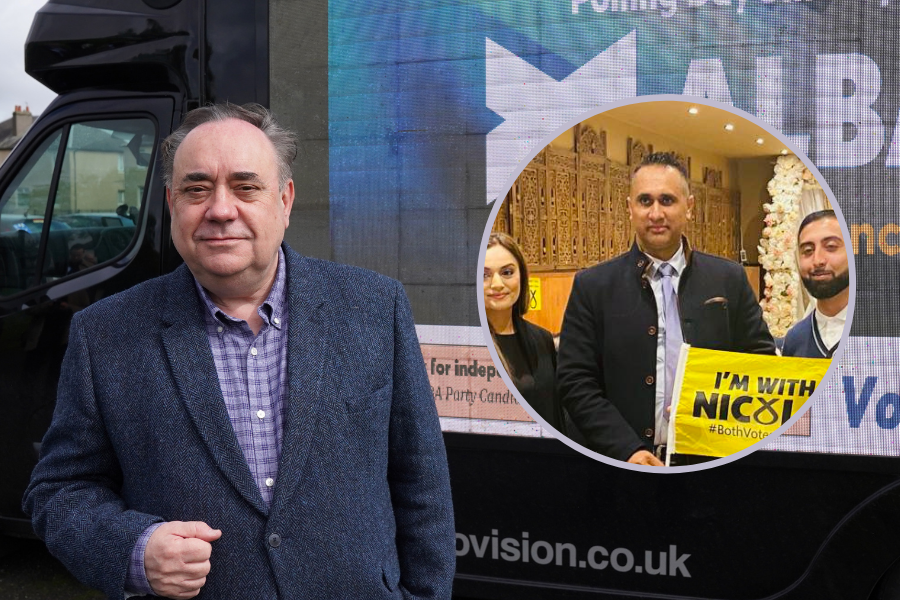 THE Scottish Greens achieved something at the recent council elections that the Unionist parties could not – they took votes from the SNP.