Apparently the Liberal Party now has to decide whether to move to the right or to the left.

It’s a very consequential decision, for it and the country, and a debate has started up in and around the party. Everyone and their budgie has an opinion.

“Go left”, say the lefties (aka moderates); “go right”, says the IPA, Sky After Dark and most of the Nationals.

Your correspondent’s opinion, since having one is obligatory, is that if the Liberal Party goes to the right, whatever that means, it will be doomed and politics in Australia will be transformed.

That’s because the teal independent movement – made up largely of climate change conservatives – isn’t going away and at every election from here on, the global temperature will be hotter and extreme weather events more difficult to ignore or explain away.

In other words, global warming will become more of an issue, not less.

And the only thing that has consistently and coherently defined the right for the past 15 years, the thread through conservative V-neck sweater, has been opposition to action on climate change.

The fossil fuel industry brilliantly made it a left/right issue 30 years ago and then funded the right; in Australia it has been the maypole around which the conservatives have danced since 2009.

So is that what “moving to the right” would mean? Ditching the commitment to have net-zero greenhouse gas emissions by 2050 and defiantly promoting more coal-fired power stations and gas projects?

Or does it now also mean being nasty to transgender people? Or cutting taxes while slashing government spending to repair the budget, or saying you’ll do that while doing the opposite?

Or is it enough to simply go around shaking a fist against elites and the dark forces of wokeness?

That all looks rather like a dead-end street leading back to the opposition benches – if they’re lucky. If they really work at it, the Liberal Party could find itself on the cross-benches.

But here’s a crazy idea: How about the Liberal Party just has sensible policies that are in line with the views of the majority of Australians and are good for the country, and they don’t worry about whether a policy is “left” or “right”.

That includes ditching the 23.9 per cent limit on tax to GDP, as well as coming up with an effective climate change plan.

And just as Richard Nixon is generally thought to be the only US leader who could visit China 50 years ago and meet Mao Zedong, maybe Peter Dutton is the only person who can lead the Liberal Party back from the right-wing wilderness and regain the seats lost to the teal independents.

It will fall to him and the token female they install as his deputy to lead the redefining of the Liberal Party’s purpose and philosophy. If they’re pragmatic you’d think they’ll go for a definition that might win them more votes and seats rather than fewer, but you never know with this mob.

After all, the future is unknowable and there are plenty of noisy people in the peanut gallery telling them that sticking to ideology – “believing in something”, not pragmatism – is the path to success.

On Saturday night Peter Dutton and the Liberal Party learnt that they can’t replace urban seats lost to teal independents with outer suburban and regional seats by summoning up a culture war.

That means they have to find a way to win back the Liberal heartland seats like Kooyong and Wentworth, and make sure they don’t lose any more.

And that won’t be easy because the teals may have only just begun.

For this election, Climate 200 raised $12 million from 11,000 donors and contributed an average of about 35 per cent of the funding budgets of the 23 teal independent campaigns.

Climate 200’s convenor Simon Holmes à Court says the organisation can be likened to a venture capital firm and the teal independents it supported are like disruptive start-ups. He also says that like investing in start-ups, it’s a long-term game and not all investments win.

C200 doesn’t start campaigns or select candidates, but supports community-based campaigns that have already selected a candidate, have a team of volunteers with runs on the board and at least $100,000 already in the bank.

Venture capital is an apt analogy because the teals are disruptors in the way that most VC-funded firms are attempting to disrupt incumbent businesses – it’s just that disruption has now come to politics.

The analogy breaks down when it comes to ownership: VC firms take equity and often control the businesses they back, but Climate 200 has no claims over what the newly elected independents will do in Parliament.

It would be a big mistake for Dutton and what’s left of the Liberal Party to assume either that the teal movement will implode because it’s discovered to be comprised of “fake independents”, as the drowning moderates like Josh Frydenberg and Tim Wilson gasped before going under for the third time, or that it will fade and die before the next election.

It’s more likely that the teal women elected this time will recontest in 2025, and win again, and that Climate 200 will have more money to fund more community campaigns in more seats than the 23.

And with just 32 per cent of the primary vote, the Labor Party is not safe either.

Both major parties should prepare for a life of negotiation and compromise with annoying cross benchers because together they messed up the politics of climate change.

The only way to preserve their duopoly is to stop messing that up.

Alan Kohler writes twice a week for The New Daily. He is also editor in chief of Eureka Report and finance presenter on ABC news 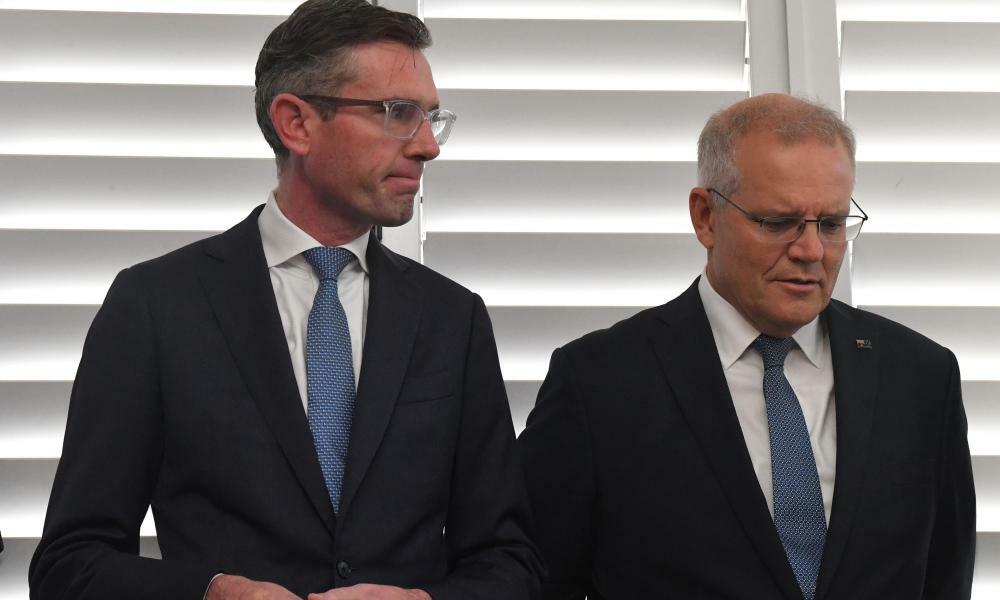 Culture wars, renewables and what the federal Liberals could learn from NSW
Analysis: Dominic Perrottet may be conservative, but he is not a populist, and understands the benefit of governing from the…

The Guardian - AU
One subscription that gives you access to news from hundreds of sites
‘Resistance‘: Sky News envisions climate revolt in election reaction

A week after Australia unceremoniously tossed the Coalition onto the Opposition benches, an alternative reality has emerged on Sky News.