Al Michaels reminisces about Bears, moving from Monday to Sunday and more 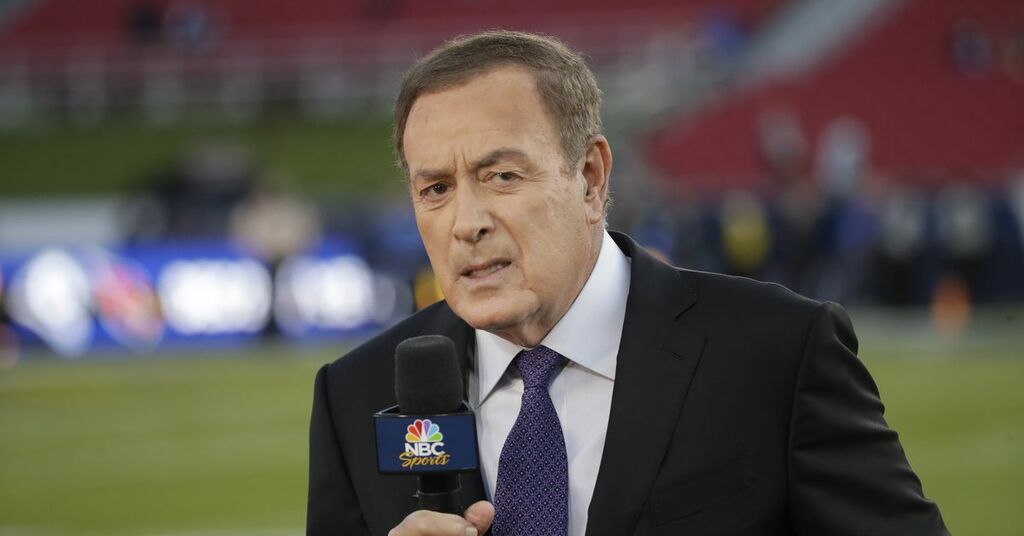 Al Michaels didn’t just see the writing on the wall, he heard the words and felt their disrespect.

Toward the end of his 20-year run as the lead voice of ABC’s “Monday Night Football,” he thought the franchise had the “bastard child” package of NFL games among the networks.

“We were told, we’ve got ‘Desperate Housewives,’ we’ve got all this other stuff, and then football is just there to promote every other show,” Michaels said. “We sorta got treated like that.”

Meanwhile, Dick Ebersol wanted to do the exact opposite at NBC, where he was in charge of sports programming, by building the network around the NFL. In 2006, he brought the league back to the peacock after an eight-year hiatus in the hopes of turning Sunday nights into what Monday nights were.

And with ABC moving “Monday Night Football” to ESPN, Michaels believed he belonged at NBC.

“It was going to become a totally different animal than it was on ABC,” said Michaels, whom ESPN essentially traded to NBC in a deal that sent the Disney-owned company the rights to cartoon character Oswald the Lucky Rabbit. “I was used to doing the ABC way, the old Monday night way.

Michaels has fit NBC’s way just fine. In fact, “Sunday Night Football” has been the No. 1 show in prime-time TV for an unprecedented 10 consecutive seasons, according to Nielsen. After its opening-night special Thursday, the show makes its Sunday regular-season debut with Bears-Rams from SoFi Stadium in Inglewood, California, only nine miles from Michaels’ home.

“Or in traffic, an hour and a half,” Michaels said. “It’s like the Dan Ryan Expressway.”

Michaels, 76, has visited Chicago enough times to know the lay of the land. He’d like to visit more, but that requires the Bears’ cooperation. He remembered one long stretch in which he never visited, though he did call a Bears home game in Champaign while Soldier Field was being renovated in 2002.

“Then we finally got back to Soldier Field [in 2003], and my opening line was something like, ‘Welcome to Soldier Field, words that I’ve not spoken for seven years,’ ” Michaels said. “It was great to be back.”

Fans might not like to hear it, but whenever he’s calling a Bears game, Michaels gets a kick every time Sid Luckman’s name comes up. The Hall of Fame quarterback played for the Bears from 1939 to ’50.

“I’ll throw in my old buddy Johnny Morris [Bears receiver from 1958 to ’67] once in a while, as well, because I’m just fascinated by the fact that here we are in 2021 and Luckman and Morris still dot the record book of the Chicago Bears.”

Michaels didn’t join the “Monday Night Football” booth until 1986, so he missed the ’85 Bears’ run to a Super Bowl title. But the Bears still had plenty of buzz.

“They were the premier team in the league,” Michaels said. “I always had a lot of fun covering [former coach Mike] Ditka. I got along great with him. Soldier Field was so iconic. I remember during the ’86 season, the first time I walked into Soldier Field to see a football game was exciting for me.”

That was a 20-17 loss to the Rams on Nov. 3. Mike Lansford kicked a 50-yard field goal with four seconds left to win it.

Also memorable was the 27-24 loss to the Packers on Sept. 11, 1995. Never mind Packers receiver Robert Brooks taking a Brett Favre pass and racing 99 yards for a touchdown. The best catch was by fan Mike Pantazis, who jumped out of the stands to snare Kevin Butler’s 50-yard field goal, then landed on the concrete leading into the tunnel without issue.

“That was crazy,” Michaels said. “That was mind-blowing to make a catch like that.”

Michaels recalled more favorable results for the Bears. There was the 19-13 overtime victory against the Jets on Sept. 23, 1991. Michaels’ first recollection was tight end Cap Boso coming up with a face-full of sod after making the catch that led to the winning touchdown in the final minute.

There also was the 22-6 victory in the 1996 season opener against the reigning Super Bowl champion Cowboys. But the opener Michaels called that he’s still amazed by aired on NBC in 2018 – Bears at Packers, Matt Nagy’s first game as coach.

“You talk about a memorable game, holy mackerel,” Michaels said. “The way [Nagy] comes out, he’s running a T formation, then he’s doing this and that. The Bears have a completely different offense. They take a huge lead. Aaron Rodgers gets carted off in the second quarter.

“We all know what happened at the end of that game. That was very memorable.”

With every memorable game, Michaels adds a soundtrack that’s often just as memorable. He’s best-known for asking “Do you believe in miracles?” and answering “Yes!” when the U.S. hockey team beat the Soviet Union in the 1980 Winter Olympics. He was in the booth at Candlestick Park when an earthquake struck San Francisco before Game 3 of the 1989 World Series.

“Well, folks, that’s the greatest open in the history of television, bar none,” Michaels said upon returning to the air via telephone.

When former Packers receiver Antonio Freeman made an acrobatic catch in overtime of a Monday night game in 2000, barely keeping the ball off the ground before running in for the game-winning touchdown, Michaels asked in astonishment, “He did what?!”

Where does his way with words come from?

“I’ve been a sports fan since I was a child,” he said. “I grew up in Brooklyn, my father walked me to Ebbets Field when I was 6 or 7 years old. I was completely smitten with all sports. And I think I’ve been fortunate to have a great feel for it.

“I think a lot of this comes from the fact that I’ve got this great history, great background of seeing a million events and watching dramatic things. And then I’m lucky in that a lot of the times the right stuff does come out. I’m just expressing what I’m feeling as a fan.”

There has been a lot of speculation about when Michaels might leave the booth, but he said he hasn’t reached any decisions now and expects more clarity toward the end of the season. NBC has a succession plan in place, with Mike Tirico and Drew Brees waiting in the wings behind Michaels and analyst Cris Collinsworth. But Michaels said he feels good physically and mentally, and he still sounds sharp.

Unfortunately for Michaels, “Sunday Night Football” isn’t scheduled to be in Chicago this season. Here’s hoping he’s in the booth next season and the Bears give him a reason to visit.