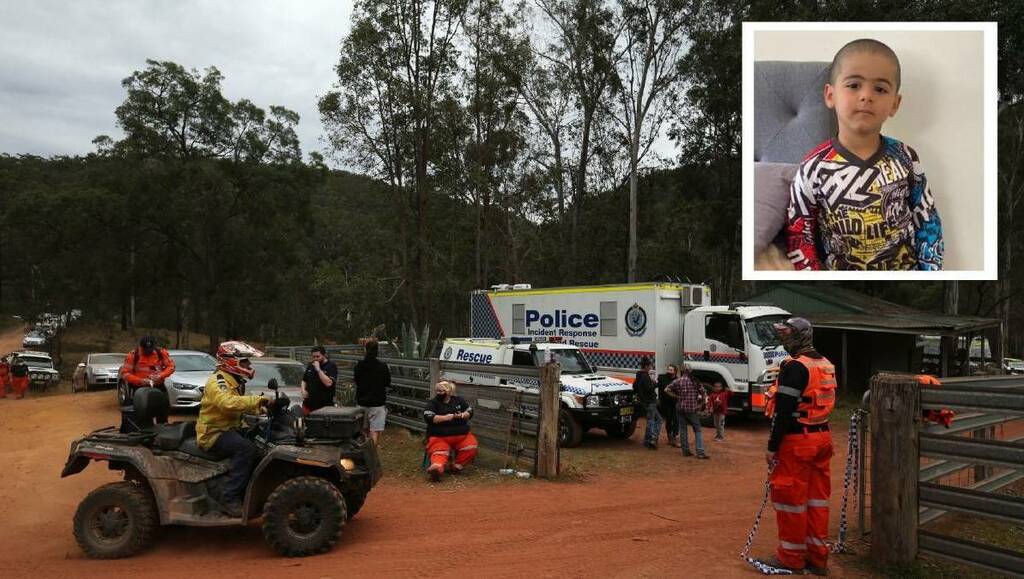 Volunteers and emergency personnel involved in the search for missing boy AJ Elfalak on a property at Putty are taking COVID tests after a potential coronavirus exposure.

The Rural Fire Service confirmed on Tuesday that its volunteers had been told to take tests as a precaution.

Hunter New England Health said it had recommended anyone who participated in the search should have a test and isolate until receiving a negative result and have another COVID test in five days.

"This request has been made as there were people in attendance from local government areas of concern with limited mask wearing and due to the nature of the search being close proximity," a spokesperson said.

"The request for testing includes the individuals who travelled from Western Sydney to participate in the search, along with all family members, SES and police involved."

A post on the Putty Community Association Facebook page had earlier linked the call for testing to a positive case at the town's St Shenouda Christian Coptic Orthodox Monastery.

HNEH confirmed late on Tuesday that two volunteers at the monastery had tested positive. They had left the monastery on Saturday and were in isolation elsewhere.

Everyone else at the monastery was in isolation.

"Persons attending the monastery for the purposes of the search for the missing child on a neighbouring property on 5 and 6 September had no interaction with the positive cases," a spokesperson said.

"Saint Shenouda Monastery continues to assist NSW Health with contact tracing any volunteers and staff who were at the venue from 31 August to 3 September."