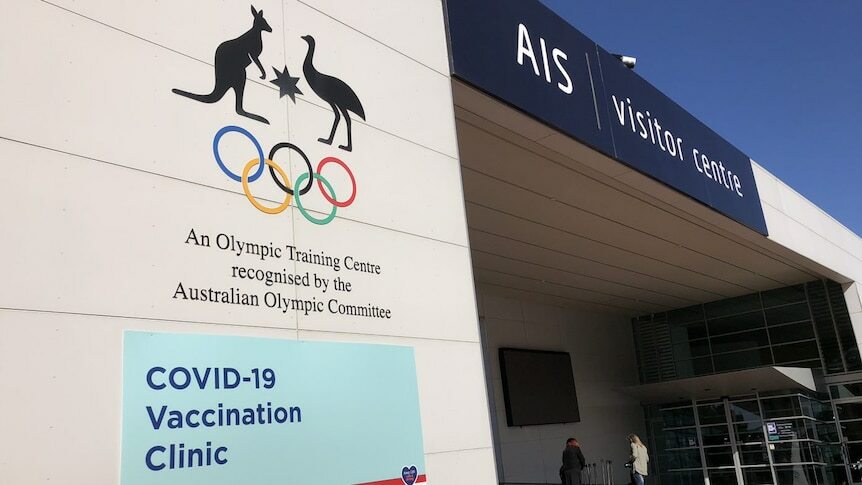 ACT Health says it will review its procedures at the Australian Institute of Sport (AIS) vaccination hub after a booking bungle yesterday resulted in 170 Pfizer syringes being disposed of and hundreds of appointments being rescheduled.

Health authorities confirmed that the centre was overbooked for COVID-19 vaccination appointments, which led to long wait times and hundreds of people being turned away from the hub and told their appointments would have to be rescheduled.

But the overbooking error also meant more vaccines than were ultimately needed had already been drawn into syringes, with authorities forced to call some people back to get their vaccination as late as midnight.

ACT Health Minister Rachel Stephen-Smith said the mistake was due to a programming error.

"There was a ramping up of overall capacity between AIS and the airport from about 21,000 this week to 24,000 next week, but unfortunately the capacity had been included as if it were next week, for this week."

170 Pfizer doses discarded due to error

Ms Stephen-Smith said with the overbooking, staff on site prepared for a busy day and drew up a significant number of doses.

"The team who was drawing up the vaccines out of the vials into the syringes had been enthusiastically drawing up a lot of vaccine, to ensure that they could get through all the additional people who were coming through the door," she said.

"When those appointments were rescheduled, they actually ended up with a bit of excess supply having been drawn down into the syringes.

"That is unfortunate, but that is well offset by the fact our team has done an incredible job learning how to draw down from the Pfizer vials, and they now very often draw seven doses rather than the six doses per vial.

"This is a very small number that won't even actually count as wastage in the national measurement of vaccine wastage because our team has been so efficient to date."

Ms Stephen-Smith said the staff at the vaccination hub had followed an established wastage plan when they discovered they had excess doses, allowing over 200 of the jabs to be administered up.

"They have this wastage policy where they go and they contact people who are on their list to say: 'hey, please come in, we've drawn up a little bit more than we needed'," she said.

"So far throughout the vaccination program, they basically haven't wasted a single dose through implementing this policy.

"We'll obviously look at how this occurred and try to avoid this particular problem happening again, but there's always room for human error in a system that is run by human beings."