A passenger snapped after waiting hours to collect his luggage form Manchester Airport, hijacking the Tannoy system and serenade other irate travellers with a special version of Sweet Caroline.

He was so sick of staffs' lack of visibility he plugged his phone into the communication system, the Manchester Evening News reports.

Playing the Neil Diamond hit over the public address was his desperate move to get answers to why his bags still hadn't arrived after more than two-and-a-half hours.

The controversial move was applauded by others in the terminal.

The video was recorded by Anees Iqbal in the baggage area of Terminal 3 and shows other fed-up passengers waiting by carousels and sitting on the luggage that has arrived.

It is the latest complaint aimed at the airport, which has been dogged by staff shortages and long queues at security since coronavirus restrictions were eased.

Mr Iqbal, 34, said one passenger resorted to plugging his phone into the Tannoy in a bid to get their attention.

He said: "Everybody was that bored they were all singing along - it was the only thing to laugh about.

"I don't know how many areas it was connected to - if it was playing in the whole airport or just the baggage area - but the alarming thing was nobody came over and told him to stop.

"He played the whole song.

"We had no issues getting through passport control, but as soon as we got into the baggage reclaim area it was absolutely manic.

"There were flights from Alicante and Bordeaux where people told me they'd been waiting two-and-half hours for their bags.

"There were no security, no staff anywhere to ask.

"There was no-one on the airline desks and everybody was ringing the phone numbers but they just kept ringing out.

"I know the airport is struggling at the minute, but it was just chaos."

A Manchester Airport spokesperson said: "We are sorry to hear that some passengers faced extended waits in baggage reclaim over the weekend.

"After a very damaging two years, our whole operation is facing resourcing challenges at present, including many of the third parties operating on our site, such as baggage handling agents. 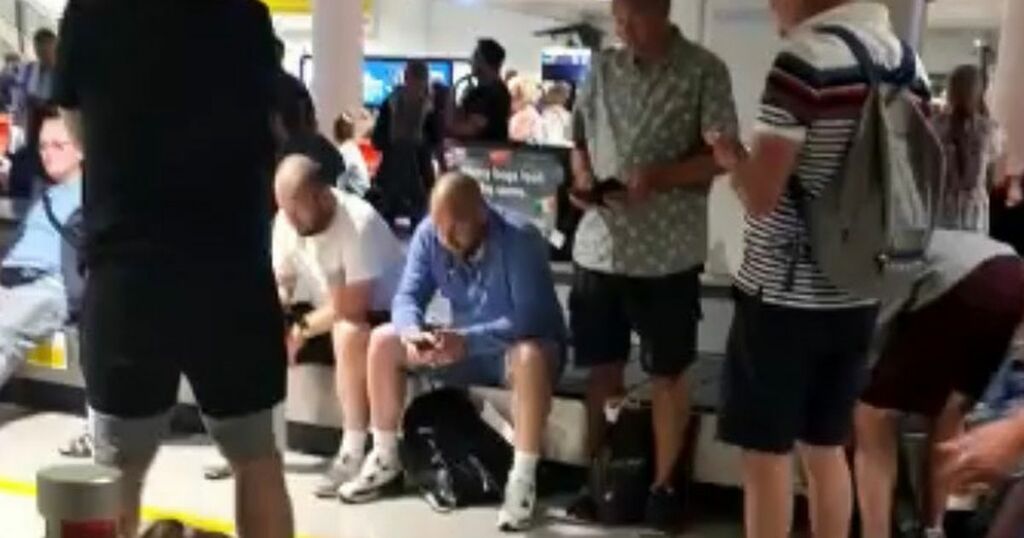 Manchester Evening News
From analysis to the latest developments in health, read the most diverse news in one place.
Fed up airport passenger takes over tannoy and starts Sweet Caroline sing-a-long

Several bored customers, who faced a two-hour delay for their bags, soon joined in with Neil Diamond hit as it…

"Hell on earth this morning @manairport - avoid it like the plague!!!"

Manchester Airport passengers have been stuck in huge queues yet again this morning, with one customers likening the travel hub…

Nottingham Post
One place to find news on any topic, from hundreds of sites.
UK airports apologise after staff shortages continue to cause travel chaos

Travellers at Gatwick and Manchester complained about long delays on Tuesday morning.