Agency with £1.2bn worth of talent has link to Liverpool owners FSG 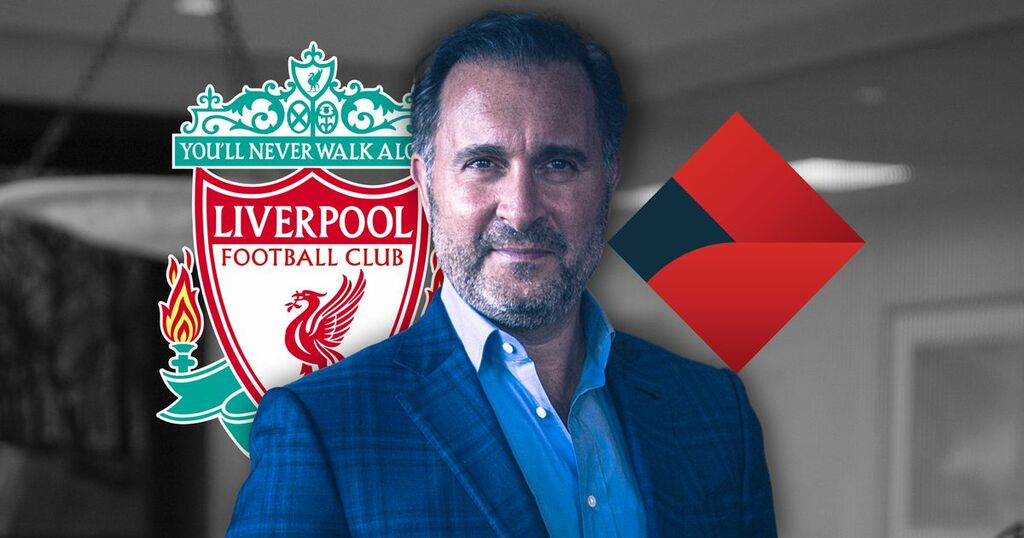 For agents there is a lot of money to be made at the top tier of football.

Liverpool know that to their own cost, having shelled out the second highest sum in Europe between 2017 and 2020, parting with £118.7m (€139m) when it comes to dealing with intermediaries.

Agent payments have long been accepted as part and parcel of the game, and their sway is something that football's governing body FIFA have attempted to clamp down on by introducing caps on the commission that can be earned.

Every Liverpool player has representation, and there are a number of talent agencies globally that look after the interests of not just footballers but a host of stars from across the sporting world.

READ MORE: Brendan Rodgers on the four Arsenal players Liverpool should be fearful of

Individual super agents such as Mino Raiola are often cited as being the men behind the money when it comes to transfer business, but there are a number of agencies that represent elite footballing talent, and the value of the talent on their books is significant.

Research conducted by Off The Pitch has revealed the agencies whose talent roster is the most valuable according to market value, with a firm that has close ties to a major investor in Liverpool owners Fenway Sports Group topping the charts.

The total market value of the players on their client roster stands at £1.2bn according to the research, a figure that places them ahead of Jonathan Barnett's ICM Stellar Sports (£1.17bn market value), who look after Liverpool defender Ibrahima Konate and Manchester City's Jack Grealish. Behind ICM is Jorge Mendes' Gestifute, who look after Reds' duo Fabinho and Diogo Jota, as well as the likes of Manchester United's Cristiano Ronaldo.

The Liverpool link to Wasserman lies in the purchase earlier this year of a minority stake in the firm by 11 per cent owners of FSG, RedBird Capital Partners.

According to a Sportico report, RedBird took a '30 to 40 per cent' stake in Wasserman, buying a stake previously held by Madrone Capital, who previously served as Wasserman's sole investor.

“We now have this incredible strategic and financial partner, and this family that has significant capital to support our efforts as we execute against our vision,” founder, chairman and chief executive of the firm, Casey Wasserman, told Sportico.

“We couldn’t be doing it with anybody better than Gerry Cardinale and Madrone.”

RedBird took an 11 per cent stake in Liverpool back in March for a sum of $750m; the capital injection to aid future growth plans for FSG such as infrastructure developments and the addition of new teams, with a move to add the Pittsburgh Penguins NHL ice hockey side to the portfolio nearing completion.

The list of agencies to represent top footballers is also populated by individuals such as Raiola, who looks after £742m of talent including the likes of Erling Haaland and Paul Pogba. Liverpool and Raiola have a historically frosty relationship after the agent and Jurgen Klopp failed to see eye to eye over Mario Balotelli's future, with Raiola branding the Reds boss a "piece of s**t" in the summer of 2016.

Other agencies on the list include USG and CAA Base, while the relatively small British agency PLG, who represent both Trent Alexander-Arnold and Andy Robertson, have the highest per-client market value, with the 15 players on its roster averaging transfer valuations of £12.7m.

Agency commissions trebled from 2013 to 2019, with the nature of the rise enough to prompt FIFA to place stricter measures around the amount of commission that can be gleaned.

But while the agents may often be portrayed as an enemy of football, for some clubs they are a necessity and vital part of the modern transfer market.

"Many agents do earn significant sums, but they are well rewarded partly because of the fragile and unpredictable nature of their job," noted sports lawyer Daniel Geey in his book 'Done Deal'.

"The glamorous signing ceremony is only the tip of the player-management iceberg. The primary role of a player's agent may be to understand when, on the one hand, to aggressively push for a transfer or a new contract with the club and when, on the other hand, to be the diplomat if a player is having trouble settling in, struggling with management or not performing on the pitch.

"An agent does their best work when managing and leveraging situations (both positive and negative) to a player's advantage.

"Clubs need good agents for selling and buying players, and almost all clubs realise this. They build up relationships with trusted agents so that deals can be pushed through when they need to happen. This means clubs cannot afford to burn bridges with some agents.

"Agents understand who is in the market for a particular player and who can match up a player who is no longer needed at one club with an opportunity somewhere else.

"A selling club's chairman may not be aware of that opening. Agents have a fuller picture of the selling and buying market and can be of key value to selling as well as buying clubs.

"Agents are also aware of the moving parts of various deals that can cause chain reactions. Individual club executives may not have this visibility.

"Agents are unlikely to receive much sympathy from fans for the job they do, but in my experience they are very much a necessity for clubs and players alike, and many provide a skill set necessary to get a deal over the line."

Between February 2020 and 2021, the Reds handed over £21.65m to intermediaries, which accounted for nearly 10 per cent of the entire Premier League sum.

Only Manchester United, Manchester City and Chelsea spent more money on agents in that same period, according to figures released by the Football Association.