After Biden remark, U.S. yet to commit to its own genocide probe of Russia

The United States on Wednesday stopped short of promising to launch its own inquiry to determine whether genocide was committed by Russia in Ukraine but said it will support international efforts to hold Russia accountable.

President Joe Biden said for the first time on Tuesday that Russia's invasion of Ukraine amounts to genocide, a significant escalation of his rhetoric.

U.S. State Department spokesperson Ned Price on Wednesday declined to say whether Biden's comments reflected the overall position of the U.S. government, but said the president "was speaking to the impression he had garnered from watching the horrific footage that we've all seen" from Ukraine.

White House press secretary Jen Psaki said the Biden administration would further assess whether to launch its own formal review.

"What we are doing is the most effective means of achieving that ultimate goal of accountability," Price said.

Such a State Department determination normally follows a meticulous internal process, but the final decision is up to the secretary of state, who weighs whether it advances American interests, officials said.

Genocide, considered the most serious international offense, was first used to describe the Nazi Holocaust. It was established in 1948 as a crime under international law in a United Nations convention.

Russia's invasion of Ukraine has killed thousands and displaced millions.

Moscow calls its actions a "special operation" to destroy Ukraine's military capabilities and capture what it views as dangerous nationalists, but Ukraine and the West say Russia launched an unprovoked war of aggression.

The Kremlin said on Wednesday it categorically disagreed with Biden's description of Russia's actions in Ukraine as "genocide," and accused Washington of hypocrisy. 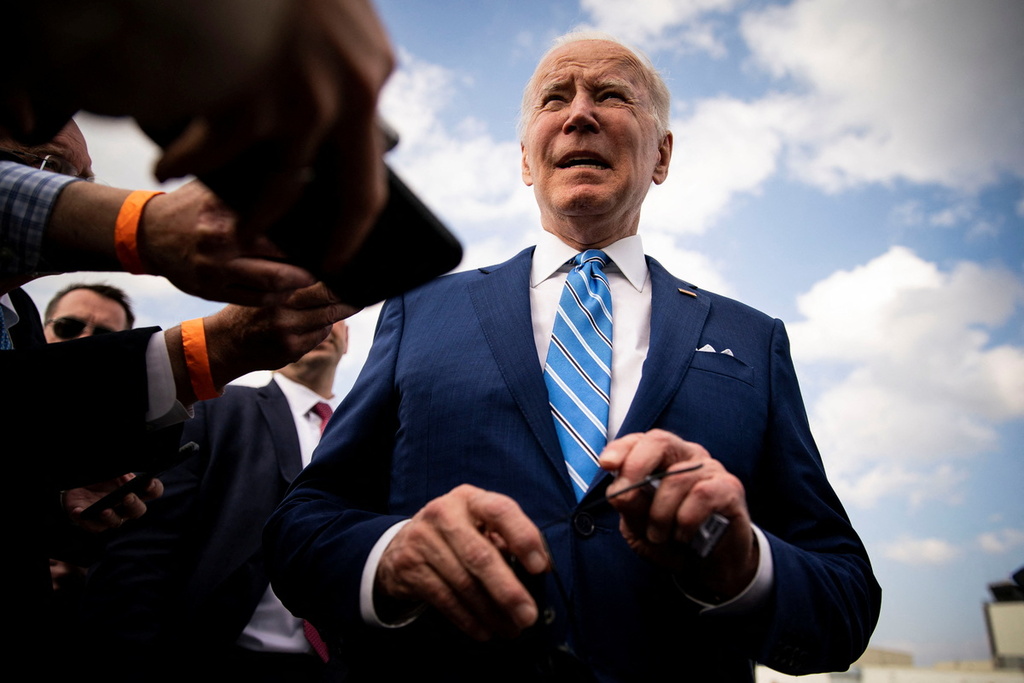 Kremlin says Biden's 'genocide' comments are wrong and unacceptable
The Kremlin said on Wednesday it categorically disagreed with U.S. President Joe Biden's description of Russia's actions in Ukraine as…

U.S. President Joe Biden said for the first time on Tuesday that Russia's invasion of Ukraine amounts to genocide, a…

One of Russian President Vladimir Putin's closest allies warned NATO on Thursday that if Sweden and Finland joined the U.S.-led…

Ukraine news from April 14: Russia says the missile cruiser the Moskva has sunk after an explosion and fire.

US President Biden says Russia’s Putin is ‘trying to wipe out the idea of being able to be Ukrainian’.

This liveblog is now closed