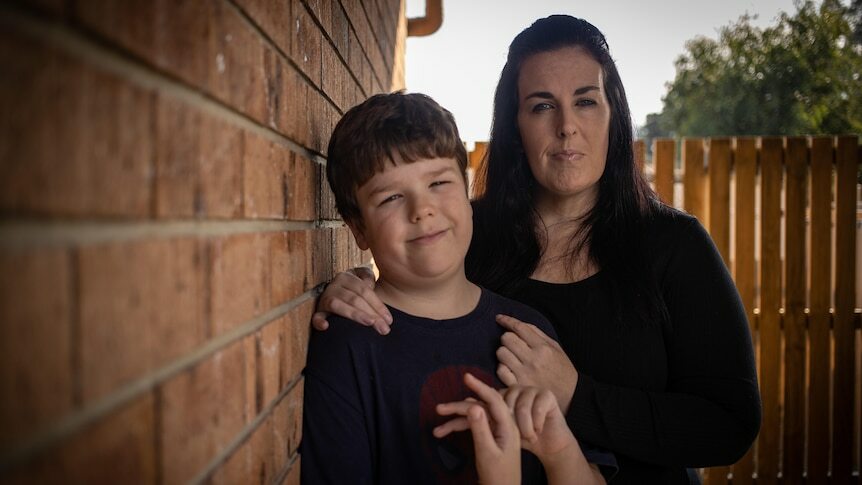 Housing crisis faces Tasmanian women and children fleeing unsafe domestic situations, but some hope on horizon
After leaving a toxic relationship, Amy Bourke was desperate to find a home that would give her son Chance some…

ABC News
South Coast sellers cash in, but it comes at a cost for renters

Among the region's biggest gains was the $10 million sale of a Mollymook home, five years after it changed hands…

Irish Independent
Get all your news in one place
Latest Business news:

After 10 years of Airbnb and short-stay rentals, is Australia ready for regulation?

For six months after breaking up with her partner, aged care worker Adriana Breen searched for a rental home on Victoria's Mornington Peninsula.

"The rental market was just non-existent," she said.

Ms Breen still works on the peninsula, but she no longer lives there.

Instead, she has to drive the 80-kilometre round trip from Frankston, in Melbourne's south-east, every day.

"Mentally it affects me because this was my happy place — I love the peninsula," she said.

"I know it's only half an hour down the road, but it could be on the other side of the Earth as far as I'm concerned because I'm not near my family."

Ten years ago the Mornington Peninsula had a "healthy" rental vacancy rate of 3 per cent, but it's now at 0.7 per cent.

Experts — using figures from independent advocacy and data group InsideAirbnb — say for every vacant rental, there are about 30 short-stay rentals available on Airbnb.

"Even a small increase — and we've seen a significant increase — in demand for housing associated with the short-term tourism market is going to exacerbate those tight rental vacancy rates."

But coastal communities are facing more than an increase in short-term accommodation. During the pandemic, people have fled the cities and moved to regional areas.

There are about 100,000 Airbnbs properties across Australia, according to figures from data group AirDNA. About 85 per cent of those are entire homes.

And while short-term stays have always been popular in coastal areas and tourism hotspots, when it launched in Australia 10 years ago, Airbnb brought holiday homes to capital cities.

"In Australia we haven't had a tradition of having holiday homes in our major cities," Professor Gurran said.

"So when we see the cluster of short-term rentals around [our big cities] it's safe to assume that those are residential homes and apartments that have been withdrawn from the permanent rental market."

The sharing platform says it has boosted local economies by attracting tourists and creating jobs.

But a 2019 report by America's Economic Policy Institute found that Airbnb's economic benefits were outweighed by the cost to renters.

"COVID really showed there's a connection between the short-term rental market and rents all across Australia, and indeed across the world," housing researcher Peter Phibbs said.

In the Tasmanian capital of Hobart, residents have been in the midst of a housing crisis that predates COVID-19.

Professor Phibbs said the number of Airbnbs in the city equated to about 9 per cent of the total rental market.

That is much higher than in any other capital city in Australia.

And Hobart's rental vacancy rate is just 0.3 per cent — the lowest for any capital city.

During the pandemic, the balance has shifted.

"When housing stock went from short-term rental back to the long-term rental market, in places like Hobart we saw a sharp reduction in rents," he said.

Professor Phibbs estimated that during COVID, rents in Hobart dropped by about 9 per cent.

Another study in Sydney by William Thackway and Christopher Pettit found rent prices in the most active Airbnb neighbourhoods dropped by up to 7 per cent.

While not all of this can be attributed to Airbnb, Professor Phibbs said the evidence was clear: You cannot have an unregulated short-term accommodation industry and a healthy long-term rental market.

"We need some sort of regulation to limit the spread of short-term rentals so we can enable the long-term rental market to provide homes for so many households that are looking for them at the moment."

A question of regulation

Across the world, major tourist destinations are moving to regulate short-stay rentals.

In Amsterdam, an entire home can only be rented out for a maximum of 30 nights per year.

While in New York, it is generally illegal to rent out an entire unit for less than 30 days. Although there are exceptions.

Meanwhile, Berlin allows you to lease out your primary residence, but it can be a bit harder to put a second home on the short-term market and you can only let a secondary residence out for a maximum of 90 days.

"Enforcing the regulation can be quite difficult. It's certainly resource-intensive. It sometimes involves quite long legal processes.

"It's important to have some kind of taxing regime where short-term rentals pay for the cost of that regulation through some sort of bed tax."

In Australia, New South Wales has 180-day caps in some areas, while Western Australia has been investigating a 60-day cap.

Meanwhile, Hobart is hoping to become the first capital city to place a cap on the number of short stays.

If successful, it will stop any more entire homes from becoming short-stay accommodation.

But it could take a while to change the planning scheme, and in the meantime it could prompt a rush on converting homes to short stays.

Professor Phibbs said it was a blunt option, but the only one available to the council.

In a statement, Airbnb country manager for Australia and New Zealand Susan Wheeldon described the proposed changes in Hobart as ill-considered and said they would place the city and Tasmania on unequal footing with the rest of the nation.

"Housing affordability and availability is a complex issue with a range of contributing factors," she said.

"In markets that are traditionally popular with holiday-makers and have always comprised holiday homes, vacancy rates have faced significant pressure due to the relocation of many Australians from cities to regional areas throughout the pandemic.

"In many cases, hosts make properties available on our platform that would otherwise be used only as holiday homes."

Louise Elliot owns a short-stay property in Hobart, and is the president of the Tasmanian Residential Rental Property Owners Association.

Ms Elliot, who is running for a seat on the Hobart City Council in 2022, said blaming short-stay properties for the rental crisis was "very short-sighted".

"It's a really complex issue. Short stay is a small component of that issue … but it's not the biggest factor," she said.

"We need far more social and public housing and we need the processes for building new homes to be more straightforward."

Ms Elliot also rejected the idea that all of the entire homes [listed as short stay] would have otherwise been rentals.

"All you have to be to be a whole home is to have your own kitchenette, toilet or entrance," she said.

"A lot of those homes, they’re either under people’s houses, on people's properties or they're places that they'd otherwise leave unoccupied."

She said it made sense for some kind of regulation to be considered, but she said it needed to take into account the benefits of the industry.

"Density limits or prohibiting businesses from owning short-stay properties makes sense, but I think it needs to be a much more rounded discussion," she said.

"I don't think blanket bans make sense because there can be unintended consequences.

"We need to recognise the benefits of tourism and how important that is to our communities."

Editor's note (17/05/2022): This story has been amended to reflect that Louise Elliot is president of the Tasmanian Residential Rental Property Owners Association and is running as a candidate in the 2022 Hobart City Council election.

Housing crisis faces Tasmanian women and children fleeing unsafe domestic situations, but some hope on horizon
After leaving a toxic relationship, Amy Bourke was desperate to find a home that would give her son Chance some…

ABC News
South Coast sellers cash in, but it comes at a cost for renters

Among the region's biggest gains was the $10 million sale of a Mollymook home, five years after it changed hands…