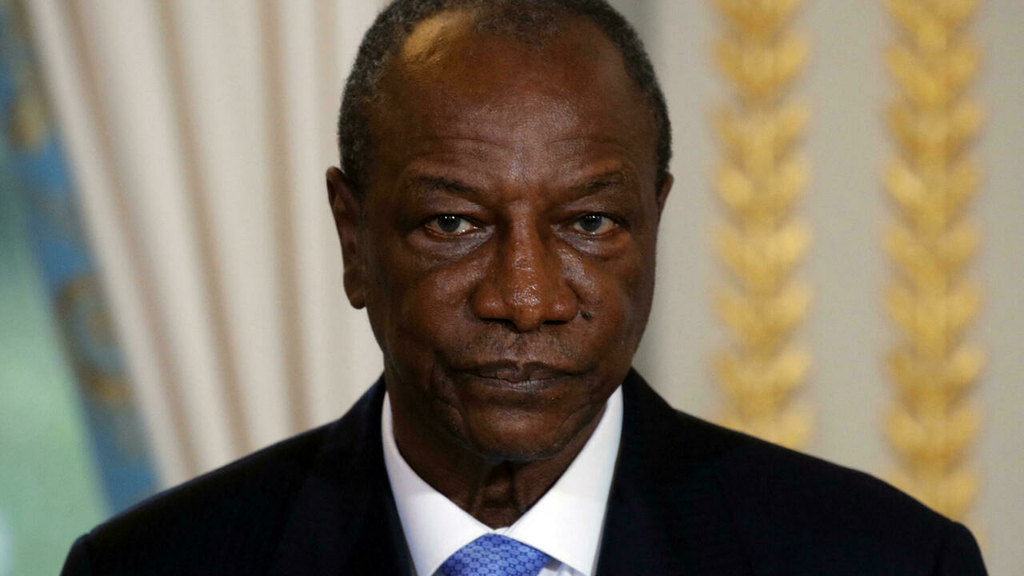 Guinea's ruling military came under diplomatic pressure on Friday as the African Union suspended the country over last weekend's coup, and West African envoys arrived to mediate in the crisis. Mediators who met ousted president Alpha Condé said he was in good health.

On Friday, the African Union (AU) followed suit, tweeting that it had decided "to suspend the Republic of Guinea from all AU activities and decision-making bodies."

ECOWAS Commission President Jean-Claude Kassi Brou is part of the delegation, as are the Nigerian, Ghanaian, Burkinabe and Togolese foreign ministers.

The envoys met junta member Colonel Balla Samoura in a hotel in Conakry, according to a diplomat who requested anonymity, and are due to leave the city on Friday evening.

Increasing pressure on Guinea comes amid rising fears of democratic backsliding across West Africa, where strongmen are an increasingly familiar sight.

The putsch in Guinea has drawn parallels with its neighbour Mali, which has suffered two coups since August last year, led by Colonel Assimi Goita, who was also a special forces commander.

On Wednesday, ECOWAS called for Condé's "immediate and unconditional release."

The US embassy in Conakry on Friday stated that Guinea should "immediately restore democracy."

Guinea's putschists have formed a junta named the CNRD, which has dissolved the government and the constitution.

Doumbouya appeared on television hours after the coup and accused the Condé government of "endemic corruption" and of "trampling on citizens' rights".

He has pledged to open talks on forming a new government, but it is not yet clear when, or under what form, these may take place.

When faced with a similar predicament in Mali last year, ECOWAS imposed economic sanctions on the country, but lifted them after Mali's ruling military committed to restoring civilian rule.

Public discontent in Guinea had been brewing for months over a flatlining Covid-hit economy and the leadership of Condé, who became the first democratically elected president in 2010 and was re-elected in 2015.

But last year, Condé pushed through a new constitution enabling him to run for a third term in October 2020.

The move sparked mass demonstrations in which dozens of protesters were killed. Condé won the election but the political opposition maintained the poll was a sham.

After the coup, the junta freed about 80 political activists detained under Condé and banned ex-ministers from leaving the country.

On Thursday, it also said it had temporarily frozen ex-ministers' bank accounts.

Coup leader Doumbouya has nonetheless promised there will be no "witch hunt" against members of the former regime.

The military has also guaranteed the safety of Condé, whose whereabouts are unknown.

The coup was greeted with jubilation in some parts of Conakry, where residents in some districts came flooded the streets to applaud the soldiers.

But Condé supporters are bitter. Victor Leno, a schoolteacher and a member of Condé's RPG party, said that "in one day, the military really came and buried this beautiful democracy".

An RPG spokesman Mahmoudou Traore warned against trusting the military's promises of a transition.

"They will stay in power for five, six (or) seven years," he predicted.

Guinea is one of the poorest countries in the world, despite its abundant reserves of minerals including iron ore, gold and diamonds.

The former French colony also has the world's largest reserves of bauxite, from which aluminium is made. Mining is the driver of the economy.

News of the coup sent the price of aluminium soaring to its highest level in 13 years this week, and triggered concern about the commodity supply chain among businesses.

Doumbouya has pledged continuity in the mining sector and said this week that Guinea will "uphold all its undertakings (and) mining agreements".