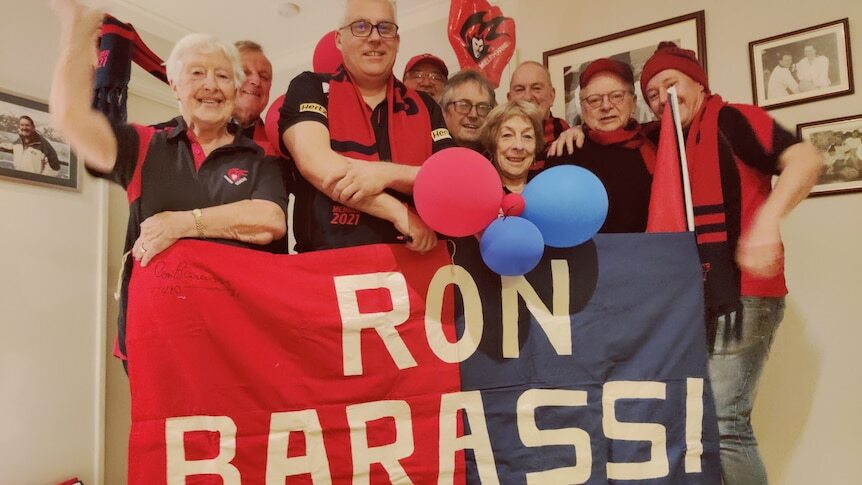 As the last round of AFL grand final tickets go on sale today, consumers are being warned to watch out for unscrupulous scalpers.

There are 10,250 general public seats being made available for purchase online at 10:00am AWST, limited to four per person.

Rolling lockdowns in Victoria have forced the AFL to hold the final outside the state for the second time in history.

Two Victorian teams — the Western Bulldogs and the Melbourne Demons — are set to go head-to-head on WA soil on September 25, at the 60,000-seat Perth stadium.

Hopes of more of those spots being allocated to the general public were dashed on Tuesday after the allocation of 12,000 seats to Western Bulldogs members were snapped up within hours of their release.

The full 12,000 allocated to the Melbourne Demons were also fully exhausted.

The laws came into effect last Friday and prevent individuals or the operators of re-selling and classified websites from selling tickets at more than 10 per cent mark-up.

A Consumer Protection spokesman said one website had already been warned and every suspected case would be investigated.

Dyed-in-the-wool Demons fan Michael Pinches camped out overnight with his friend at the MCG to secure tickets to the 1964 premiership at the age of 14.

His mother made him a hand-stitched sign in Demons' red and blue colours to wave the great Ron Barassi and his team on to victory — something he describes as the "highlight of his life, at the time".

His team hasn't won, and he hasn't been to another grand final since, until this year.

"That was a great game and Melbourne supporters until now, right across the country continue to think of 1964 as their last great premiership and have been dying to break the drought," Mr Pinches said.

After moving to Perth in 1987, Mr Pinches is one of a hardened group of "western" Demons supporters he hopes will show up in droves for the match.

"There's a huge amount of enthusiasm among Melbourne supporters based over here and … I think it's even surprised the club that there are so many dedicated supporters based in Perth," Mr Pinches said.

"It's quite remarkable that we're in Western Australia and we should have the opportunity to possibly witness the next Melbourne premiership."

The match has been touted as a battle of the underdogs.

The Western Bulldogs, who hail from Melbourne's traditionally working class Footscray, took out the 2016 Premiership.

Before that they had not taken home a trophy since 1954.

City parade to feature past heroes

The AFL has announced there will be no official parade for the teams, citing concerns over COVID and a lack of time and people to prepare.

But the City of Perth yesterday declared it would instead hold a "people's parade".

Perth Lord Mayor Basil Zempilas said the city had pitched ideas including a motorcade or a "river parade" which would have seen the players transported on boats from South Perth into Elizabeth Quay, but both were shot down by the AFL.

Mr Zempilas said instead they would hold an event the day before the final which would see brass bands play the teams' theme songs and former AFL greats address fans.