Afghanistan — the shape of things to come 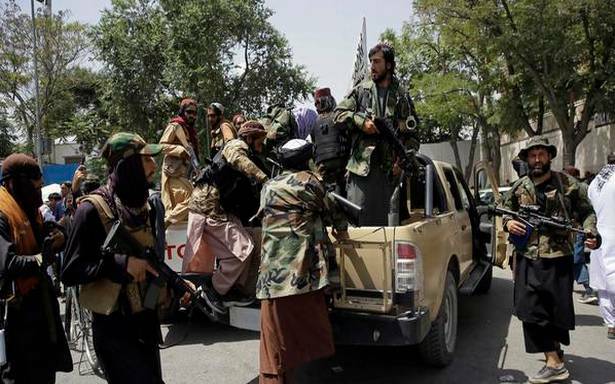 The new Taliban regime and its mentors in Pakistan require considerable luck to govern Afghanistan successfully. This will not be as easy as their rapid military victories. The regime has defined itself narrowly, and its embrace of extremist personalities does not inspire confidence with either the Afghan people or the international community. Afghanistan is a diverse, independence-loving country, proud of its inheritance and sovereignty. Its spirit has always been republican. Efforts to control it from the outside have failed invariably.

Pakistan nurtured and shaped the Taliban. It has been no surprise, therefore, that the Pakistan Army’s logistics and advice aided the Taliban’s march to Kabul. Pakistan’s special forces, attack helicopters, and drones were crucial in tipping the balance against the National Resistance Front in Panjshir. The head of the Pakistan Army’s Inter-Services Intelligence (ISI), Lieutenant General Faiz Hameed, visited Kabul in the full glare of publicity to underline Pakistan’s ownership of the Taliban’s ascent in Afghanistan, inviting spontaneous protests across Afghanistan.

Lt. Gen. Hameed achieved two out of his three objectives: to ensure that the newly formed Taliban government included proxies of Pakistan, including four members of the Haqqani Network that is close to the ISI, and that Mullah Abdul Ghani Baradar, the Taliban’s most benign face and former front-runner for the job of head of government, did not get that position (amid rumours on social media of his death, he has released an audio statement saying that he is alive). While Lt. Gen. Hameed may have achieved Pakistan’s goal of keeping Mullah Baradar out of policy-making in Afghanistan, by sidelining him and promoting the interests of the Haqqani Network, the resulting all-male and Pushtun-dominated Taliban government will make it harder for Pakistan to solicit international recognition and assistance for the fledgling government.

In fact, the Taliban government is a veritable who’s who of terrorism. Many of its members feature on the terrorist list of the United Nations 1267 Sanctions Committee and the European Union’s list of terrorists subject to restrictive measures. The detention centre of the United States, in Guantanamo Bay, created a sense of solidarity amongst the Taliban leaders incarcerated there, four of whom are now in senior positions within the Taliban cabinet. The new Interior Minister, Khalifa Sirajuddin Haqqani, head of the Haqqani Network, has an unrevoked Rewards For Justice Program, United States Department of State bounty of $10 million on him, while his uncle, the Refugee and Repatriation Minister, Khalil-ur-Rahman Haqqani, earlier nominated as Kabul’s security chief, has a bounty of $5 million. The Haqqani Network was responsible for the bombing of the Indian Embassy in Kabul in July 2008, killing India’s Defence Attaché and its Political Counsellor.

The Taliban’s politics are characterised by intense factionalism and a lack of consensus. The Taliban spokesperson, Zabihullah Mujahid, describes the Taliban government as an interim one, perhaps to signal hope for a more accommodative regime in the future. This is unlikely, as indeed are any concessions for the participation of women in governance or the restitution of human rights. Mujahid spoke of protecting the rights of minorities and the underprivileged. Yet, there is not a single woman or a Hazara in the Taliban cabinet, which is packed with hardliners.

The intense partisan rivalries and manoeuvring for the division of spoils were visible from the manner that the forces of different Taliban factions raced to occupy important vantage points in Kabul. The respective heads of the Taliban’s military commissions in eastern and western Afghanistan, Qayyum Zakir and Sadr Ibrahim, occupied the defence and interior ministries. They were quickly named the acting defence and interior ministers. This has since been overturned. The new defence minister is Maulawi Yaqoob, the son of the Taliban’s former Ameer-ul-Momineen, Mullah Omer. Khalifa Siraj as the new interior minister has oversight over the appointment of governors. Mullah Baradar has been neutralised by appointing two other Kandaharis: Mullah Mohammad Hassan Akhund as head of government, and Amir Khan Muttaqi as foreign minister.

In his first statement after being named Afghanistan’s new Ameer-ul-Momineen, Mullah Haibatullah Akhundzada made a qualified commitment to upholding international laws — only those “not in conflict with Islamic law and the country’s national values”. While the Taliban will continue to repeat their assurances about disallowing the use of its territory against the security interests of any other nation, they are unlikely to sever their ties with al Qaeda and other terrorist organisations.

Afghanistan will remain riddled with crisis. An immediate challenge for the Taliban will be reining in their younger commanders and fighters, with the danger that disgruntled elements amongst them might join hands with the Islamic State Khorasan (IS-K) or Daesh. Since all the Islamist terrorist organisations are ideologically and organisationally enmeshed with one another, another problem would be controlling other terrorist groups converging towards Afghanistan as their haven. There has already been a noticeable spurt in Tehrik-e-Taliban Pakistan (or the Pakistan Taliban) attacks in Pakistan.

There will be sporadic uprisings and violent repression in Afghanistan. Given the make-up of the leadership of the Taliban and their ideological moorings, they are likely to continue political and military consolidation, unmindful that over time this could trigger external support for the resistance. Should there be fragmentation within its ranks, the Taliban regime will be tested sooner.

Another challenge for the Taliban regime is the simmering resentment against it. Leader of the National Resistance Front of Afghanistan Ahmad Massoud’s recent appeal to all Afghans to resist the imposition of “a servile and subjugated future” and rise in support of the defence of the Afghan republic resulted in demonstrations in several cities, with mainly women in the lead. Even though these dissipated in the face of the harsh repression that followed, the anti-Pakistan and pro-republican sentiment expressed vociferously in the protests put the Taliban regime on the back foot.

Afghanistan faces frozen reserves, the absence of banking services and liquidity, rising prices of food, medicines, and other essentials, currency depreciation, unemployment, and the collapse of services and construction. There is no money for public finance or administration — no prospect of salaries for government workers — as 80% of Afghanistan’s last approved annual budget of $5.5 billion was funded by external aid.

Given the uncertainties, India’s game plan will have to evolve as the situation unfolds, which is not a call for strategic restraint or masterly inactivity. For the present, India must abstain from granting recognition to the Taliban regime. India should hold it accountable to its publicly stated commitments concerning the right of Afghans and foreign nationals to leave Afghanistan in a safe, secure, and orderly way, and that Afghan territory will not be used to threaten or attack any country, encapsulated in the United Nations Security Council Resolution 2593 (UNSCR 2593), adopted during India’s presidency of the Council. UNSCR 2593 also reaffirmed the importance of upholding human rights and encouraged all parties to seek an inclusive negotiated settlement. The logical step flowing from this would be for India to restitute granting student and medical visas and temporary visas for those fearing persecution. Resuming its humanitarian and development assistance will have to await an enabling atmosphere allowing the Indian Embassy in Kabul and its consulates to function securely.