Afghanistan: Man killed by US drone strike in Kabul may have been aid worker targeted in error, report claims 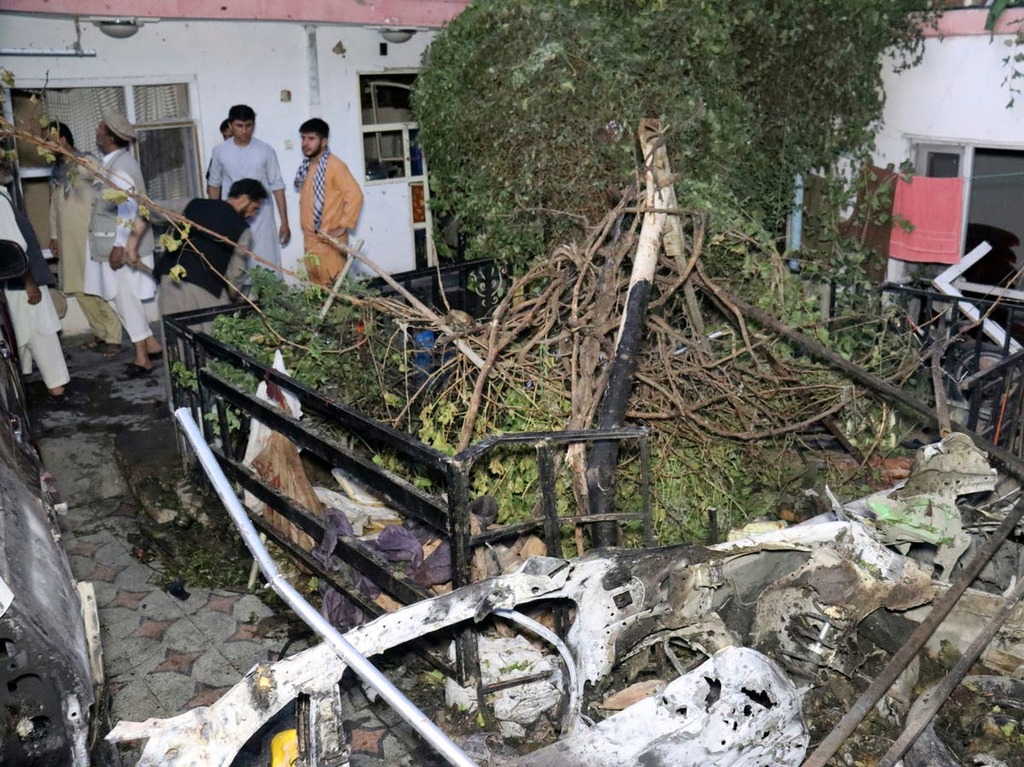 A man who was killed by a US drone strike in Kabul may have been targeted as the result of faulty intelligence, and may not have been carrying a bomb as the Pentagon alleged, according to an in-depth visual investigation of the strike.

US officials initially said a drone followed the car, thought to be carrying explosives and posing a threat to US forces at Kabul airport, for hours before striking it on 29 August.

But The New York Times reported on Friday that analysis of video footage and interviews at the site of the drone attack suggest that the vehicle may not have been carrying a bomb.

The paper also said that there are doubts that the driver of the car had any connection to Isis-K and whether a second explosion occurred after the missile hit the vehicle, as suggested by the US military.

Military officials have said that when the missile was fired, they didn’t know the identity of the driver of the vehicle. But they thought he was suspicious because of what he had done during that day. He could have visited an Isis-K safe house, officials posited. He loaded something into the car that officials thought could have been explosives.

According to The New York Times, the family of the driver said Zemari Ahmadi worked for a US aid group and had no links to any terror group.

Using CCTV footage from a number of locations, the newspaper suggested that his movements on that day consisted of driving coworkers from to and from the workplace. Video footage that the US military may have relied on shows Mr Ahmadi and a colleague putting what could be water containers into the vehicle.

The US military has said that three civilians could have been killed, but The New York Times suggest that the number could have been as high as ten, including seven children.

Mr Ahmadi, 43, an electrical engineer, had worked for Nutrition and Education International (NEI) since 2006. The aid group is based in California.

According to the report, Mr Ahmadi received a phone call from his boss at around 0845 local time [1245 GMT] on 29 August, asking him to pick up his laptop.

“I asked him if he was still at home, and he said yes,” the country director told The New York Times at the group’s office in Kabul. Mr Ahmadi’s coworkers asked to remain anonymous for fear of reprisals for working for an organisation with US connections.

Relatives said Mr Ahmadi left for work around 0900 [1300 GMT] on the morning of the strike in a white Toyota Corolla. The vehicle was owned by NEI. Mr Ahmadi lived a few kilometres west of Kabul Airport in a house with his three brothers as well as their families.

According to The Times, US officials said it was at this point that the white Sedan first came under their purview as the vehicle left a compound that was seen as an alleged Isis safe house, located about five kilometres northwest of Kabul Airport. It’s not clear if the American officials were speaking about one of the three stops he made on his way to his workplace – picking up two passengers and his boss’s laptop.

The home of the country director of NEI is close to where a rocket attack that Isis said they were behind would be launched towards the airport the next morning. The rocket was launched from the trunk of a Toyota Corolla, the same model as that of Mr Ahmadi’s vehicle.

The country director told The Times in his home that his family had lived in the house for 40 years.

“We have nothing to do with terrorism or Isis,” he told the paper. “We love America. We want to go there,” the country director, who has a US resettlement case, added.

The drone tracked Mr Ahmadi’s car during the day, and US officials have said that they picked up communications between the car and an alleged Isis safe house and that the driver was instructed to stop several times.

But the passengers say that it was just a regular workday. Following a breakfast pit stop, the trio arrived at the NEI office. Surveillance footage shows them arriving at around 0935.

Mr Ahmadi later drove coworkers to a police station taken over by the Taliban. They say they visited the station to ask for permission to give out food to refugees in a park.

Mr Ahmadi and the three passengers in the vehicle got back to the office at around 1400.

Surveillance footage shows Mr Ahmadi emerging from the building around 30 minutes later with a water hose, filling some water containers with the help of a guard. Coworkers say he had been bringing water home from the office as water deliveries had ceased when the Afghan government fell.

“I filled the containers myself, and helped him load them into the trunk,” the guard told The Times. The guard and a coworker moved the vehicle further into the driveway at 1538, with the surveillance footage coming to an end soon afterwards as the office turned off its generator at the end of the workday. Mr Ahmadi drove home along with three passengers.

US officials have said that at this point, the drone had followed Mr Ahmadi to a compound that was between eight and 12 kilometres southwest of Kabul airport – matching the location of the NEI office. US officials have said that it was at this point that they saw Mr Ahmadi load heavy items into the car along with three others. They thought the packages could be explosives.

Passengers say that the only items in the car were two laptops and plastic water containers.

One of the passengers told The Times that Mr Ahmadi kept the radio off to avoid the ire of the Taliban. “He liked happy music. That day, we couldn’t play any in the car,” the coworkers told the paper.

After ferrying his three passengers home, Mr Ahmadi started driving back to his own place near the airport. “I asked him to come in for a bit, but he said he was tired,” the last passenger in the car with Mr Ahmadi said.

US officials said that at this time, they were certain that the vehicle was a threat to US forces at the airport.

The tactical commander made the decision to strike the car as Mr Ahmadi drove into his home courtyard, which was a different building than the alleged Isis safe house, US officials said.

The missile was launched around 1650. US officials said that the operator of the drone made the assessment with “reasonable certainty” that no women, children, or non-combatants would be killed in the strike.

But Mr Ahmadi’s relatives said that his children and his brother’s children came outside to see Mr Ahmadi when he got back home. The car engine was still running when the blast sent shattered window glass into the ground floor of the house.

“Because there were secondary explosions, there is a reasonable conclusion to be made that there was explosives in that vehicle,” the chairman of the Joint Chiefs of Staff, Gen Mark Milley, said last week.

But The Times reported that there was no evidence of a second explosion.

The US military has said that three civilians died, but Mr Ahmadi’s relatives said 10 members of their family were killed, seven of them children. The victims, apart from Mr Ahmadi, ranged from two to 30 years old.

Mr Ahmadi’s brother Emal told The Times: “All of them were innocent.”

“You say he was Isis, but he worked for the Americans,” he said.

Responding to questions about the report, Pentagon press secretary John Kirby said US Central Command “continues to assess the results of the airstrike in Kabul on August 29”.

“We won’t get ahead of that assessment. However, as we have said, no other military works harder than we do to prevent civilian casualties. Additionally, as chairman Milley said, the strike was based on good intelligence, and we still believe that it prevented an imminent threat to the airport and to our men and women that were still serving at the airport,” he added.