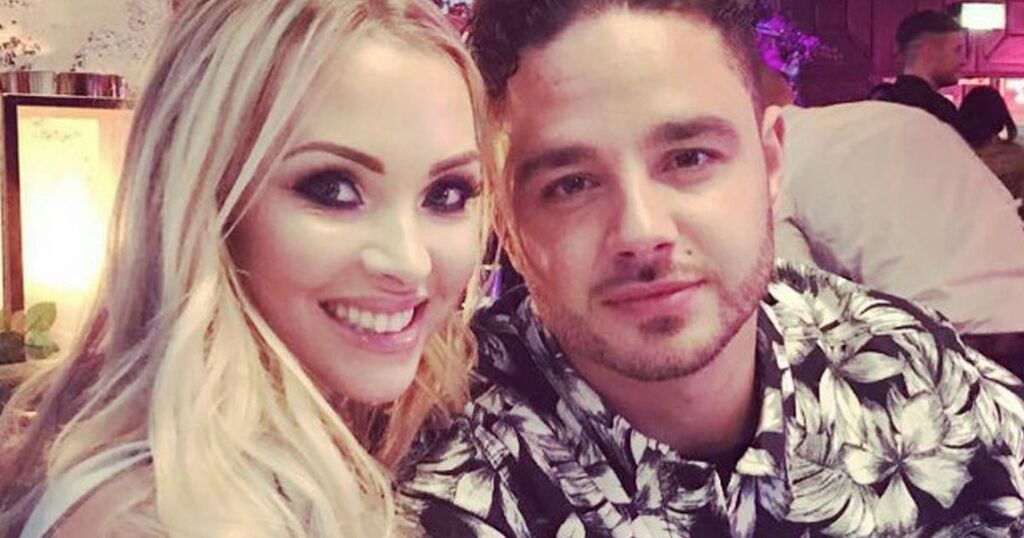 The former Emmerdale star, 33, took to Instagram to share the picture with his 990,000 followers, as he looked back on their long-term romance.

“Awww this just popped up on my Facebook!! 11 years ago haha I remember this night like it was yesterday @carolinethomas23,” Adam captioned the photo.

“Time has flown… but my love has grown,” he added, alongside love heart emojis. “Young love x.”

In the picture, a fresh faced Adam can be seen pointing at the camera while holding a drink, as his then-girlfriend Caroline looked alarmed at the flash going off.

And she took to the comments to sarcastically thank her husband for sharing the snapshot taken more than a decade ago on a night out.

“Oh thanks for whacking out this belter,” Caroline wrote.

The actor is best known for playing Adam Barton in the long-running ITV soap, and left the show in 2018 after nine years in the role.

The couple first began dating in 2007, when Adam was starring in the hit BBC One drama Waterloo Road.

They welcomed their first child, son Teddy, in 2014, and got married in a star-studded ceremony at Gary Barlow’s former mansion, Delamere Manor, in the stunning Cheshire countryside.

And in 2018, they added another little bundle of joy to their growing family, daughter Elise-Rose.

Adam and Caroline recently celebrated their 13th wedding anniversary as they enjoyed a date in Manchester, and spent the evening eating a romantic dinner as they reflected on their relationship in sweet Instagram posts.

“13 years of blood, sweat and tears oh and a crazy amount of love, I love you @adamthomas21, I’ll never know what I did to deserve you,” Caroline wrote.

Former I’m A Celebrity contestant Adam also poured his heart out in a gushing Instagram message dedicated to his wife, alongside several snaps of the couple over the years.

“Happy 13th anniversary to my beautiful wife @caorliinethomas23. 13 can be unlucky for some, but bad luck doesn’t exist whilst your by my side … just some bad outfit choices!!” Adam joked.

“It’s been a ride babe! We’ve had some amazing adventures and created two beautiful children! Thank you for everything,” he added, before finishing his heartfelt message by comparing his wife to a “genie in a bottle”.

“You made all my wishes come true!!” Adam wrote.