Action plan will be prepared to prevent entry of rainwater into GGH, say officials 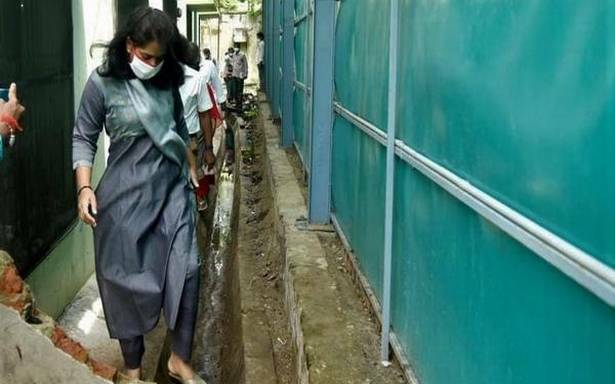 The officials led by Ms. Kirthi on Tuesday inspected the Mother and Children Care ward, Out-Patient block, medical and surgical stores and other wards where rainwater stagnated in the hospital due to heavy rain reported since Monday.

“The rainwater has already been drained out from the wards in the hospital. The A.P. Medical Services and Infrastructure Development Corporation (APMSIDC) and KMC authorities have been told to take up the works to prevent the entry of rainwater into the hospital,” said Ms. Kirthi.

Mr. Swapnil Dinakar has said that the team of municipal engineers would also be roped in to address the problem within a few days. Resident Medical Officer Giridhar, KMC Engineer Satyanarayana Raju and other officials were present.