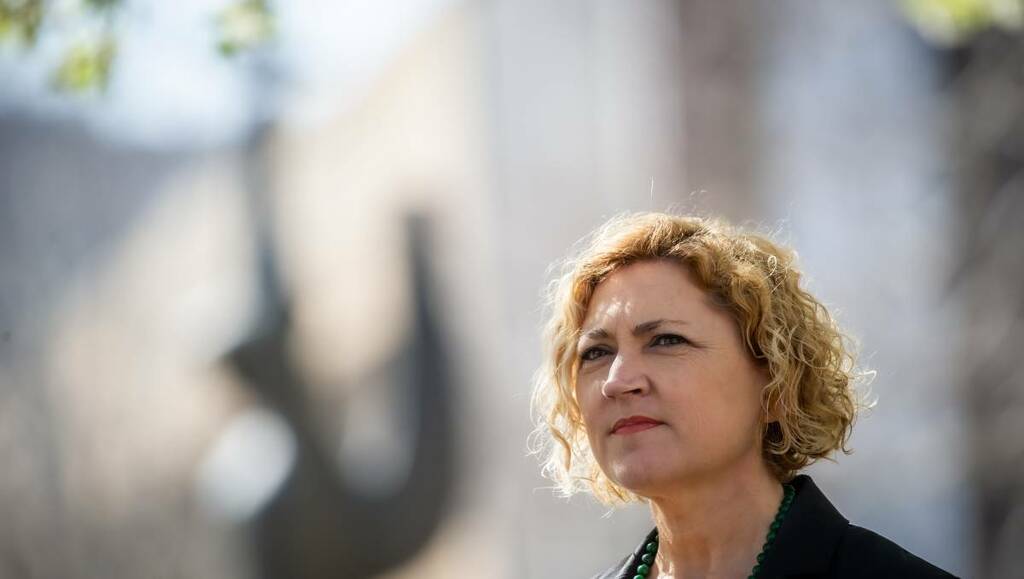 The ACT government is pushing for federal assistance for NDIS providers and access to a backup workforce to help the disability sector as it struggles under the strain of Canberra's COVID outbreak.

Canberra's disability sector has faced significant disruptions since the start of the capital's outbreak, after a cluster involving support workers and people with a disability put an already-stretched workforce under further pressure.

Minister for Disability Emma Davidson has written to her federal counterpart Linda Reynolds to request urgent assistance for the sector, in line with the type of support extended to NSW amid its worsening Delta crisis.

In the letter dated August 27, Ms Davidson also asked Senator Reynolds to explain reports to her office that local NDIS participants had seen their plans cut.

Ms Davidson told The Canberra Times on Wednesday morning that Senator Reynolds had yet to respond to the request for help.

However, Senator Reynolds' office has said that it only received a copy of the letter on Wednesday afternoon, after it was initially sent to the wrong address.

It's understood the Commonwealth will consider the ACT's appeal, as it does with all state and territory government requests.

The letter does not specify exactly what support was requested, but The Canberra Times has since confirmed with Ms Davidson's office that it has asked for the same temporary cash-flow boost Senator Reynolds announced for NDIS providers in Sydney hotspots on August 17.

Senator Reynolds said at the time that those payments were design to cover additional costs for stretched providers, such as overtime hours when a shift needed to be filled at late notice because a worker was forced to test and isolate.

"The temporary measure aims to ensure the disability workforce continues to meet the needs of all NDIS participants," Senator Reynolds said in a press release announcing the package.

Ms Davidson asked for the assistance to be extended to all providers, not just those who worked with participants in supported independent accommodation.

She said in the letter that Canberra's outbreak had caused major disruptions to the disability workforce, with a "significant" number of staff forced into isolation after attending an exposure site.

She said the quarantine and isolation of some 800 Canberra Health Service and Calvary Hospital staff in the in the first week of the lockdown had "impacted" the disability sector's surge workforce.

Describing "workforce viability" as the biggest risk to the sector amid the outbreak, Ms Davidson asked Senator Reynolds to allow the ACT access to NSW's surge disability workforce.

"It is vital that the National Disability Insurance Agency (NDIA) works collegiately with ACT government, including ACT Health, Canberra Health Services, the disability sector and particularly with disability providers and workers, to support the sector to improve their ability to respond to COVID-19 surge workforce requirements," Ms Davidson wrote in the letter.

While the vaccine rollout for people with a disability has been far slower than planned, rates in the ACT are well above the national average.

About 76 per cent of people in residential care in the ACT have received at least one dose, compared to 70 per cent nationally.

Close to 64 per cent of Canberra's NDIS participants have had at one dose, compared to 55 per cent across the rest of the country.

Some 71.5 per cent of NDIS-screened workers in the ACT have received at least one dose, higher than the national rate of 66 per cent.