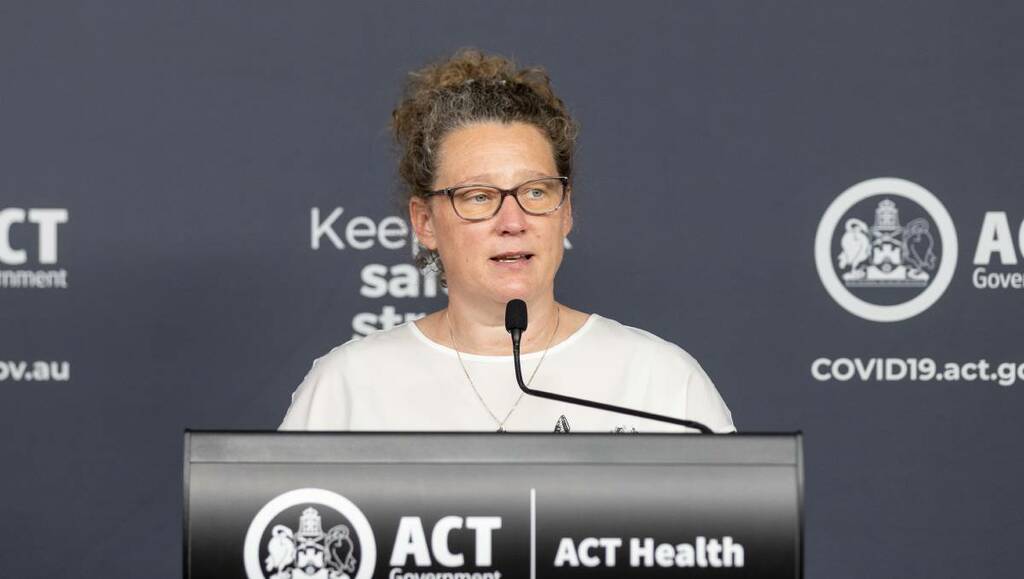 There have been 30 new COVID-19 cases reported in the ACT in the 24 hours to 8pm on Saturday and a man from Southern NSW died at Canberra Hospital.

Of the new ACT cases, 16 were linked to existing cases or outbreaks and the remaining 14 are under investigation.

Seven people were in quarantine for their entire infectious period and six spent some time in the community and could present a risk of transmission to others.

There are now 1202 cases associated with Canberra's outbreak but 763 people have recovered from the virus, including 27 in the past 24-hour period.

There are 443 active cases associated with the outbreak.

Close to 4000 tests were collected across the ACT on Saturday and there 1500 close contacts in quarantine in the territory.

There are now 380 current exposure locations in the ACT, with recent additions dominated by supermarkets.

There are 15 patients in ACT hospitals with COVID-19. Six are in ICU and five are on a ventilator.

NSW Health reported two deaths of men in their 50s from the Southern NSW Health District. One of the men died at Canberra Hospital and the other died at home.

There were four new cases in the Queanbeyan-Palerang region on Sunday and a total of 477 COVID-19 cases reported in NSW.

It comes as the state will reopen to fully vaccinated people on Monday.

But Chief Minister Andrew Barr, on Saturday, advised against Canberrans booking a table at a pub in Queanbeyan or organising a wine tasting in Murrumbateman. He said wait until Friday, when the ACT's lockdown lifts.

"They can go to a pub in Canberra," he said.

Travel arrangements between the ACT and NSW are not expected to change until Friday.

From Friday, gyms and restaurants will open with limited capacity, five people will be able to visit another household, 25 people can gather outdoors and hairdressers and other beauty and professional services can open for five people at any one time.

For the first time since the ACT's outbreak started on August 12, there was no press conference from health authorities on Sunday. Weekend press conferences are set to stop.

More than 97 per cent of Canberra's eligible COVID-19 vaccine population over 12 have received their first dose and 69.3 per cent are fully vaccinated.

The ACT government measures its vaccine rate in the over-12 population, whereas the Commonwealth only takes the over-16 population into consideration.

The ACT reached the 70 per cent double-dose milestone for over-16s last week.