About those "MAGA" steaks Kim is hawking

Kimberly Guilfoyle, the former advisor to President Donald Trump's failed re-election campaign who later become engaged to his eldest son, is hawking steaks for a meat delivery service whose Better Business Bureau (BBB) accreditation has been revoked. In online reviews, customers allege that the curated meat boxes from Good Ranchers, which may cost hundreds of dollars, are not only a "rip off" but also sometimes never arrive.

On May 15, Guilfoyle uploaded a video of herself standing over a smoking indoor grill, flipping thin cuts with little visible marbling over the flames. "I'm here with these beautiful steaks from goodranchers.com," she says. "And this is the way you show your family you love them — by buying this meat that is born and raised here in the United States."

Guilfoyle continues by claiming "85% of the meat that they sell in stores today is not even from the United States." That statement is inaccurate; according to the Department of Agriculture, only 8 to 12% of the beef sold in the US comes from foreign sources. (Guilfoyle may be referring to grass-fed beef, of which 75 to 80% is imported, though often processed in the US.)

While many of the reviews on the Good Ranchers website from "verified buyers" are positive, reviews elsewhere online include allegations from customers who claim that they paid hundreds of dollars for beef that never showed up.

"I restarted my subscription, ordering $139.00 box," a customer who identified as Lisa G. wrote on the BBB profile for the company. "I got an email last night announcing it had come. We were home at 9:28 when the email came in and went straight to the front porch, but there was no box, and we've received nothing."

Related: A new wave of politicians are shedding the misconception that cooking and politics don't mix

Lisa G. said she attempted to contact the company, but she did not receive a response.

"My next move is to stop payment through my bank or have them pursue the company for restitution," she added.

A customer named Karen W. described a similar experience. "I have been trying to contact you via email for the past 3 days," she wrote. "My order/shipment went to another state and I would like to have this corrected. Please respond to my emails."

In the string of one-star reviews on the BBB profile for Good Ranchers, customers also complained about issues such as the quality of its beef and difficulties contacting customer service. Five patrons used either the phrase "rip off" or "ripped off."

"Don't waste your money. Poor quality of meat. Good sales pitch though!!" Kristen M. wrote. "I would love to send this meat back. I was ripped off."

"I paid $203 for beef and got ripped off. Con man selling the steaks," Jeff M. added. "Told me there were 20 steaks in a box and there were 10. Filets were 2 oz and filled w fat and chewy and filled with veins. Could not eat any of the filets and used for pulled beef sandwiches. Totally deceived. Would never buy these again. $203 is a lot of money."

In the latter instance, Good Ranchers responded to the complaint. "Jeff, We're sorry your experience with us what not a great one ! We want to make it right," they wrote. "We offer a 100% Money back guarantee." (A statement containing a satisfaction guarantee and email for customer support are listed on the company's website.)

It's unclear if that complaint, which was dated August 4, 2021, was resolved. However, the Board of Directors of the BBB revoked Good Ranchers' accreditation on Dec. 2, 2021, "due to failure by the business to adhere to the BBB requirement that Accredited Businesses meet and abide by" several standards. They included addressing disputes forwarded by the BBB quickly and in good faith; approaching all marketplace transactions and commitments with integrity; and providing responses to complaints that are professional and explain "why any relief sought by the company cannot or should not be granted."

Salon's request for comment was not returned by Good Ranchers prior to the publication of this article. Though the BBB "cannot guarantee the accuracy or truthfulness of a review," it takes "steps to minimize misuse and improve consumer experience." These steps, which are detailed on its website, include confirming that "a marketplace interaction took place between the reviewer and the business" and giving "the business an opportunity to respond to the review."

Guilfoyle does not mention these allegations in her advertisement for Good Ranchers, but she does offer purchasers a Trump-adjacent coupon code. As she wrote on Twitter, "Use code ULTRAMAGA to get 2 POUNDS of American wagyu burgers FREE with your first order."

On the company's website, you can also enter to win a meet-and-greet with conservative commentator Candace Owens or read endorsements from Charlie Kirk or Ben Shapiro. A quote from Donald Trump Jr., meanwhile, claims that "you support American Patriots when you shop with the great people at Good Ranchers."

On the company's website, you can also enter to win a meet-and-greet with conservative commentator Candace Owens . . .

With these advertisements, Guilfoyle and her fiancé continue the Trump family legacy of mixing red meat not only with politics but also with business.

In 2007, Donald Trump launched Trump Steaks, which were supplied by Buckhead Beef, an Atlanta-based company and subsidiary of Sysco. The steaks, which were sold via QVC and the Sharper Image, arrived in bundles that ranged from $199 to $999. The latter retailer reportedly yanked the product after only two months because of poor sales. The trademark for Trump Steaks was eventually canceled in 2014.

That didn't stop Trump, as Salon reported, from trotting the name back out like nothing happened at a campaign event in 2016. Between mocking fellow candidates like "little Marco" Rubio and "lyin' Ted" Cruz, servers provided attendees with what were advertised as "Trump Steaks." However, press on hand "started tweeting pictures . . . of the wrapped steaks, labeled Bush Brothers, the West Palm Beach butcher that supplies all of Trump's South Florida properties."

In the end, those attendees got their red meat. If the reviews are any indication, will those who order steaks based on Guilfoyle's recommendation get theirs?

Read more stories at the intersection of food and culture: 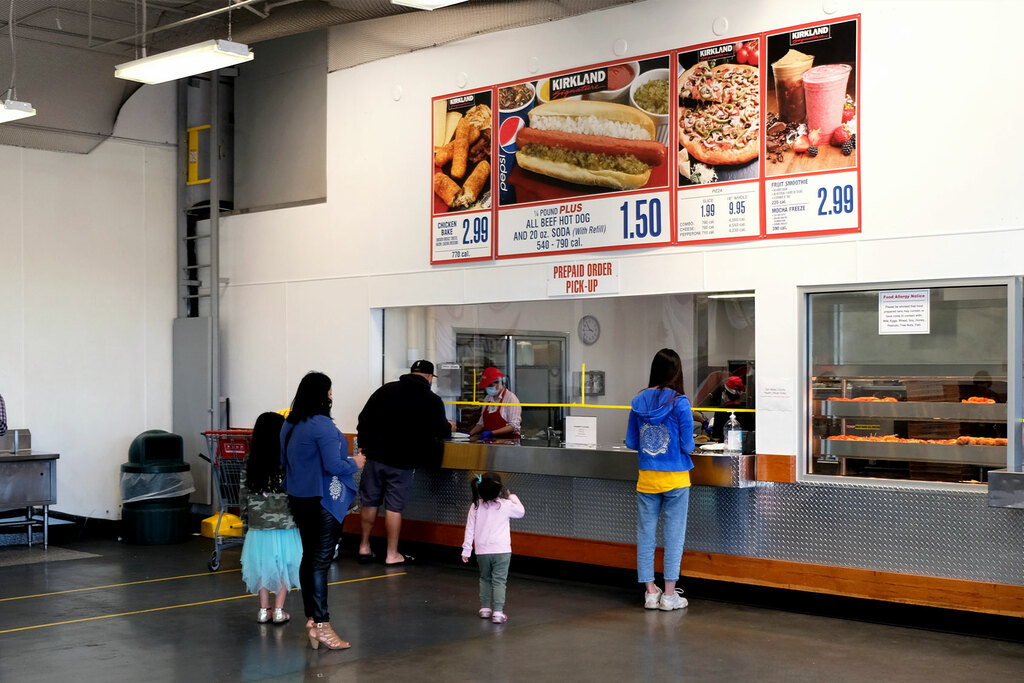 House GOP swallows fake hot dog news
Who would've guessed that news from a Twitter user called @JohnWRichKid was false? Not the GOP