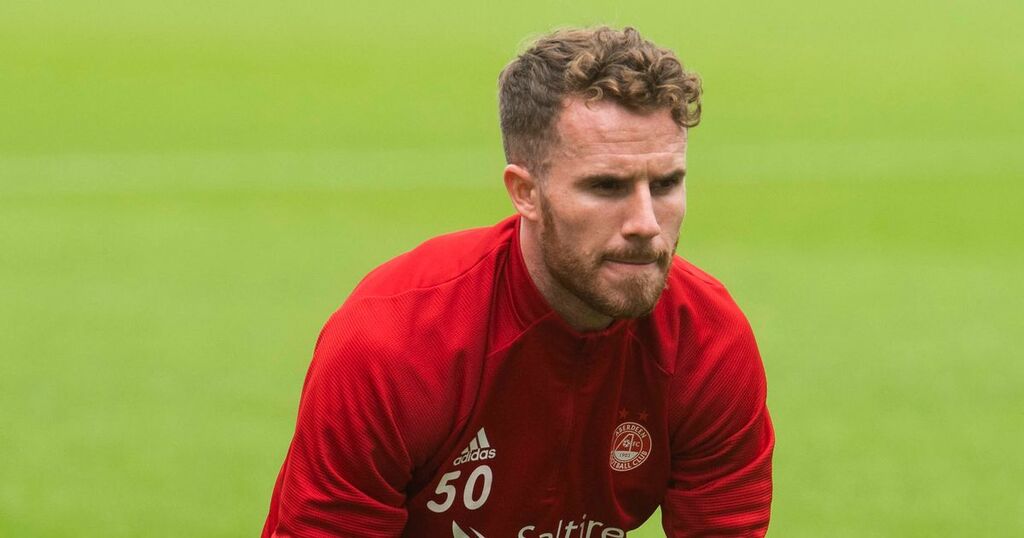 Aberdeen forward Marley Watkins will miss the Premiership’s restart with Rangers as Stephen Glass continues to reshape his squad.

The striker limped out of the win against Dundee before the winter shutdown with a foot injury.

Dons manager Glass had hoped he would be fit for next Tuesday’s Pittodrie clash with the champions, but it will come too early.

The Welsh international looks likely to be out for a few more weeks as he looks to get over his foot issue.

There had been claims Watkins could be out for the season but the club has dismissed those fears.

Aberdeen still have top scorer Christian Ramirez and Jay Emmanuel Thomas to fill that void while Connor McLennan can also play there.

Aberdeen have also stated that Brighton midfielder Teddy Jenks will be remaining at Pittodrie for the season. There was a break clause in the deal but the Dons will retain the 19-year-old for the second half of the campaign. Aberdeen have decided against extending the loans of Samuels or Matty Longstaff, who has returned to Newcastle after his ill-fated loan.

Aberdeen are also bracing themselves for offers for prize asset Calvin Ramsay.

The right-back is attracting interest from top Premiership and European sides.

Glass and Cormack have already made it clear that it will take a club record bid and they don’t want it to be done in the last week of the window - if anything does happen.

Cormack has also made it clear again that Aberdeen are not under any financial pressure to sell and they will only do it if it is right for all parties concerned.

He added: “We’re a week into the window where we do not need to sell one player.

“If we do it’s on our terms and only if we believe we have cover or can reinvest.”

Aberdeen have already been active in the market by snapping up young American Dante Polvara.

The 22-year-old midfielder was named as the top male player in America’s College football and has signed pro-forms at Pittodrie.

Polvara has signed a two-and-a-half year deal subject to a work permit being granted.

Aberdeen are also in talks with St Mirren’s Jamie McGrath over a pre-contract and are confident that is edging closer.

The Irishman midfielder is set to become a free agent when his Buddies contract runs out at the end of this season.

There is also interest in some of Glass’s existing squad.

Kilmarnock and Rochdale are both keen on a loan for midfielder Dean Campbell.

Aberdeen are reluctant to let him out but former manager Derek McInnes is pushing to try to get him to Rugby Park to bolster Killie’s promotion charge.

English League Two side Rochdale are also keen to give him regular first-team football.

Defender Jack Gurr is also attracting interest from the United Soccer League and could return there this month.

The English full-back came in from Atlanta United’s B team but has struggled for regular first-team game time in Scotland.

Several clubs in the USL are now ready to offer him the chance to return to America’s second tier.

Star man Ryan Hedges is out-of-contract in the summer and is close to agreeing a pre-contract with Blackburn Rovers. It remains to be seen if the English Championship side would make an offer this month, after they had a £400,000 bid thrown out in the last window.