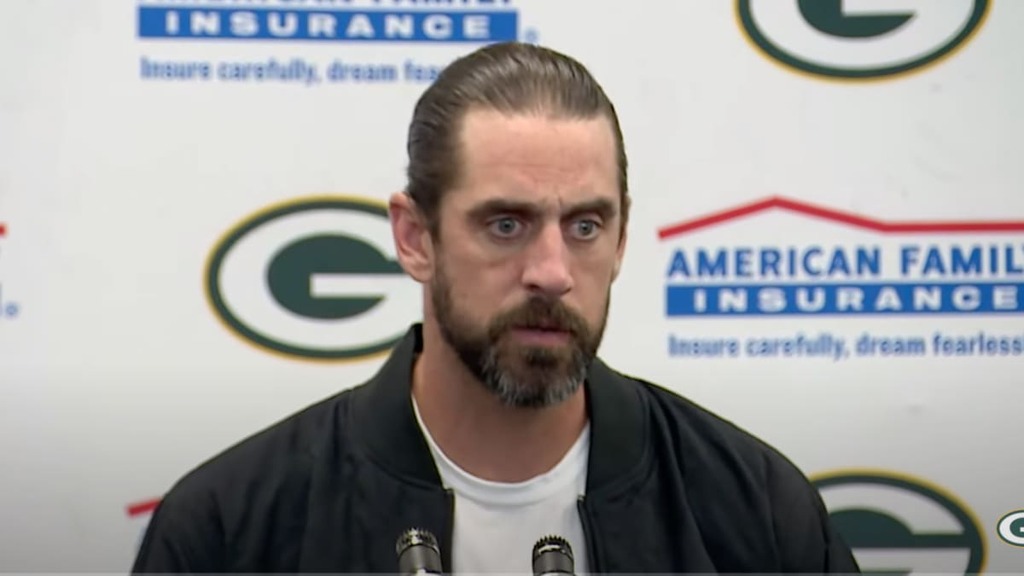 1. The NFL offseason was dominated by one story: the tumultuous relationship between the Packers and Aaron Rodgers.

The quarterback kept everyone in the dark about his future until right before training camp, while also moonlighting during the offseason as a Jeopardy! guest host.

The constant drama generated strong feelings about Rodgers for some NFL fans. With the Packers' unexpectedly getting completely and thoroughly embarrassed by the Saints yesterday, people took direct aim at the future Hall of Famer.

Rodgers, who was 15 of 28 for 133 yards and two interceptions in the 38–3 loss, took a beating on the field and on Twitter, where everyone had jokes about this play and his postgame look.

2. The latest on the future of NFL Sunday Ticket is that Amazon appears to be the frontrunner to acquire the service.

3. Ashton Kutcher was the guest picker on College GameDay on Saturday. The actor recently revealed that he's not big on showering and that news did not get past the fans in Ames, Iowa.

4. Larry David had some issues with noise this weekend. He was spotted at the U.S. Open on Saturday covering his ears while the crowd cheered.

The next day, Larry pulled the same move at a New York City fashion show.

5. The single best play from the first NFL Sunday of the season was this catch by Washington receiver Terry McLaurin.

CBS's lead NFL analyst talks about when he knew he wanted to get into broadcasting, being terrible on practice games and sounding like the teacher from Ferris Bueller's Day Off, whether he considers Troy Aikman and Cris Collinsworth competition and how long he wants to call NFL games.

Following Romo is the weekly "Traina Thoughts" segment. This week, Sal Licata, from WFAN and SNY, and I read the latest SI Media Podcast reviews on Apple before getting into a big NFL picks segment. They each give their best over/under team win total bets for the 2021 season, their AFC and NFC title game predictions, Super Bowl winner and reveal their three best bets for Week 1 of the season.

7. RANDOM VIDEO OF THE DAY: This commercial is so absurd for so many reasons that it's actually awesome.