Aaron Ramsdale warns Arsenal rival Bernd Leno that he is playing for keeps as No.1 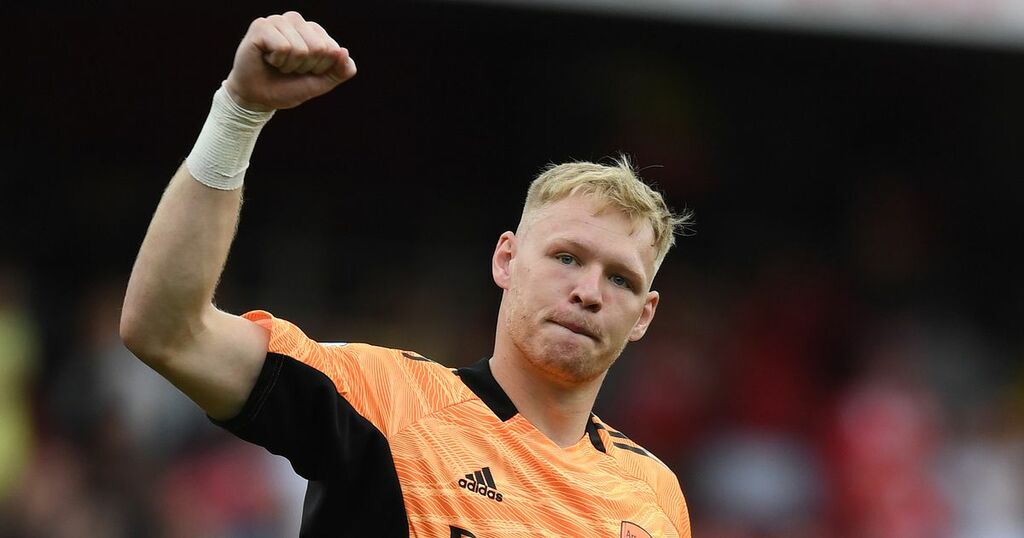 Aaron Ramsdale has warned rival Bernd Leno he faces a battle to regain the goalkeeper's gloves at Arsenal after beginning his Gunners career with a clean sheet on Saturday.

One of England's three keepers at Euro 2020, although he has yet to win a full international cap, £24 million Ramsdale was among six new signings in a £160m makeover at the Emirates over the summer.

He was calm and assured on his debut in the 1-0 win against Norwich as Arsenal climbed off the Premier League seabed with their first points – and first goal of the season – on Saturday.

And Ramsdale is not planning on giving up the jersey – although Leno, who has made 120 appearances for the club over the past three years, appeared to be the established No.1 before his form dipped last season.

Ramsdale, who found out he was playing against Norwich on Friday, said: "I don't know what the manager is going to do.

"This might have just been a tactical tweak so it is my responsibility to force him to carry on picking me, which is something I have to do on a daily basis.

"Me and Bernd will be very competitive in a good, healthy way, and hopefully I can stay in the team.

"You have got to be ready to play as a goalkeeper. You don't know when anything is going to happen. I'm ready every week.

"It could have been in a few months' time but it has happened now.

"We have got to continue the competitiveness on the training ground and I've got to try and stay in the team and help them. There is a lot to carry on going and we will see where it takes us this season."