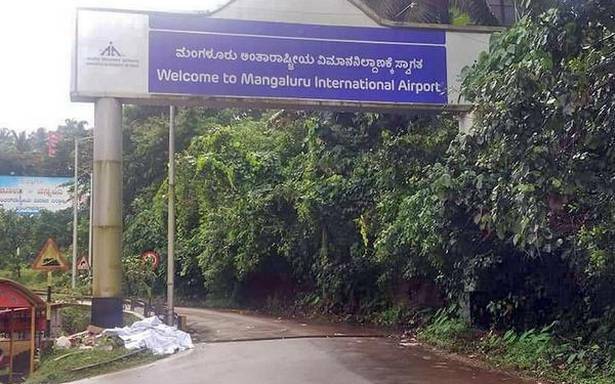 The logo of Airports Authority of India (AAI) was restored on the welcome boards of the Mangaluru International Airport from Friday.

Soon after the AAI handed over the airport in October 2020 to Adani Mangaluru International Airport Ltd. for 50-year airport operation, management and development, the boards at the airport had been changed.

Activist Dilraj Alva took up the issue and secured through RTI the copy of the concessionaire agreement signed between AAI and Adani Mangaluru International Airport Ltd.

“The change of boards and on Google Maps was in contravention of Article 5.15 of agreement that bars concessionaire from branding itself or its shareholders in any manner, including through advertisement, and display boards,” he said at a press conference here on Saturday.

Mr. Alva pointed out that that these lacunae were mentioned in the legal notice he sent to the AAI in New Delhi and to AAI Mangaluru Airport Director on March 5, 2021.

V.V. Rao, AAI Mangaluru Airport Director, replied on March 30 that AAI has taken up the matter with the concessionaire and asked the latter to adhere to the clauses of the agreement while branding the airport.

Mr. Alva said the AAI logo was restored on the boards a month after he filed an application through RTI seeking information from the AAI about the action following his legal notice.