A warning from the adults in the room: the financial impacts of climate change are coming, like it or not 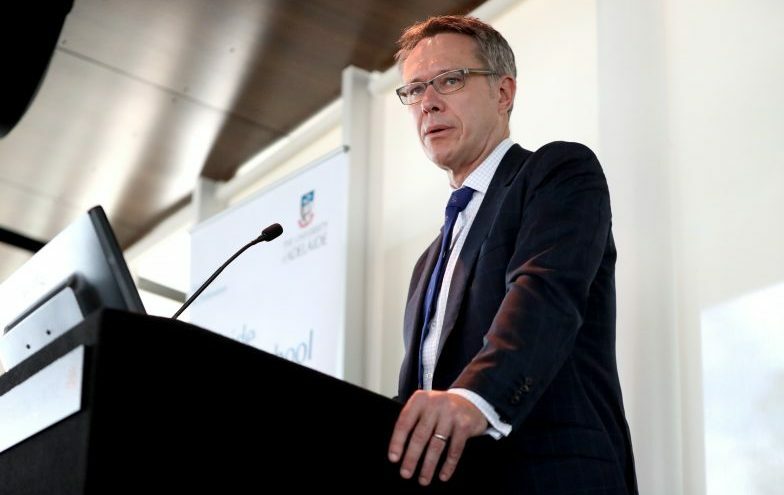 “Words are not going to address climate change, actions are essential. To turn things around, we need policies and actions that lead to actual change and that are being implemented, rather than just being talked about.”

While the political class and its media enablers engage in more distraction and theatre on climate, the adults in the room at the Reserve Bank have been spelling out the nature of climate risks to the Australian financial system. In a speech yesterday, deputy RBA governor Guy Debelle specifically referred in his words above to companies engaging in greenwashing and the problem of verifying the green claims made for products. But they were perfectly applicable to the farce in Canberra.

Climate change isn’t just another risk, Debelle told an investment conference. “Climate change is a first-order risk for the financial system.” That’s even without the various financial policies that have been proposed by members of the government, such as removing the deposit guarantee from banks that refuse to fund coalmines or forcing Australians to pay higher interest rates so that sinister international financial forces don’t dictate policy to us.

While Debelle focused on what the RBA is doing with other financial regulators in Australia, and with other central banks internationally, to address the first-order risk, he also explained how climate change would threaten financial stability.

First, via the major banks, which are, with their cooperation, being subjected to a “climate vulnerability assessment” that looks at the potential impacts of climate risk on their lending. The RBA thinks they’re pretty well placed: the risks to residential housing stock from extreme weather events is, in the RBA’s view, manageable for the banks overall. And, interestingly, the big banks have relatively low “transition risk” — e.g. losing money from lending to the owner of a stranded asset like a coal-fired power plant. That’s because “their portfolios appear to be less emissions intensive than the economy as a whole” — the big banks are already abandoning emissions-intensive borrowers. And they tend to lend to business over relatively short periods, when we know some climate impacts won’t fully manifest for a decade or more.

It’s a different story for asset managers. It may not be a good idea to lend to the owner of a coal-fired power station but it’s a bad idea to own one — or own the company that owns one. Investors already want to know their exposure to emissions-intensive activities, so there is a strong incentive for companies to disclose their exposure. But the RBA wants to make sure disclosure is both useful and comparable internationally, and is engaged in an international process to achieve much greater “global consistency and comparability of sustainability reporting”.

It’s also working on “climate taxonomies” which allow investors to properly assess the sustainability of products, recognising that not every product will be about zero emissions, but might result in net lower emissions that enable an appropriate transition to net zero in the longer term.

The broader risk to the economy as a whole is investor appetite for emissions-intensive economies and companies. “Climate comes up in most conversations I have with foreign investors,” Debelle said. “This is a marked change from a few years ago. Australian companies with an international investor base experience the same, as do the government debt agencies…” On that point, Debelle revealed that Sweden’s central bank, the Riksbank, stopped investing in Queensland and West Australian state government bonds “a few years ago”. Both states are big exporters of carbon, and both have also been slow to act on emissions reduction (WA more so than Queensland).

Debelle warned that the threat of losing investment will only accelerate:

Investors will adjust their portfolios in response to climate risks. Governments in other jurisdictions are implementing net zero policies. Both of these are effectively increasing the cost of emissions-intensive activities in Australia. So, irrespective of whether we think these adjustments are appropriate or fair, they are happening and we need to take account of that. The material risk is that these forces are going to intensify from here.

Like the laws of physics driving climate change, it’s happening whether Scott Morrison and Barnaby Joyce like it or not. The adults in the room get it. Too bad no one in the government does.