A strategy for India in a world that is adrift 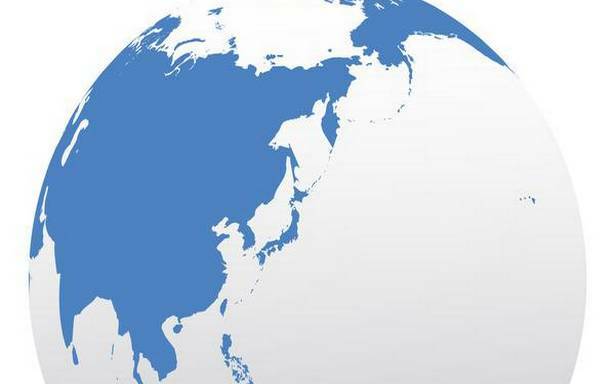 New situations require fresh thinking. A few of us — Yamini Aiyar, Sunil Khilnani, Prakash Menon, Nitin Pai, Ajit Ranade, Srinath Raghavan, and Shyam Saran — some of whom were authors a decade ago of Non-Alignment 2.0, were prompted by the tectonic shifts in India’s internal and external environment to take another look at India’s path to power in a world between orders. The outcome of our conversations is a discussion paper hosted on the Centre for Policy Research and Takshashila Institute websites called India’s Path to Power; Strategy in a World Adrift. It is our hope that we will receive comments, suggestions and criticism of the paper and that it will contribute to the national debate on our country’s course.

India’s fate is tied to the rest of the world

Secular stagnation in the global and Indian economies and a retreat from globalisation, the regionalisation of trade, a shifting balance of power, the rise of China and others, and structural China-United States strategic rivalry have shifted the geopolitical and economic centres of gravity from the Atlantic to Asia. Inequality between and within states has bred a narrow nationalism and parochialism. We are entering a new polarised information age, and face ecological crises of the Anthropocene, making climate change an existential threat. The COVID-19 pandemic has accelerated some of these changes and transformed others. All in all, we can no longer take the success of our development model for granted.

Asia as the nucleus

Over the next decade we expect Asia to remain the cockpit of geopolitical rivalries, and that the U.S. remains the most formidable power, though its relative power is declining. China sees a window of opportunity but acts in a hurry, suggesting that she believes that window may close or is already closing due to pushback from the West and others. China’s crowded geography constrains her both on land and at sea. We see a slim prospect of Chinese hegemony in Asia, but expect her profile and power to continue expanding, particularly in our periphery. The result is likely continued friction, some cooperation, and quasi-adversarial relations between India and China, which others will take advantage of. As neighbours and in the present situation, a mix of confrontation and cooperation is likely to continue to mark India’s relations with China.

Overall, we do not expect conventional conflict between the great powers in Asia, though other forms and levels of violence and contention in the international system will rise, with Taiwan a special case.

The roots of a decentred international order

The uncertainty and changing geopolitical environment clearly pose considerable challenges to Indian policy but also throw up certain opportunities, enhancing our strategic options and diplomatic space, if we adjust policies internally and externally, particularly in the subcontinent. Increasing security congruence with the U.S. could enable growing cooperation in fields significant for India’s transformation: energy, trade, investment, education and health. Other areas in which India and the U.S. could increase cooperation are: climate change and energy, on tech solutions for renewable energy, and on digital cooperation. Several middle powers are now India’s natural partners. There is also an increasing possibility of working with partners in the developing world building broader coalitions on issues of common interest. This time of transition between orders is also when new standards and norms are being developed, particularly in the digital space. India can and must be present at the creation. There are opportunities in other domains as well. At sea, the balance is today more favourable to us than before, possibly more so than on the continent. We suggest the creation of a Maritime Commission, a Bay of Bengal Initiative with partner countries, and increasing what we do with South East Asia in maritime security, cybersecurity and counter-terrorism. We should aim for multipolarity in Asia.

The way forward that we suggest is based on the core strategic principles in Non-Alignment 2.0 which are still relevant: independent judgement, developing our capacities, and creating an equitable and enabling international order for India’s transformation. Today’s situation makes India’s strategic autonomy all the more essential.

After 74 years of independence, can India truly be counted among the world’s freest?

At the same time, we must adjust to changing circumstances. We have no choice but to engage with this uncertain and more volatile world. One productive way to do so would be through issue-based coalitions including different actors, depending on who has an interest and capability.

We also suggest initiatives to craft and reinvigorate regional institutions and processes in the neighbourhood, reviving the South Asian Association for Regional Cooperation (SAARC) for instance. India could be the primary source of both prosperity and security in the neighbourhood — the subcontinent and the Indian Ocean Region. The over securitisation of policy towards our neighbours has driven trade underground, criminalised our borders, and enabled large-scale entry of Chinese goods destroying local industry in the northeast. While lessening dependence on China, and seeking external balancing, our primary effort has to concentrate on self-strengthening. If there is one country which in terms of its size, population, economic potential, scientific and technological capabilities can match or even surpass China, it is India.

Our paper also suggests several steps that we can take in India to ensure that India’s role and influence abroad continue to serve the task of transforming India. Economic policy must match political and strategic engagement. Globalisation has been central to India’s growth. A more active regional and international role for India is incompatible with a position on the margins of the global economy. Self-reliance in today’s world and technologies can only be realised as part of the global economy. We should not imitate China’s claims to being a civilisational state and its adoption of victimhood. Instead we should affirm our own strength and historic national identity.

In sum, we see self-strengthening as an absolutely essential precondition as also safeguarding the foundational sources of India’s international influence. We cannot separate our domestic trajectory from the external course we need to pursue to transform India into a strong, secure and prosperous country.

Shivshankar Menon is Visiting Professor at Ashoka University. He is also a former National Security Adviser and Foreign Secretary