A strange Davos, with covid epidemic, no snow, no Russians but rain & Ukrainians

There was no snow, no Russians and fewer Chinese delegates -- but plenty of rain and Ukrainians.

The World Economic Forum is typically held in January under a blanket of snow.

But after the 2020 event was cancelled due to the Covid pandemic, this year's WEF was postponed until the spring.

While the streets were wet, it was easier for delegates to get to and from the congress centre and their hotels than usual.

In the winter, it takes longer to go from place to place -- and it can be a slippery affair.

But Adam Tooze, a prominent economics history professor at Columbia University in New York, was not a fan of the spring date.

"I really think this time of year doesn't suit Davos at all. It's not summer and it's not winter," Tooze said. "It's a lot prettier, it's really exotic and weird in the winter."

While the WEF returned as Covid restrictions fell in Europe, organisers did not take any chances and required participants to be vaccinated and tested before travelling to Davos.

Arriving on site, delegates had to take another Covid test to be able to participate. Only one percent of attendees tested positive, according to the WEF.

This allowed people to mingle around the congress and party at night without masks on.

The WEF decided to exclude Russians in the wake of Moscow's invasion of Ukraine.

The Russians have traditionally been a major presence in Davos and held court at the "Russia House" on the main street.

But the red-shutter house was taken over by Ukrainians, who renamed it the "Russian War Crimes House" to put a spotlight on the alleged atrocities committed in their country.

The forum usually focuses on economic and climate issues, but the war in Ukraine took centre stage at the event, which was held under the theme "History at a Turning Point".

Ukraine's foreign minister, lawmakers and mayors seized on the event to plead for more heavy weapons for their army and harsher sanctions on Russia.

"This year, Davos is (the) Ukrainian forum, Ukrainian Davos," Ukrainian oligarch Viktor Pinchuk, whose foundation was behind the "Russian War Crimes House", said at an event.

Organiser said 2,500 delegates, including 50 heads of state and government, were expected at this year's edition.

But there were far fewer Chinese participants than usual.

Organisers said 21 delegates from China attended this year's WEF, compared to 79 at the last in-person forum in January 2020.

While European nations have dropped their Covid restrictions, Chinese authorities have imposed lockdowns on Shanghai as the country battles its worst outbreak since the start of the pandemic.

Travelling also requires a lengthy quarantine when returning to China.

Zhu Ning, finance professor at the Shanghai Advanced Institute of Finance, said some also missed this year's event because it was difficult to reschedule after it was postponed.

But he decided it was important to make the trip.

"I think there is some misunderstanding and misperception of China right now," he told AFP. "I just try to be this bridge to help the West understand China better."

The most prominent Chinese participant was the country's climate envoy, Xie Zhenhua, who appeared on a panel alongside US counterpart John Kerry.

President Xi Jinping made a splash when he showed up in 2017. 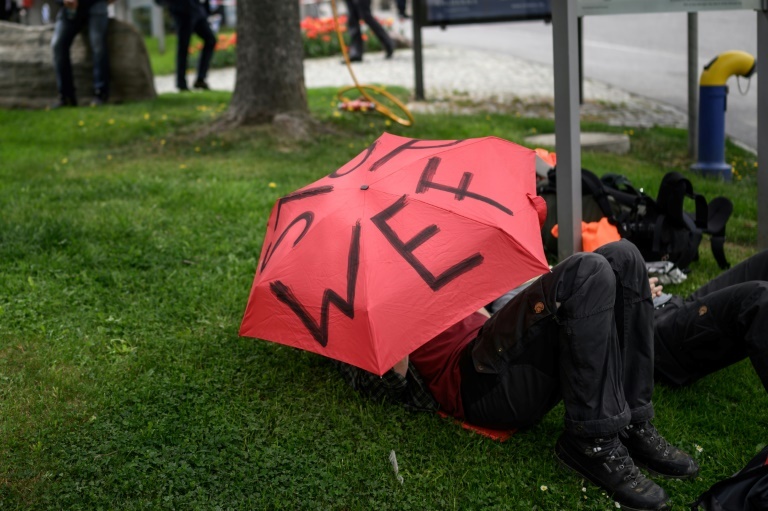 Covid tests, no snow and no Russians: A strange Davos
Davos (Switzerland) (AFP) - The Swiss Alpine village of Davos greeted the world's political and corporate A-listers again, but it…

The WEF and other global forums, once a haven for the elite to debate and set the global agenda, are…