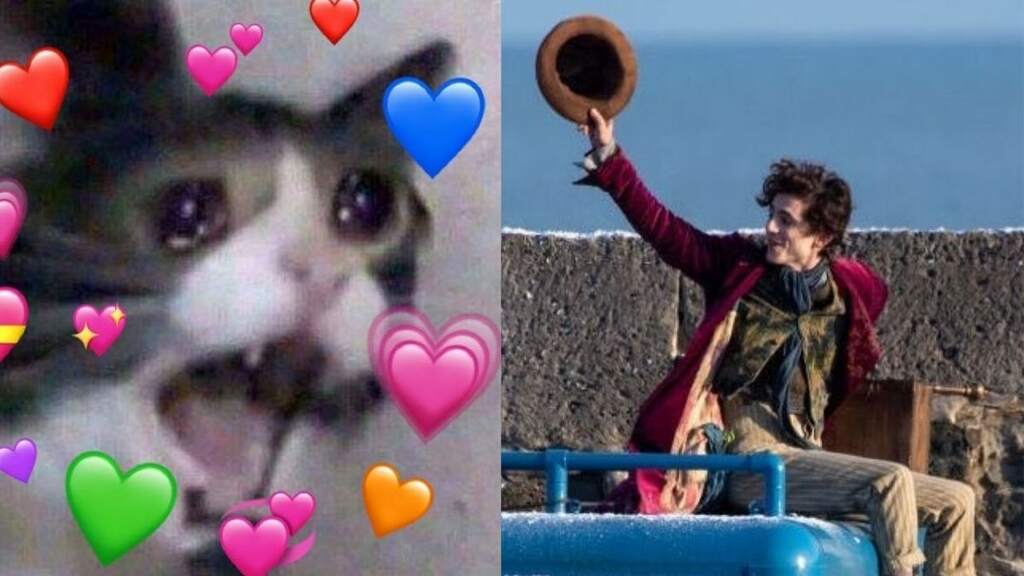 Well, well, well, I definitely didn’t expect to be talking about Timothée Chalamet‘s performance as the wily chocolatier Willy Wonka until the movie came out, but here we are. Friends, we’ve been blessed with a sneaky little snippet of Chalamet filming for the upcoming musical, and it’s given me a right ol’ sugar rush.

Yes, you read that right: musical.

The upcoming film, aptly titled Wonka, will have Mr Chalamet singing and dancing his way through the back story of Roald Dahl‘s most famous character, going over how he created his chocolate factory and… ‘met’… the Oompa Loompas.

Moving swiftly along… Twitter user @_ARTSARTSARTS (Art) stumbled upon Timothée Chalamet mid-filming for Wonka, and managed to whip out their phone in time to film him singing a brand new song while riding on the back of a truck through a town.

I’m sure the scene will look 10 times better post-movie magic, but it sure looks fun as it is.

theydies and gentlethems, without further ado, the main event… THEE timothée chalamet on my doorstep recording a musical number for wonka ! and i am living ! timmy nation rise !!! pic.twitter.com/LswcIBSca9

Did you all hear that? “Now it’s time to show the world my recipe,” and “hat full of dreams,” — why am I feeling all warm and fuzzy from this stupid little clip.

I don’t think Timothée Chalamet will be on the back of a truck in the film, however. It’ll probably be edited into some kind of horse and carriage in post, as he rides out of town and into the unknown.

Interesting that he makes note of his “recipe,” though, because wasn’t Wonka’s entire secret stolen from the native Oompa Loompas? And then they were taken in as slaves?

Clearly, they aren’t going for Dahl’s problematic AF route (and thank the lord for that), so the film’s probably going to have Wonka setting out for the big world and making friends with the Oompa Loompas. At least I really, really, hope so.

I’ve got a hat full of excitement for all of this, and I’m keen to see how it all turns out. So far, a singing Timmy can go no wrong.

Please, cinema gods, let this be our golden ticket to a musical that doesn’t suck eggs like Cats did.

The post A Sneaky Fan Captured Footage Of Timothée Singing On The Set Of Wonka And My Heart Is Full appeared first on Pedestrian TV.