COBARGO, Australia — On a recent sunny day in the hills behind Cobargo, a village in southeastern Australia, local volunteers were hard at work installing a bathroom for the Jee family, which had waited more than two years for a proper one.

Tammie and Brett Jee and their five sons lost their home on New Year’s Eve 2019 when a ferocious fire swept through the area. It was one of the most damaging of the record-setting “black summer” bush fires in Australia that killed 34 people, destroyed 3,500 homes and burned more than 60 million acres over two months.

For the Jees and many others, the recovery from their devastating loss has been painfully slow. Barely 1 in 10 families in the affected region have finished rebuilding, local government data shows. Most have not even started. Planning delays, skilled labor shortages, supply chain problems brought on by the pandemic and a lack of government support are among the causes of delay.

The suffering has left its mark not just on the families living in sheds or battling bureaucracy. It has also shifted the political firmament: If the opposition Labor Party wins the Australian election Saturday, it could be in part because these once-conservative rural towns south of Sydney have shifted their allegiance out of frustration and anger.

“It’s a perfect storm of factors,” said Kristy McBain, the area’s member of Parliament. Among them is a recovery effort complicated by overlapping involvement from national, state and local governments.

“It seems that every time we have a disaster, we have a government that wants to try to reinvent the wheel for how recovery should work,” added McBain, who was mayor of the local council during the fires. “And we’ve never settled on a model, which is pretty crazy.”

Other communities were also devastated by the summer blazes. Other towns have also struggled to rebuild and recover, hampered by a pandemic; by flooding and storms; and by a glacial approval process from government agencies.

But Cobargo, where Prime Minister Scott Morrison was loudly heckled while visiting the town in the fires’ immediate aftermath, has come to stand as an emblem for the devastation and the politically divisive aftermath.

Just inland from Australia’s southeast coast, 240 miles from Sydney, Cobargo is in the electorate of Eden-Monaro, a bellwether seat that, until 2016, had been won by the party forming the government in Australia’s parliamentary system for four decades. It is currently held by McBain, for the opposition Labor Party, who won a by-election in July 2020 with a margin of less than 1 percentage point.

The electorate to the north, Gilmore, also hard hit by the fires, is held by another Labor representative, Fiona Phillips. It was previously in conservative hands for two decades.

With the ruling conservative Liberal-National coalition expected to lose urban seats in other states, the conventional wisdom is that the current government’s route to reelection goes through the country — in this case, bush-fire-ravaged country.

Morrison governs with a one-seat majority in Parliament. A failure to win back those seats could cost his coalition reelection.

The Jee family has more immediate concerns. They initially lived in a rental property before returning to their fire-scarred rural acreage in Wandella, near Cobargo, where they built a small shed and supplemented it with a disaster accommodation “pod” — a self-contained shipping container 23 feet long and 8 feet wide — provided by an Australian charity.

Life in their tiny temporary accommodation has been hard, even before an unseasonably wet year that now has them fighting mold. Because the Jees’ third son, Mason, 16, has muscular dystrophy, he cannot use the cramped, camp-style shower in the pod. Before the new bathroom was installed in a newly constructed shed, every time he wanted to shower, he had to go to his grandmother’s house, a few miles away.

When the Jees set about rebuilding, they hit a wall of planning paperwork. Legacy planning issues with their previous home, and changes to development law, meant that at one stage it looked as if they might never be permitted to rebuild.

While those roadblocks have been largely overcome, the Jees are still awaiting final approval to start construction. They are unlikely to have a new home built by the fourth anniversary of the bush fires. “It’s been a nightmare,” TammieJee said.

Nearby in Cobargo, Vic Grantham has been trying to get answers about the latest delays in his own planning process. When Grantham and his partner, Janice Holdsworth, moved to a 26-acre property in the area in 2005, they found community and contentment.

Early in the morning on New Year’s Day in 2020, their house was destroyed by fire.

They sold their property and bought a block in the Cobargo township, intending to live in an existing shed on that site while they built their new dream home.

But because they had moved, they subsequently learned, they no longer qualified as bush fire survivors for planning prioritization by the local government.

There are signs that such anger at the disaster response could hurt the Liberal-National government’s chances of regaining Gilmore and Eden-Monaro. A poster depicting Morrison in a Hawaiian shirt and floral headpiece was prominent recently on Cobargo’s main street, pointedly reminding voters that the prime minister vacationed in Hawaii while the fires were raging.

In February, there was a regional government by-election for the seat of Bega, which takes in parts of the two federal electorates and is home to many communities hit by the fires. For the first time, a Labor candidate won the seat.

“I do think there was anger about the bush fires,” said the election’s winner, Dr. Michael Holland.

At his clinic in the coastal town of Moruya, Holland, an obstetrician, recalled sheltering from the fires in his office. “I slept for five nights on the floor here,” he said.

His home was spared, but many of his constituents were not so fortunate. “People still haven’t rebuilt,” he says. “There are really a lot of people out there struggling, and they’re a lot of the time struggling in silence.”

With Australia acutely vulnerable to the impact of climate change, effective disaster recovery is going to become only more critical in the years ahead.

“Climate change makes a difference,” said McBain, the member of Parliament. “These events are occurring more frequently; they are more intense. They are having an impact on the lives and livelihoods of so many people now. It is incumbent upon governments to get the process right.”

Whatever happens during Australia’s election, the people of Cobargo will continue their slow road to recovery.

“You heal with the land,” said Philippe Ravenel, a Swiss Australian blacksmith who, with his wife, Marie, lost his home in Wandella during the fires.

“We cannot complain,” he said, noting that some lost their lives. The fire in the area was so intense that Philippe Ravenel’s cast-iron pots melted.

For much of the past two years, the Ravenels have lived in a shed attached to the blacksmith workshop, which survived the fires. They will soon begin rebuilding.

In the meantime, Philippe Ravenel has been part of a project to help the community heal. Together with another local blacksmith, Iain Hamilton, he has opened up his workshop to residents from the area to forge a leaf inscribed with their name. Once 3,000 or so leaves have been forged, the blacksmiths intend to use them to create a memorial.

“The idea is that you have a tree that you can sit under and reflect,” he said.

The memorial, on Cobargo’s main street, will be a lasting reminder of the bush fire that devastated this hamlet, the turbulent rebuilding process that followed and Cobargo’s central role in a wider national debate in Australia.

“We use fire to create something,” Ravenel said of the project, “instead of all the destruction that the fire left behind.” 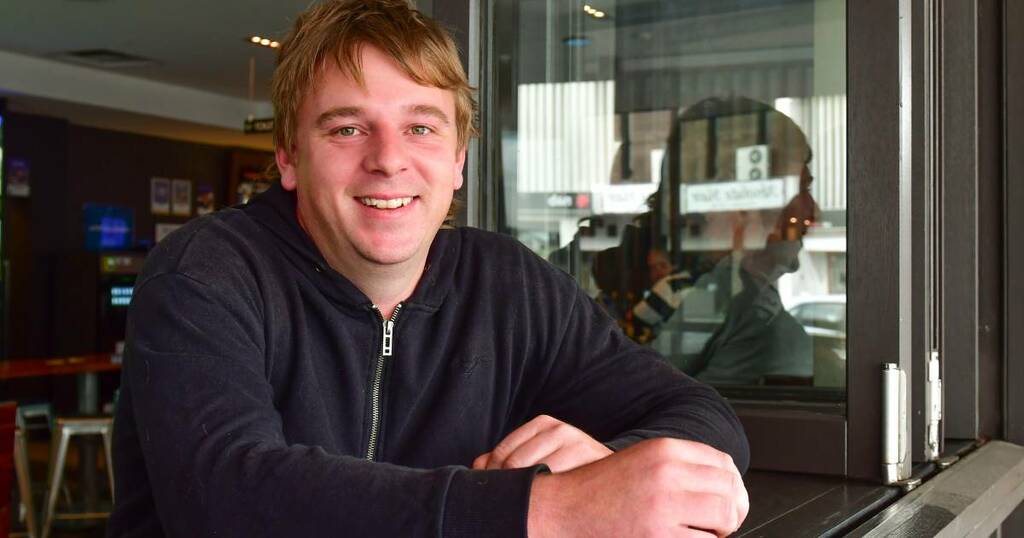 The Canberra Times
From analysis to the latest developments in health, read the most diverse news in one place.
Australian prime minister launches campaign days before poll

Australia’s embattled prime minister has officially launched his conservative party’s campaign less than a week before elections, highlighting the nation’s…

The Independent UK
State of the states: six politics experts take us around Australia in the final week of the campaign