The February draft, written by Justice Samuel A. Alito Jr., would free states to prohibit almost all abortions, except possibly to save the life of the mother.

If the opinion becomes a final decision next month, it means abortion will no longer be a legal right but instead will turn on partisan politics.

In advance of the ruling, there's been plenty of discussion about what happens next. Here are three examples of commonly heard speculation, and why the reality is more complicated:

—Once conservative justices overturn Roe, they will move to restrict same-sex marriage and contraception

While possible, it is unlikely.

It's true that Alito writes in the draft that the court only should recognize new rights if they are spelled out in the Constitution or "deeply rooted" in the nation's history and tradition. That formulation would cast doubt on recent liberal rulings, including gay marriage.

In his draft, Alito tried to put to rest the fears that other rights were now in danger, and he may well needed to do so to win the votes of Justices Brett M. Kavanaugh and Amy Coney Barrett.

First, abortion is "unique," Alito said, because it "destroys ... the life of an unborn human being," quoting the lawyers for Mississippi in the pending case. Past rulings involving marriage and contraception are "fundamentally different," he said, because no one is harmed.

Second, he said the justices should overturn past decisions only if they have been shown to be unworkable and divisive, and he argued that Roe vs. Wade has "inflamed" the battle over abortion rather than resolved it.

As evidence, he noted that lawyers for 26 states urged the court to overturn the right to abortion.

By contrast, the decision in Obergefell vs. Hodges upholding same-sex marriages appears to have resolved the political divide over that issue. Public opinion polls show an overwhelming majority now supports same-sex marriages, and no state is seeking to overturn it.

"Nothing in our opinion should be understood to cast doubt on precedents that do not concern abortion," Alito wrote.

Even so, advocates for LGBTQ rights have reason to be skeptical. The conservatives are likely to uphold claims from religious conservatives who say they should not be required to participate in same-sex weddings, even if their state's law requires businesses provide full and equal services for LGBTQ customers.

The justices were split on that issue in 2018 in the Masterpiece Cakeshop Case, and they have agreed to hear another Colorado case on the same issue this fall. A ruling in favor of the business owner would be a setback for LGBTQ rights, but its impact would be limited.

That's not correct, but they — like virtually all Supreme Court nominees in modern history — gave vague answers and engaged in word play that may have allowed senators to hear what they wanted to hear.

Ever since the Senate in 1987 voted down Judge Robert Bork, Supreme Court nominees have refused to discuss their views on the most disputed issues before the court — and none has been more disputed than abortion.

It has created an odd dynamic: White House lawyers vet and select nominees who they believe will vote reliably on the president's side on all the major issues. Then the nominees go to before the Senate and assert they are open-minded jurists who have no fixed views, and will seek to follow the law.

President Donald Trump promised Supreme Court nominees who would overturn Roe v. Wade, and his White House lawyers screened candidates with that aim in mind. When questioned by senators, Justices Kavanaugh and Neil M. Gorsuch said they would not discuss questions that might come before the court.

But when asked about abortion, they spoke of the importance of precedents and the doctrine of "stare decisis," or standing by what had been decided. These past rulings are entitled to respect, they said.

At hearings and during private meetings with lawmakers, they referred to Roe as "settled law" and "settled precedent." But such terms in reality are vague and meaningless, since they simply acknowledge an existing Supreme Court precedent.

Neither promised to the Senate committee they would not overturn those precedents. But that apparently was enough to win the votes of the Senate's two Republican women, who support abortion rights.

From the moment she was nominated, Justice Barrett was widely believed to be a vote to overturn Roe. During her confirmation, she acknowledged her personal opposition to abortion, but vowed to separate those views from any legal case before her.

—The court could rule for Mississippi in the pending abortion case without overturning Roe v. Wade

That is still possible, but very unlikely. It depends on Kavanaugh.

During oral arguments on the Mississippi abortion law last December, Chief Justice Roberts stood alone in seeming to advocate for a narrow ruling focused solely on upholding the state's 15-week limit on abortions, and leaving Roe at least partially in tact.

While Alito's draft reflected the views of the five most conservative justices, Roberts' friends and former clerks suggest he has drafted a separate opinion seeking to win over one or more votes.

The justices follow an internal rule that calls for draft opinions in all the pending cases to be circulated in May so others can respond or prepare a dissent.

If Kavanaugh or one of the other conservatives joined with the chief justice, Roberts could issue a middle-ground opinion that ruled for Mississippi, but did not overturn Roe v. Wade. In such a case, the court's three liberals presumably would join in an effort to moderate the ruling.

But Kavanaugh has sent no signals that he is interested in such a cautious approach. In the fall, he and Barrett repeatedly refused to join the chief justice to put a Texas abortion law, on hold even though it made most abortions illegal.

If none of the others agree with the chief justice, he could write a separate opinion that concurs in the outcome. In the past, he opposed Roe v. Wade, and it's also possible he could sign on to Alito's opinion to make it a 6-3 ruling. 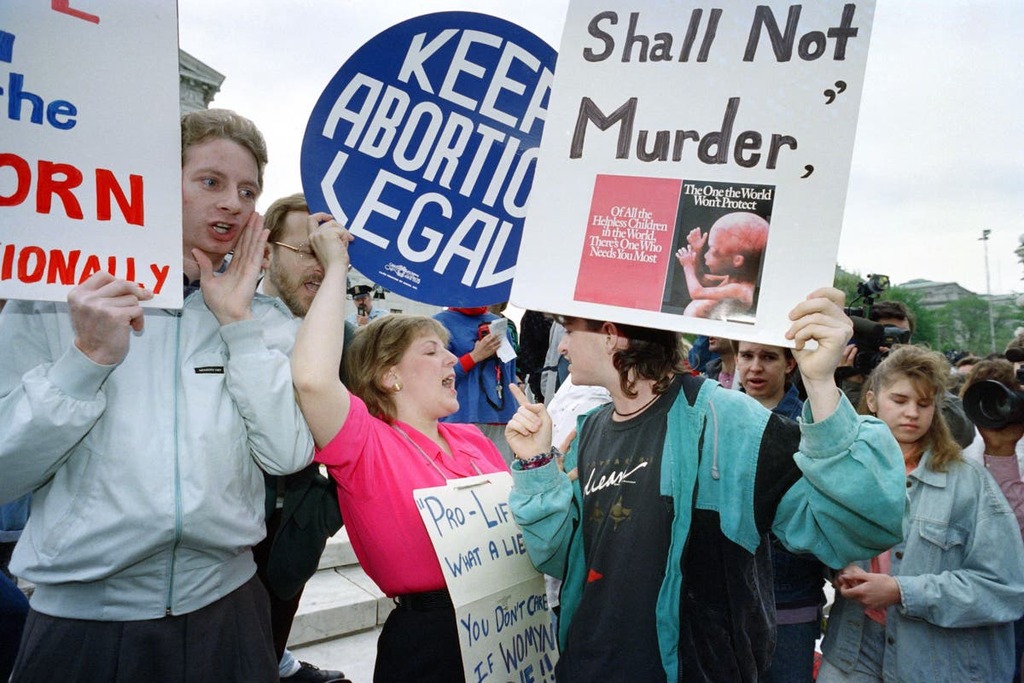 How the ‘pro-life’ movement killed Roe v Wade
Powerful legal groups, conservative Christian activists and right-wing figures shaped an anti-abortion agenda in the hands of the US Supreme…

The Independent UK
One subscription that gives you access to news from hundreds of sites
Roe vs Wade: Lawyer who argued landmark US abortion case outraged over possible reversal