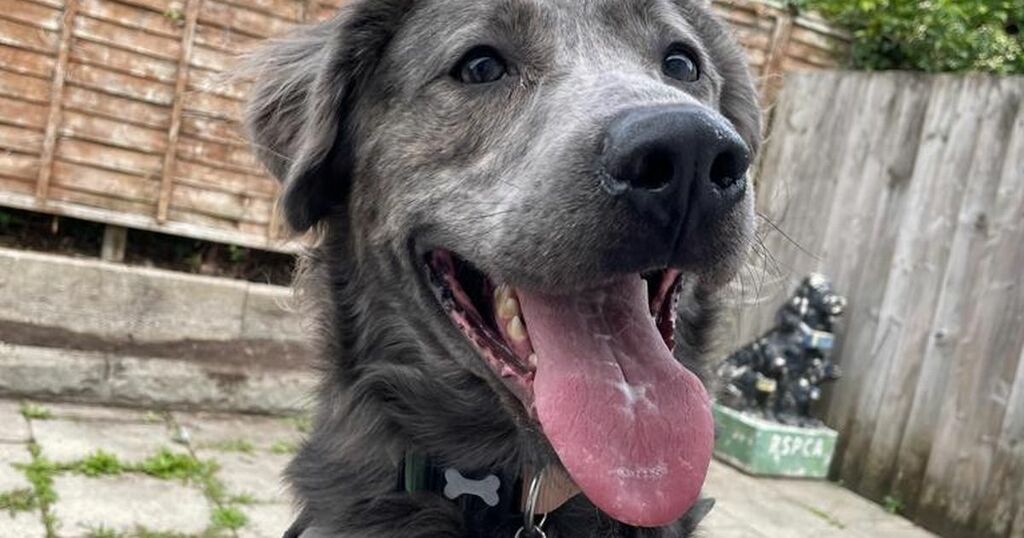 Over 18,000 dogs have been rescued, rehabilitated and rehomed at Darlington Rehoming Centre since it first opened its doors in…

Six-year-old Tony, who is up for adoption with Oakwood Dog Rescue, in Hull, has been unable to secure a new…

A dog who had never been taken for a walk and was kept in shocking conditions in a dilapidated barn is still looking for a new home - despite being rescued 471 days ago. Charlie, a five-year-old crossbreed canine, was rescued by the RSPCA in January 2021 from a property in Ceredigion, along with 44 other dogs aged between 11 weeks and 10 years of age.

They were being kept in "inappropriate conditions", and the sheer amount of dogs at the site meant the property owner was struggling to meet their basic needs, resulting in a lack of shelter and a poor diet for the various different breeds. If you'd like, you can get the latest WalesOnline newsletters e-mailed to you directly for free by signing up here.

Many of the dogs rescued at the beginning of last year were taken to the RSPCA’s Animal Centre in Newport, but Charlie is now the only one that remains. In fact, he is now the animal charity’s joint longest-stay dog in Wales. That’s because two potential offers to provide him with a loving home have ultimately come to nothing, meaning that Charlie is still waiting for a happy ending after going through so much.

READ MORE: Historic Welsh lido dating back to the 1930s could finally reopen

“We were feeling so hopeful that Charlie would be enjoying life with new owners by now, but sadly the two offers of homes have fallen through and we find ourselves back at square one,” said Kathryn Logan, deputy manager at the animal centre in Newport. "He’s come such a long way from the scared and nervous dog he was when he arrived at the centre back in January 2021; he had never gone outside, worn a collar or been on a walk, but his transformation has been quite incredible.

“For the first few weeks he wouldn’t move from the corner of his kennel, and it was only when he began to trust his carers and feel more at ease that he would place his chin on our hand, although it wasn’t until four months later that he was confident enough to take his first steps outside the kennel.

“Charlie really is a different character now, his beautiful personality shines through and he loves a cwtch from his carers. We all think the world of him, but of course we’d love nothing more than to see him finally settled in his own home.”

Before being rescued from the property in Ceredigion, Charlie had experienced very little human contact and as such will require a specific type of new home. He still finds some situations frightening, so he will need a “patient and quiet adult-only environment where he can get used to different noises slowly”, according to the RSPCA, who added that a big garden would also be beneficial for Charlie so that he can bond with a new family in a bigger space.

He would also benefit from living with another calm male dog, or a neutered female, who can help him get to grips with everyday life as a pet. Whoever is interested in giving him a new home will also need to visit him several times first so that he can build up a trust and a rapport with them. If you are interested in adopting Charlie, you can apply to do so here.

“I think his favourite pastimes are rolling around on the nearest patch of grass when we go out walking and then wrapping himself up in towels when he’s had a bath. Despite what he’s been through, he’s exceptionally friendly and he would definitely enjoy, and benefit from, the company of another canine companion.”

RSPCANewport (Geopolitical Entity)
Sign up to read this article

Over 18,000 dogs have been rescued, rehabilitated and rehomed at Darlington Rehoming Centre since it first opened its doors in…

Six-year-old Tony, who is up for adoption with Oakwood Dog Rescue, in Hull, has been unable to secure a new…