A child’s life is sacred – until they’re born 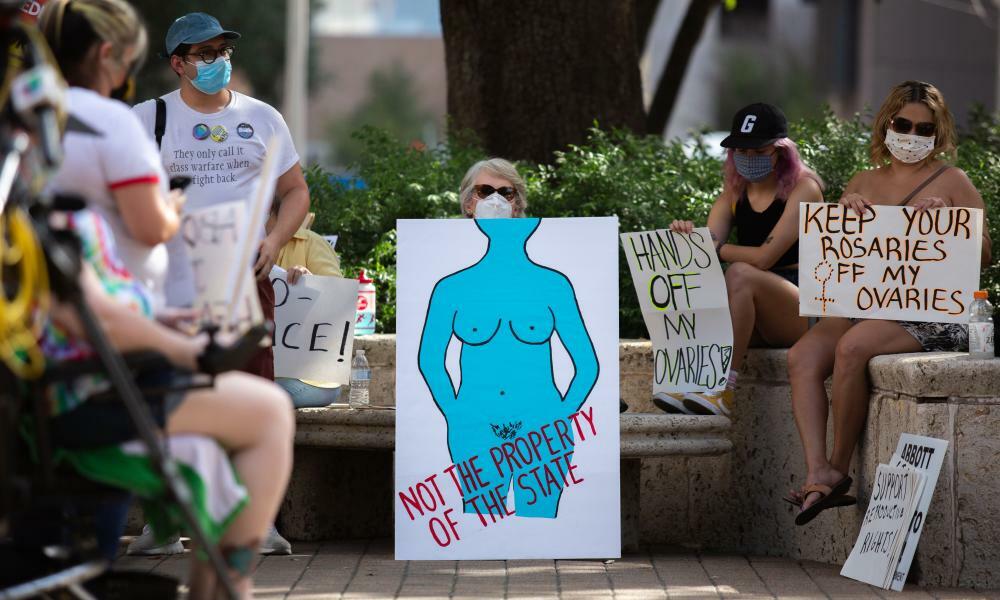 If Texans can now claim a $10,000 bounty for preventing a woman from seeking an abortion, would it not also be fair for bounty hunters to be required to contribute to the costs of raising the resulting baby (Editorial, 2 September)? I’m sure $10,000 a year would help to give a child a better start in life. Or are they only “pro-life” before a child is born?Chris WebsterGümligen, Switzerland

• The 30 best gangster films (9 September) without The Sting is certainly a crime.Steen PetersenNanaimo, British Columbia, Canada

• I wonder just how much of the extra funding proposed for the NHS will be going to outsourced private companies and their fat cat directors (Rishi Sunak agrees to add extra £1bn to NHS budget increase, 6 September)?Robert GraemeLlanfairfechan, Clwyd

• A rose by any other name smells just as sweet / To say a levy’s not a tax is just deceit.Dr Colin J SmithWest Kirby, Wirral

• The best advice I’ve heard on going mushrooming is “always save one to take to the hospital” (In search of a marvellous meat-free treat? I have found the perfect fungus, 9 September).Michael HeaneyKidlington, Oxfordshire