By Euan Black and Matthew Elmas 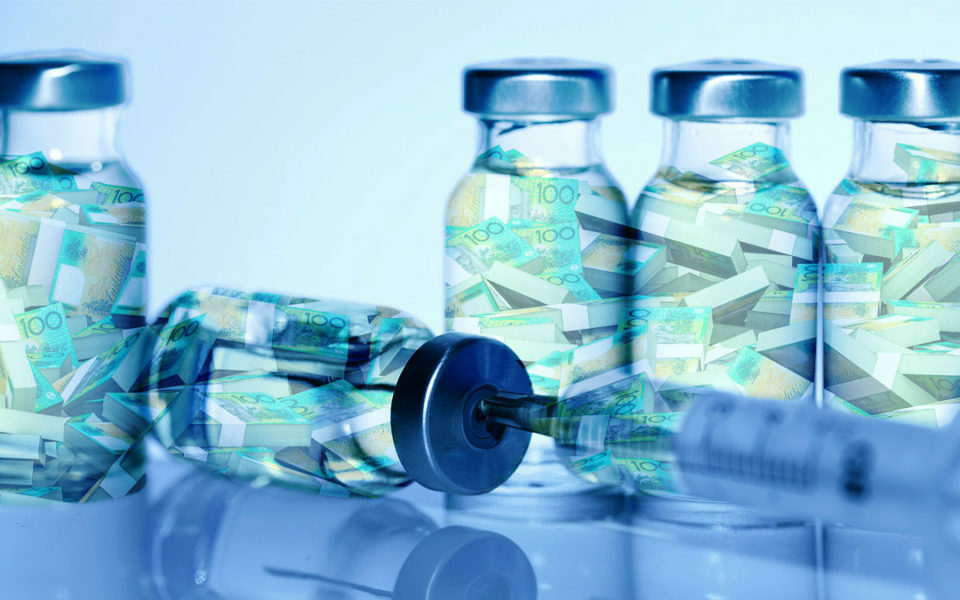 That’s because it could now take up to 12 months longer for Australia to reach COVID-19 herd immunity, after failings with the AstraZeneca jab last week shredded the government’s original vaccine roadmap.

Prime Minister Scott Morrison had promised to inoculate Australia by October, but those plans are now dead and capital cities could suffer an extra four to 34 days in lockdown as a result, according to new analysis from the Labor-aligned McKell Institute think tank.

The heightened risk of further outbreaks and snap lockdowns as a result of the delayed rollout could cost the economy between $472 million and $4.1 billion, depending on how quickly the vaccine rollout ramps up from here, the McKell economists said.

And those figures don’t include the economic activity lost as a consequence of other factors, such as the extended international border closure, which UNSW economics professor Richard Holden said could exceed $10 billion.

“If we progressed [vaccinations] rapidly like Israel, the UK and US, we might have been fully vaccinated by June or July this year,” he told TND.

“It doesn’t look like we’ll be into that position until well into 2022. That has a direct economic cost into the tens of billions of dollars, most likely.”

Separate analyses by the International Monetary Fund (IMF) and Deloitte Access Economics (DAE) have also warned that the vaccine rollout will be central to our economic recovery.

To safeguard against the mounting risks, Professor Holden and other economists are now arguing for increased support to industries like tourism and higher education – suggesting that JobKeeper should be revived.

Danielle Wood, chief executive of the Grattan Institute think tank, said the government should at least draw up a plan to restart the $90 billion wage subsidy scheme so it could be brought back if needed.

“[The delayed rollout] is pretty devastating for the economic recovery on a number of fronts,” Ms Wood told The New Daily.

“While we don’t have enough of the population vaccinated there’s a real risk of another wave of the virus and associated lockdowns … the longer the rollout takes, the greater the risk that could occur.”

Ms Wood added that the increased risk of further outbreaks also would continue to weigh on consumer and business confidence into 2022.

Although the federal budget is due in May, Treasurer Josh Frydenberg is not expected to unveil any large stimulus packages beyond expanded access to the $4 billion JobMaker hiring credit scheme.

The government has also ruled out bringing back JobKeeper or another form of industry income support, despite the vaccine bungle.

“While the continued vaccine rollout is an important step in protecting Australians against the threat of the virus, the timing of the rollout is not expected to derail momentum in our economic recovery,” Mr Frydenberg said in a statement on Monday.

But in a Facebook livestream on Monday afternoon, Mr Morrison flagged additional spending to “ensure the Australian economy keeps leading the world out of the recession”.

“You’ll see more measures that build on the work done by JobKeeper and JobSeeker,” he said.

Independent economist Saul Eslake agrees the government should unveil new spending programs, but said the economic recovery is still on track, even with the international border likely to remain closed for longer.

“The borders now probably won’t be open probably until maybe this time next year or later. In most respects that’s a negative for the economy,” Mr Eslake told TND.

“Although an under-appreciated source of strength in household spending has been the $55 billion that Australians would have spent overseas each year that they can’t, a significant proportion of which they’re instead spending at home.”

“It does not shift the dial for domestic demand in 2021 provided any outbreaks of COVID‑19 are traced and well contained and significant restrictions are not reimposed for an extended period,” he said.