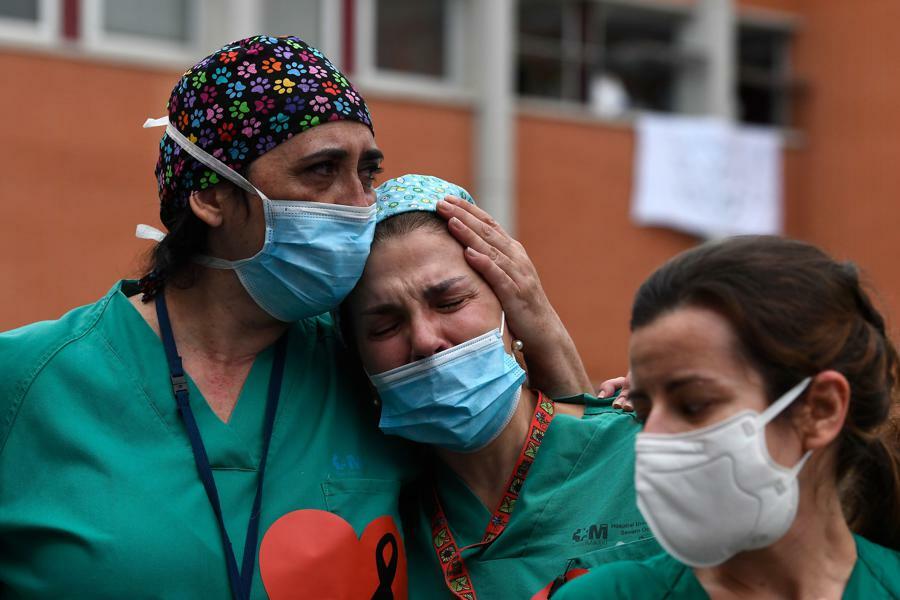 The toll of the hyper infectious delta variant could have been severely mitigated by more widespread vaccination, according to an analysis published Wednesday by the Kaiser Family Foundation which estimated 90,000 Covid-19 deaths among U.S. adults between June and September 2021 likely could have been prevented by getting the shot.

About 91% of the 103,800 deaths among adults during this four-month period likely could have been prevented, the healthcare-focused non-profit estimated using federal data on deaths, breakthrough infections and the efficacy of vaccines.

Some 57,000 (or about three quarters) of the preventable deaths came from the month of September, when Covid-19 became the U.S.’s second leading cause of death, beating out cancer, accidents and stroke, according to KFF.

The only greater cause of death during this particularly deadly month was heart disease, which typically kills about 2,000 Americans each day, a number Covid-19 trailed by less than 200 daily fatalities.

Overall, the delta wave of the virus proved especially deadly for younger adults (those between 25 and 54 years old), killing more people in this age bracket in August and in September than in any other month prior, the KFF analysis shows.

Even for children, Covid-19 became the No. 7 leading cause of deaths for those between 1 and 4 years old in August and September and No. 6 for those between 5 and 15 (it had ranked between 8 and 11 for each group the three months prior).

“Covid-19 vaccines that are free, safe and highly effective have been widely available to all adults in the U.S. since early May 2021,” the Kaiser Family Foundation emphasized. “The overwhelming majority of Covid-19 hospitalizations and deaths continue to be preventable.”

While many states reported that the vast majority of people ending up hospitalized or dead from Covid-19 during the brutal delta wave weren’t vaccinated against the virus, this analysis offers a more concrete and overarching look at just how much of the devastation could have been prevented. Despite the widespread availability of vaccines in the U.S. (unlike in many other countries), just 57% of Americans have been fully inoculated while 65% have received at least one shot, according to a tracker run by The New York Times. Nineteen states are still yet to get 60% of their populations partially inoculated and three—Idaho, West Virginia and Wyoming—are still below 50%.

After months of skyrocketing cases, hospitalizations and deaths through the summer and early fall, Covid-19 appears to be receding in the U.S. Average daily cases have dropped from a peak of more than 175,000 in mid-September to just over 91,000. Hospitalizations have also fallen dramatically to 65,943 (this number was at over 100,000 in early September) and deaths are down slightly to 1,938 per day.