An 88-year-old woman was attacked by a drunk thug in her own home.

Andrew Craig slapped and spat at the pensioner after turning up at her Barrhead home and refused to leave. Paisley Sheriff Court heard the 49-year-old and his partner Elizabeth McGrath had been evicted from their property over anti-social behaviour.

Ms McGrath had then moved in with her mother, Agnes in Carlibar Road. But after spending the day drinking, drunk Craig turned up at the house he repeatedly slapped the elderly woman then punched his girlfriend and pulled her hair, the Paisley Daily Express reports.

Craig appeared in the dock on Friday having spent the last 15 weeks in prison on remand. Procurator fiscal depute Edwin Sheeran told the court Elizabeth and Craig have been in an on/off relationship for five years.

Mr Sheeran said: "At around 8.30pm on April 7, both Agnes and Elizabeth McGrath were within the property when the accused attended at the front door. An argument took place at that time and the accused entered the property and sat down on the sofa.

"Agnes McGrath tried to contact police and Craig slapped the back of her head then slapped her right cheek before spitting on the right side of her face. Agnes requested he leave and Elizabeth tried to get him to leave, but he punched her several times to the chest and pulled her hair.

"The accused then left at this point and the witnesses heard him saying, 'What the f**k you gonna do about it?' At 9.15pm, police attended and noted Agnes was upset and angry.

"Elizabeth gave an account of her assault and that she seen the accused assault her mother. The accused was traced, arrested and held in custody."

Craig's defence solicitor told the court the relationship between Elizabeth and Craig - who is a father of two daughters - was "ongoing", with her visiting him weekly in prison.

She said: "Mr Craig speaks with his partner almost daily on the telephone and there are no problems. He is now 49 and his offending behaviour didn't start until 2011.

"Alcohol is at the root of his entire offending history. On this evening, he had been evicted from his accommodation.

"Ms McGrath returned to her mother's home and he had nowhere to go. He spent the day drinking alcohol and turned up in the hope to stay the night and he is disgusted with himself.

"He is grateful there was no injury caused, but he remains disgusted with his conduct."

Sentencing, Sheriff Gillian Craig said: "I'm sure in the cold light of day when you look at your actions that you are horrified. This was an assault on a 88-year-old woman and an assault of your partner where you repeatedly - and I take note of the word 'repeatedly' - punched her on the body and seized her by the hair, and as such, I see no alternative than a custodial sentence."

Sheriff Craig locked up the brute, who was described as a prisoner of Low Moss, for 12 months backdated to April 8. 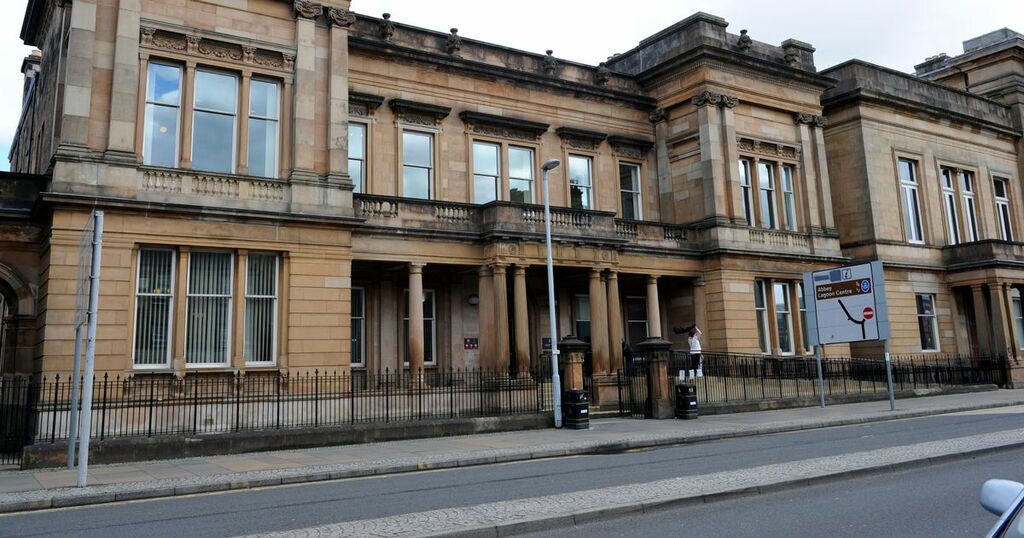 Drunk bully slapped and spat on OAP, 88, before attacking his partner
Andrew Craig targeted both his partner and her elderly mother during disgusting assault

Daily Record
From analysis to the latest developments in health, read the most diverse news in one place.
Lanarkshire thug filmed throttling ex in 'doggy-cam' video says he's being treated unfairly

Hamilton Sheriff Court heard that Christopher Forrest is "troubled" that a social worker compiling a background report ahead of sentencing viewed videos of him attacking his 33-year-old former partner.

Two men began fighting with each other onboard a service between Glasgow Central and Anderston before other men began to join in. The two men were both bleeding after multiple punches.

Lars Pederson was sentenced at the High Court after attacking distressed Alison McAllister as she sat by the canal grieving the loss of her childhood sweetheart.

The incident took place on board a service between Edinburgh Waverley and Glasgow Queen Street on Tuesday, July 19 at around 7pm. British Transport Police are behind the appeal.

Glasgow Live
One place to find news on any topic, from hundreds of sites.
Glasgow's River Clyde 'boggin' as used condoms spotted among sewage

Glasgow community group River Clyde Environment Group issued an urgent call to locals. They warn that flushing waste down the toilet means it could end up in the river.