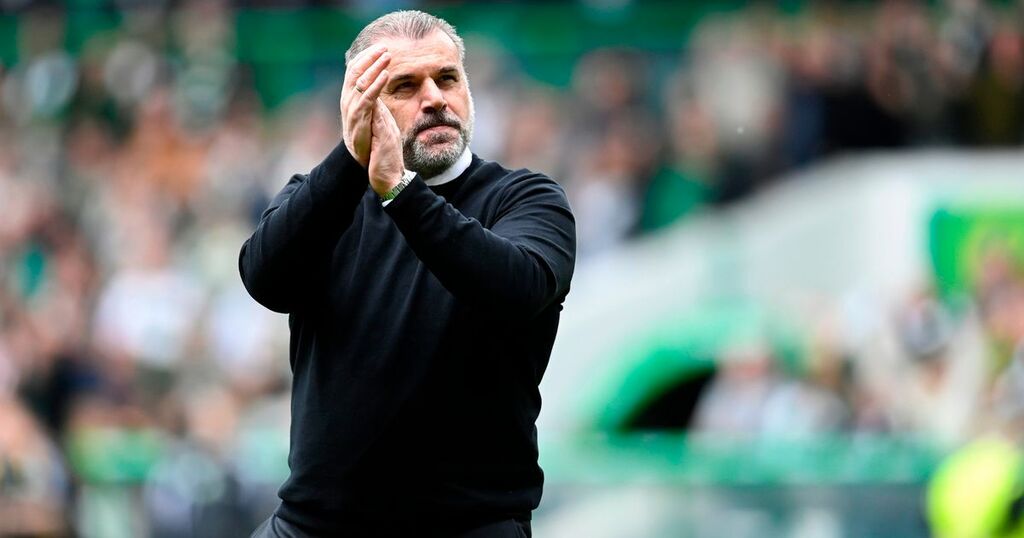 Celtic squad revealed for Dundee United as Ange Postecoglou spoiled for choice in Premiership clincher
Postecoglou's side can be confirmed as champions at Tannadice on Wednesday night.

Congratulations are in order as Celtic have officially been crowned champions of the cinch Premiership.

It has certainly been a season to remember for Ange Postecoglou's men as they managed to overturned Rangers ' advantage at the top of the table.

It comes after a draw against Dundee United sparked title glory.

Ange Postecoglou' s side have been the best in the league and deserve their crown.

But it wasn't just Wednesday's result which secured Celtic the title. There have been a fair few games that have made the difference.

Record Sport have taken a look back at this season and the crucial clashes that have helped the Hoops edge it this campaign.

It wasn't until matchday eight of the Premiership season that the Hoops would get their first domestic victory on the road this term – and their first in the league since February of last year.

Kyogo chested them into the lead early on as it became apparent Celtic had a serious player on their hands.

But then Lewis Ferguson looped a header past Joe Hart and it was looking like more dropped points for Ange Postecoglou on the road.

Step up a certain Jota to announce himself six minutes from time and send a packed away end ballistic.

Some cackled at a perceived overzealousness to the green and white celebrations after the match as fans chanted "this is the day we've won away" on loop.

But those in attendance will know what a significant day that was as Jota's late goal was the first in a line of last-gasp strikes that would prove the difference over the course of the season.

Speaking of late strikes, this one was the daddy of them all.

One of the stories of the season in Glasgow's east end has been the reinvention of Antony Ralston whose 'Brickie' nickname went from a slight on his footballing ability to a term of endearment.

And no game helped this turnaround more than a night of drama in Dingwall.

With Liel Abada leading the line the Israeli got Celtic off to a good start but it unravelled in the second half when Jack Baldwin levelled and Carl Starfelt was then sent off.

Tom Rogic stood it up for Ralston to head home in the 97th minute sparking a pitch invasion and the very definition of 'scenes'.

From those milling around the Celtic Way to folk meandering around the stadium concourse, cheers were heard as the news filtered through that Rangers had thrown away two points in the Highlands against Ross County.

The blue half of Glasgow could so easily have been answering back with their own roar as Nir Bitton was red-carded and the home side huffed and puffed in the search for a breakthrough.

United keeper Benji Siegrist was almost unbeatable as he rattled off save after save.

So much pressure was on the shoulders of young Abada when he controlled the ball in the area on 90 minutes – before lashing high into the net.

The Israeli whipped off the top as he ran towards the corner.

What made that United victory so significant was it opened the door for Celtic to top the table with a victory over Rangers days later.

Slated for January 2, the derby match then was put off by a month as a majority of clubs voted for an early winter break.

In that time new midfielder Reo Hatate arrived and then announced himself on a night few Hoops fans will ever forget.

A first nighttime fixture of its kind in over a decade, the atmosphere was electric in Glasgow's east end.

Hatate's fifth-minute opener raised the volume further and he'd then plant another strike past Allan McGregor.

Before Rangers could be saved by the bell, Abada arrived to poke another into the visitors' net and put the Hoops in the title driving seat.

As 60,000 sang along to Oasis hit Roll With It at full-time, it felt like something special was brewing.

Having just assumed their place atop the table in a razor-thin title race, Celtic knew they had to jump on the first opportunity to grow that lead.

Dundee, rock bottom of the table and playing their first game following the controversial appointment of Mark McGhee, looked like a pushover.

But Danny Mullen shocked Parkhead with his opener, only for Giorgos Giakoumakis to fire back with two goals and seemingly put it beyond doubt.

Ryan Sweeney had other ideas from a set-piece and it looked like Rangers were about to get away with their 1-1 draw against Dundee United in the City of Discovery.

Not so as Giakoumakis nodded home the winner, ripped off the shirt, and boldly insisted the title was coming back to the East End.

It was a risky shout at the time, and one that would attract the ire of Gers man Ryan Jack.

But as it turned out he was only telling the truth.

The final derby before the split and it was all on the line.

Win and Celtic would go six clear and take matters out of Ibrox hands completely.

But lose and the gap would have been reduced only to goal difference heading into the final games.

That's how it was heading when Aaron Ramsey turned in the opener in the early stages in Govan.

But Postecoglou's troops had rallied by half-time, leading through Rogic and Cameron Carter-Vickers.

The 45 minutes that followed saw Celtic deviate further from their idolised gaffer's footballing philosophy than ever before. But it worked.

Carter-Vickers and Starfelt rose to the challenge, clearing anything and everything that arrived in their box.

And so to the weekend with Ellis Simms firing the Jambos ahead inside three minutes.

But all that did was poke the beast as Daizen Maeda, Kyogo Furuhashi, Matt O'Riley and Giorgos Giakoumakis blasted four without reply past Craig Gordon.

Daft Punk blasted from the tannoy during the victory lap as those heroes were told to go for it One More Time in midweek.

Celtic squad revealed for Dundee United as Ange Postecoglou spoiled for choice in Premiership clincher
Postecoglou's side can be confirmed as champions at Tannadice on Wednesday night.