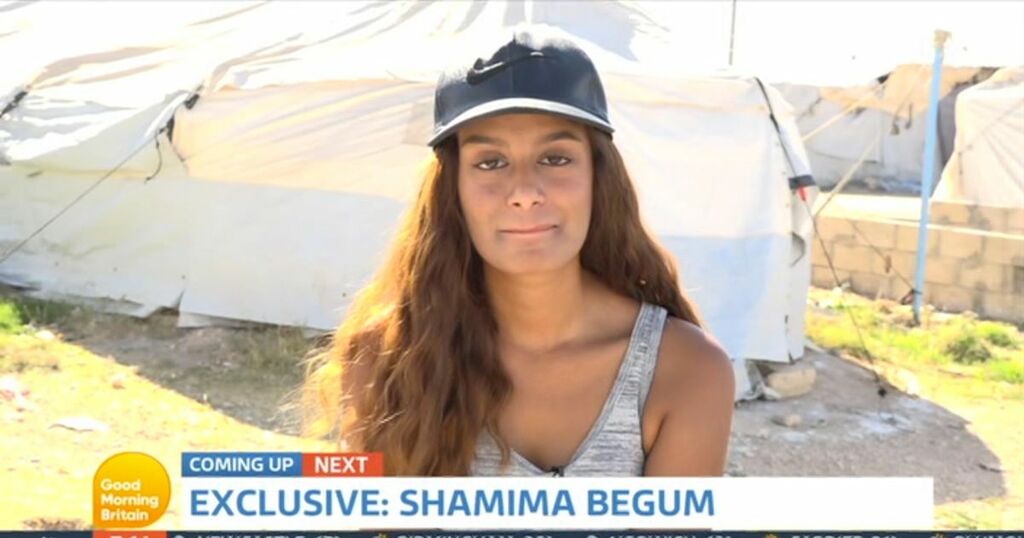 Shamima Begum, better known as the “ISIS Bride” who left the UK at 15 for Syria, gave her first live interview since her infamous appearance on the BBC in 2019, and expressed her remorse.

Appearing on ITV’s Good Morning Britain on Wednesday 15 September, Shamima, now 22, looked completely different from the first time she made headlines, where she wore a large black Chador.

While appearing on-air, the young woman wore a snapback, covering her long and loose wavy hair, as well as a tank top and neon red painted nails.

Shamima was being interviewed by Susanna Reid and Richard Richard Madeley from the Al-Roj Refugee Camp located in Syria, close to the border with Iraq.

Shamima's first interview had gained criticism from many Brits, who viewed Shamima as a threat to the country.

Following her journey to join ISIS six years ago, after leaving her home in East London, Shamima has seen her British citizenship revoked as well as her appeal to come back refused by the British Court.

She has now come back to the camera, with an entirely new perspective on the events, and a more mature attitude towards her actions.

She said she was groomed

The British born woman admitted to having an interest in the terrorist group after being told that she needed to leave for Syria in order to lead a “real Muslim life”.

She admitted that older men had told her that her family would slow down her path to a truer form Islam.

She said: “I was taken advantage of and manipulated into coming here.”

Shamima solely believed that she would get married and have children, as well as living a “pure Islamic life” by joining ISIS.

Unlike her first interview with the BBC in 2019, Shamima appeared remorseful.

“Forgive me,” she said. “I made a mistake at a very young age,” she continued.

She went on to admit that she was living in fear because of ISIS, and could therefore sympathise with the victims of the extremist cult.

She said: “I’ve lost because of ISIS too.

“From the bottom of my heart, I’m so sorry.”

She also said that she regrets making comments about “things she did not know about” when asked why she justified the 2017 Manchester bombings in 2019.

Shamima affirmed neither her, nor her husband, Yago Riedijk, had any connection to the outside world.

She claims that they didn't know anything about the death cult’s multiple attacks worldwide, including the Manchester bombings.

“We were only aware of what was going on within the Middle East”, she said after confessing to not having access to the internet nor being in possession of a phone.

She has received death threats

As Richard questioned the former mum-of-three about her lack of grief and remorse when she was interviewed in 2019 by the BBC, Shamima revealed that not only she was forced to go through the interview, but that she was also being watched by a dangerous group of women.

She recounted her time at the al-Hawl refugee camp in Northern Syria and the fear she felt from women she described as threatening to her life and the lives of others.

“I heard about women attacking other women for uncovering their faces or talking to journalists,” she said.

Shamima went on to affirm that these women were known in the camp for burning people’s tents with their children inside.

“At the time, I had just given birth to my son, I was very protective of him because I lost my other two children,” she said.

She then revealed that the dangerous group of women owned phones, which they used to watch Shamima’s every move in the media.

“I was scared one day they would come and kill me, “ she said.

She said she is ready to go to court

Susanna and Richard confronted Shamima with allegations made against her.

The allegations claimed that Shamima had sewn detonators on bombing vests and played an active policing rule for ISIS.

Shamima disagreed with the the claims and said: “I know that I didn’t do anything in ISIS apart from being a mother and a wife.”

She went on to confess that the UK Government did not have “anything on her”.

She said that the government had no clear evidence of Shamima playing an active role in the terrorist group, “because nothing happened.”

She said would would rather die than join ISIS again

As Richard argued the fact that many viewers might think Shamima would only show more remorse and make different claims because of being on the “losing camp”, following ISIS’ fall, he asked if she would have stayed, had ISIS not lost the war.

She added that if ISIS were to show up at her camp now, she would “rather die than go back to ISIS”.