537 recruits pass out of MLIRC 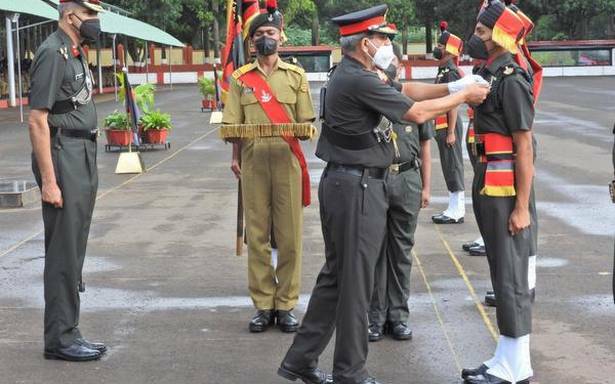 A total of 537 recruits passed out of the Maratha Light Infantry Regimental Centre (MLIRC) in Belagavi on Monday. A ceremonial attestation parade was held at the centre to mark the occasion.

Lieutenant General Asit Mistry, MLIRC Colonel, reviewed the parade. The parade was commanded by Tikle Sachin Shashikant. The parade adjutant was Major N. Sriram. The soldiers took oath in the presence of the national flag and the regimental colours.

The colonel reminded them of the rich heritage and glory of MLIRC, one of the oldest regiments in the Indian Army. He stressed on the importance of discipline and physical fitness.

He handed over prizes to the award-winning recruits. The best recruit award went to Yashwant Ghadge and the Victoria Cross medal was presented to Nande Vaibhav Dilip. The ceremony ended with the laying of a wreath at the Sharqat War Memorial, according to a release.